Efforts to clear up mystery of abandoned Turf Lodge house 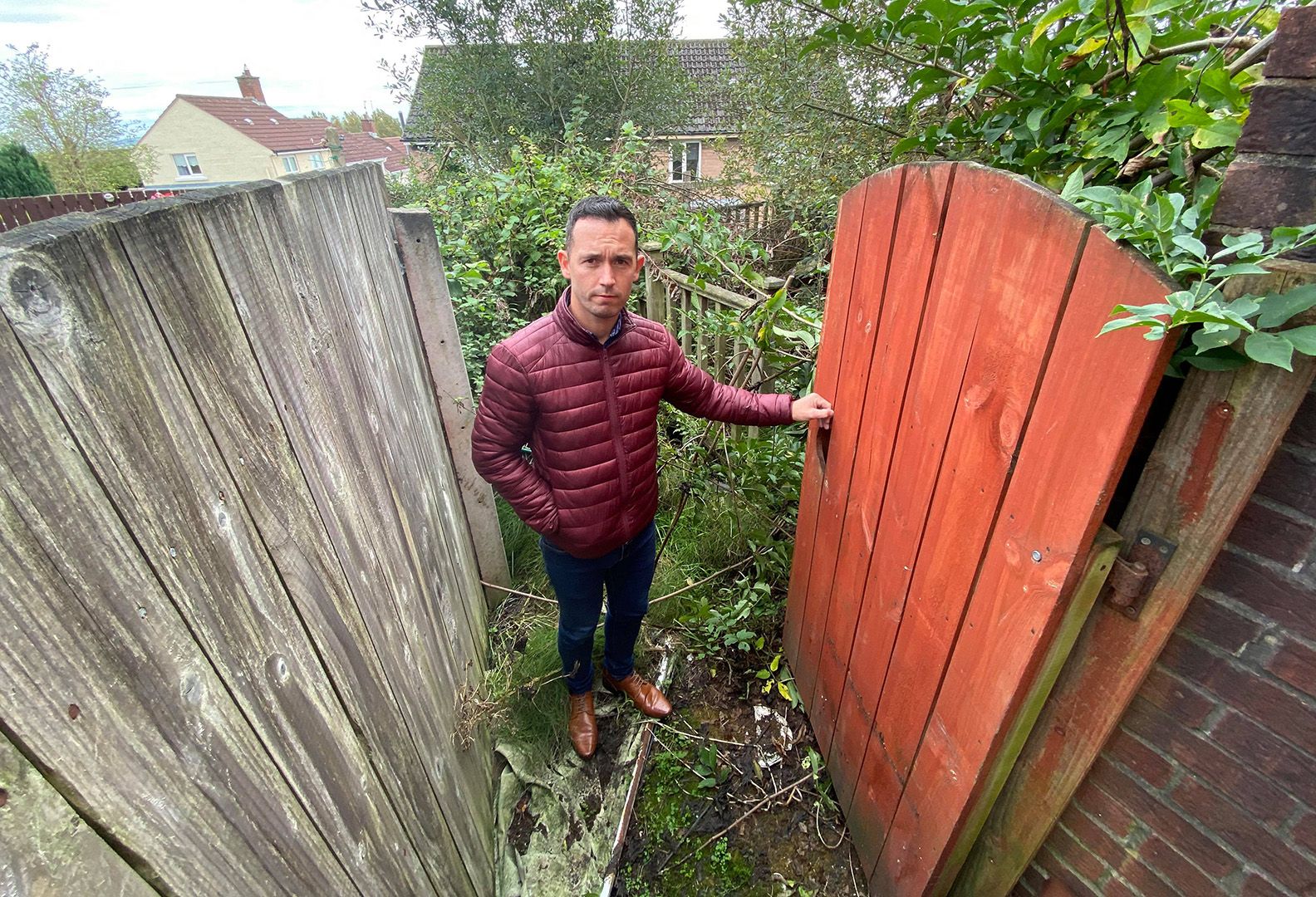 Efforts are under way to identify the owner of an abandoned house in Turf Lodge, which has become a serious health and safety concern for residents.

The house in Norglen Road has fallen into serious disrepair since it was vacated over six years ago.

Residents living near the property say they have been plagued with rodents, which they believe have been nesting in the property. Margo Hawkins, who lives next door to the house, said: “We can’t sit out our backs because we’re afraid of all the mice running about.

“The back is all overgrown and there are Starlings nesting in the house too – it’s terrible.”

Another resident, who wished to remain anonymous, told how a cat had killed up to 20 mice outside her home. Local Sinn Féin Councillor Michael Donnelly said that he has tried to no avail to identify the owner of the property for over a year.

He said. “It’s a four-bedroom house with double glazing windows. The thing is, it’s impacting on the quality of life of residents living here. We’ve had pest control out a few times because of the sightings of rodents.  For over a year I’ve been trying to identify the owner. The Land and Property Registry keep coming back and saying that they don’t know who owns it. My point is – who is paying rates on this house every year? How is it sitting unattended for so long?”

The Land and Property Registry keep coming back and saying that they don’t know who owns it. My point is – who is paying rates on this house every year? How is it sitting unattended for so long?”

With a front window of the property recently smashed, Cllr Donnelly said that the house was increasingly becoming a “hazard” for nearby residents.

“The concern would be, what if something happened to that house now? This is terraced housing so if something happens it will have a knock-on effect for the adjacent neighbours. Land and Property had said that the Housing Executive owns it, but they have done their own checks and said that it’s not their stall. We want to get to the bottom of it because it can’t continue like this with the overgrowth and how it’s affecting other people. It’s a perfectly good home that you could have somebody living in especially given the housing list in West Belfast.”

We contaced a bank which we believe may own the property and are awaiting a response.