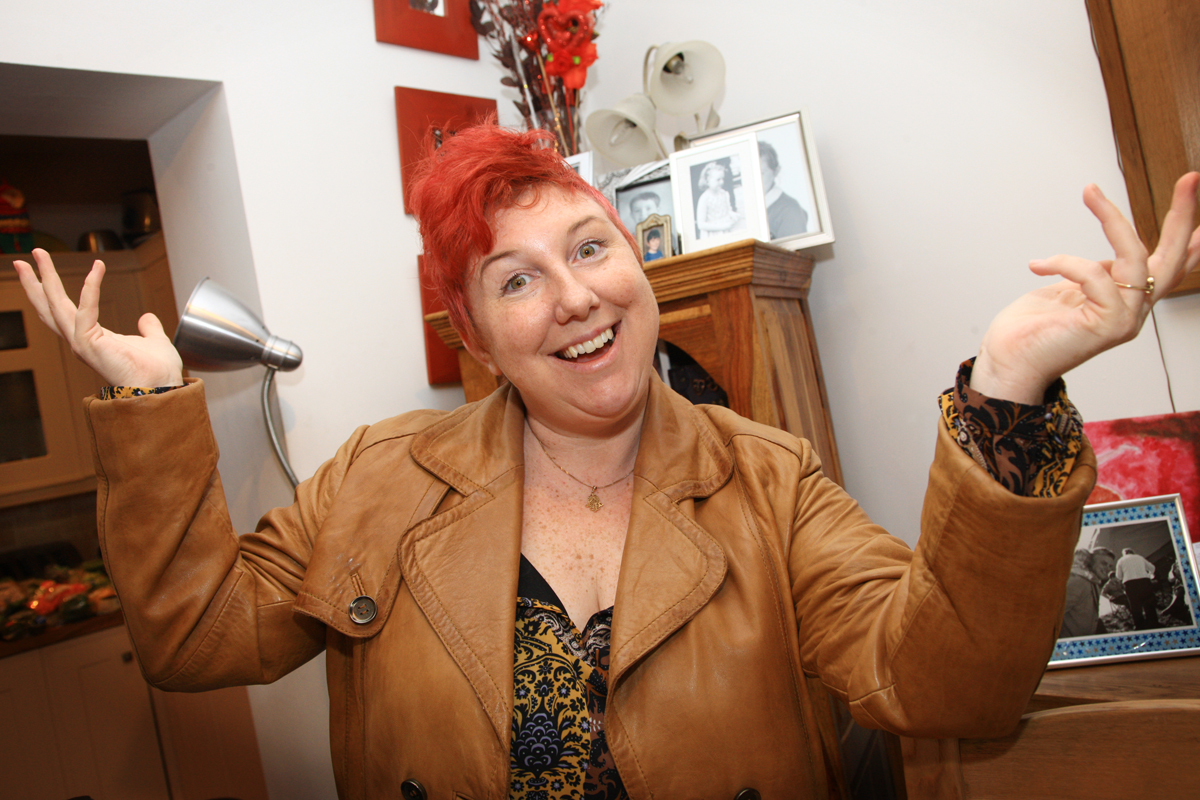 Christina Nelson is a highly-acclaimed actress, director and writer who has appeared in a series of plays throughout Northern Ireland with the Rosetta woman’s latest appearance as the genie in the Waterfront Hall’s adaptation of Aladdin.

I was born in... the Royal Victoria Hospital

I now live... just around the corner in Rosetta. The apple never falls far from the tree

I was educated at…Knockbreda High School

My earliest memory is... playing house in a huge cardboard box in my garden aged about three. I had an ironing board and iron, a table with cups and real buns but I had my brother’s coat on and a stick-on moustache. Consequently now I hate housework but love buns and love getting shows with mad costumes

When I was a child I wanted to be… an actress

I actually became… an actress. I always knew what I wanted to be

Worst job you've ever had… was when I worked for my dad one summer as a sheet metal worker. I hated the touch of the cold metal and constantly got all the work force to take tea breaks and sing and tell stories. After two weeks I was asked to work in the office

Best job you've ever had… I haven’t actually done this job but my dream job would be to go around five-star hotels and say if they warranted their stars. I love holidays

The bravest thing I’ve ever done... is have children

The stupidest thing I’ve ever done... I once thought I’d lost my new iPhone for a whole week. I searched high and low, revisited places I’d been, pulled out drawers and cupboards, and drove my family and I mad. Only to find the blasted thing a week later in my fridge. I must have had it in my hand as I unpacked the groceries

The biggest thing I’ve yet to do... is to play Madame Thenardier from the musical Les Miserables in the West End

The person/people who inspired me most is/are… the people I work with every day, my fellow cast members. Great older actors I have had the pleasure of working with through the years. Right back in youth theatre people like Michael Poynor and Peter Quigley helped get me my Equity card way back in 1987 and the two men who brought circus to Northern Ireland, Donal McKendry and Mike Maloney are a constant source of inspiration. And also my family

The most important thing in the world is... health

I'm very bad at... saying no and making decisions

I'm most proud of... my children

My best friend would say I am... always working

The last book I read was... Peter Kay – The Sound of Laughter

My favourite movie is... It’s a Wonderful Life

The actor that would play me in a movie of my life would be... Bette Midler

The song that makes me dance is... That’s Amore

The song I would have played at my funeral would be... Carabet

The best place I’ve ever been... Jamaica

The place I have to visit before I die is... Jamaica one more time

The last person I talked to on the phone was... my mum

The last text message I received was from... my brother

If I was a politician I would... bring back matrons and clean up our hospitals

If I could describe myself in five words they would be... tired, small, fat, funny, talented

If I could invite five people to a dinner party they would be… Jamie Oliver to cook; Michael Jackson to entertain; Johnny Depp to talk to; Brad Pitt as eye candy and Eddie Izzard to make us all laugh

If I could change one thing about South Belfast it would be... to bring back tree-lined streets

My favourite thing about South Belfast is.. its location