Fury wants to make Belfast his base 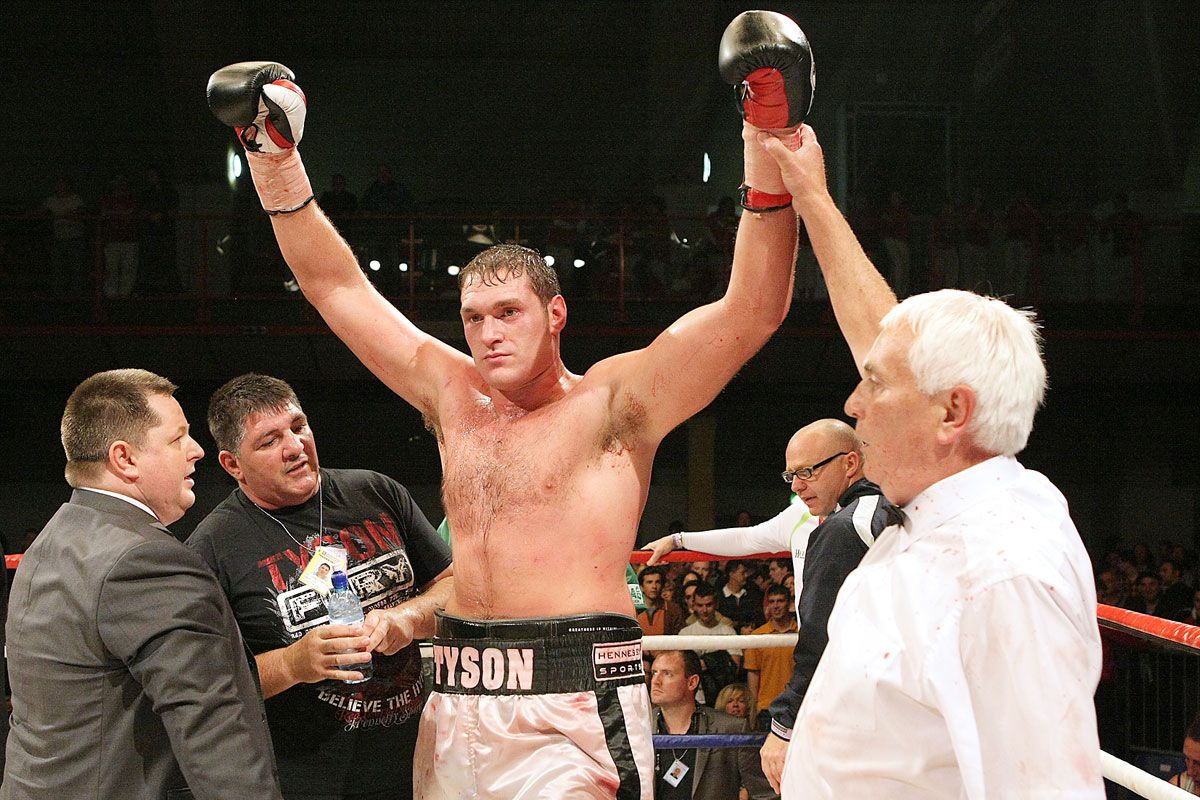 TYSON Fury wants to make Belfast his base and hopes to return to the King’s Hall for  another fight on November 12. The British and Commonwealth champion became the first-ever heavyweight to top the bill at the famous Lisburn Road arena when he stopped American Nicolai Firtha in five rounds of their international contest on Saturday.

Fury was delighted with the reception he received from the Irish fans and is hoping he dazzled the crowd who turned out in numbers on the night.

“I thought it was brilliant and that all the people got behind me, cheered me on and I would hope that I can fight here again,” he said.

“I’m very proud to have been the first heavyweight to headline at the King’s Hall. Hopefully now I can move on to bigger things and win the world title.

“Mick Hennessy is the promoter and whoever he gets next - be it David Price or whatever - I will be willing to fight. I would love it to be here because I want to base myself out of Belfast. I am hoping for November 12 but you know what boxing is like – on and off.”

The 23-year-old opened the fight well and picked up the first two rounds behind the jab.

However, a huge right uppercut seemed to wobble Fury in the third but the crowd favourite recovered well and was back in control in the fourth, dropping Firtha with what appeared to be a push but was ruled a knockdown.

Fury was now well in control and after picking off his opponent with a powerful right hand, referee John Keane called a halt to proceedings and extended Fury’s record to 16-0.

“It was a tough fight. I hope it was action packed for the Irish fight fans but I got the job done,” said the victor afterwards.

“It’s heavyweight boxing – you get hit, you recover and that shows what fitness is all about because I came back from being hurt a bit in the third round.

“He caught me round the side of the head when I was off-balance, but I was alright.

“He took some shots but he was ready to go any second because he was taking too many big shots.

“I’m glad the referee stopped it when he did because that’s how injuries can happen at that point.”

In the undercard, St James’ middleweight Dee Walsh got his professional career off to a perfect start when he outpointed fellow West Belfast man Gerard Healy 39-37 over four rounds.

Walsh showed he could well be one to look out for in the future as he displayed good movement and fast hands to gain control early on and kept up the pace throughout the contest.

‘Waldo’ may well have stopped Healy in the final round but perhaps ran out of gas at the end of the round.

However, the Gary Hyde-managed boxer was delighted to have started his career with a win.

“It was brilliant. He showed he was strong in the first round but I knew I had lots of natural skill and that shone through,” he said.

“I was a bit nervous before the fight and that’s why I was caught by one or two at the start but I thought I won it handy enough and could have won every round. I thought the referee was jumping in to stop it so I suppose I stopped a bit and was hard to get going again at the end, but I’m just happy to be 1-0.”

The bout was originally set for six rounds but was changed to four just prior to the start. This seemed to affect ‘The Tiger’ who got off to an uncharacteristic slow start and only really began to impose himself at the end of the second.

However, this was too late as Hillerby had picked up the early points and was able to stay out of range in the last to nick the decision.

“Originally this was a six round fight and then half an hour before the start we are told it is four so all he did was run,” said a frustrated Tolan.

“I thought he would come to fight but it was like chasing a chicken around the ring there. The referee didn’t warn him once.

“I started to hurt him in the last round. I could see I caught him and his eyes were everywhere but he didn’t want to know

“There are other fights coming up for me but at the minute I’m completely annoyed and disgusted.

“I thought boxing was about the aggressor and I made the fight. I was going forward but all he would do is run.”