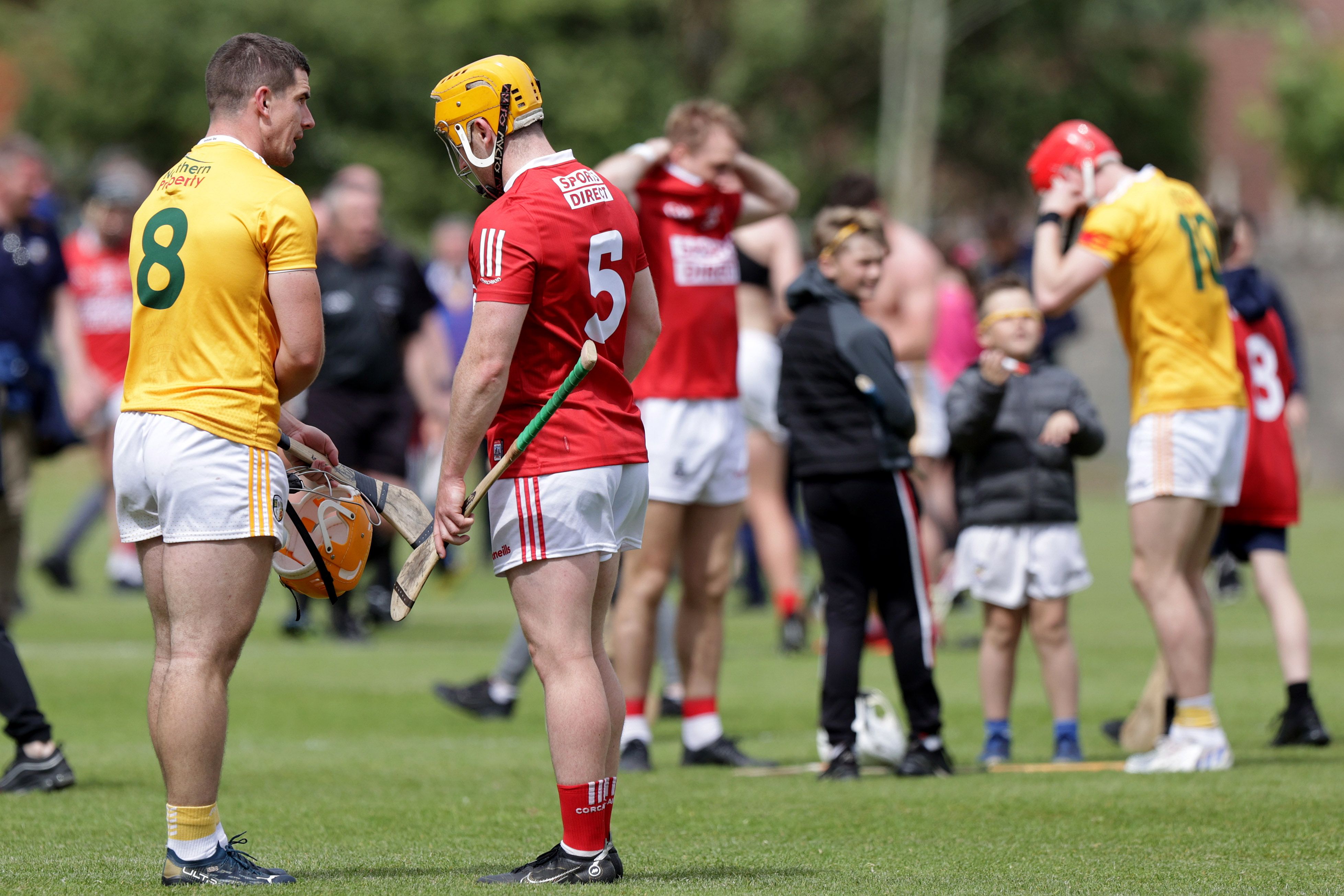 IT'S a sign of the progress made by Antrim's hurlers that defeat to last year's All-Ireland finalists Cork was a disappointment to the players.

The team stayed back in the dressing room for a while after the game but when emerging, could reflect on the season that was with many of their goals met.

Division One hurling is secured for a third year and the Joe McDonagh Cup regained, meaning they will play in next year's Leinster Senior Hurling Championship.

Unlike last year, that will involve a run of games in the six-team group, giving the Antrim a greater grin at the competition that will help them take the next step.

At half-time on Saturday, it seemed they were on course to do just that when leading Cork by one, but the Rebels found a way to get on top and they were able to fend the Saffrons off to advance into this week's quarter-final against Galway.

"It's been a great few weeks," said midfielder Michael Bradley.

"We enjoyed last week and the first half got us through, the second half not so great. We probably should have been ahead by more at half-time.

"Darren (Gleeson, manager) had full belief in us going out there and we weren't surprised. I wouldn't think there were many shocked that we were ahead at half-time, but Cork came out in the second half and picked off their points with a bit of a breeze behind them and just caught us towards the end.

"You could see first-hand there today that Cork were at full tilt apart from Pat Horgan and you'd expect the same team to go out next week against Galway, so we're competing against teams like that and we're disappointed - so that is a good place."

While Antrim were rank outsiders on Saturday, the players didn't feel that was the case and fully expected to win the game.

The development under Gleeson has been remarkable where this Antrim team is not hurling to a high standard and is seen as a viable threat to teams given the results and performances over the last number of years.

"One of the main things playing under Darren is that self-belief," said Bradley.

"In years gone by, when we conceded an early goal the heads might have gone down. But there is plenty of belief in that dressing room.

"We'll go back to the clubs now and enjoy the Championship and the rest of the league, but I'd say everyone can't wait to get back and see the National League again and a bit of pre-season."

With Tipperary and Kilkenny two of the teams who will travel north in next year's National League, plus home Leinster fixtures still to be decided, it is a very exciting 2023 in store.

Remaining in the top bracket in both League and Championship is vital,  Bradley insists, with the St John's man reflecting on a fine season that he hopes is just the beginning for this group.

"We had three objectives at the start of the year and we reached two of them," he revealed.

"We're back competing at that level with the Corks and Grade A teams where we want to be at.

"It's a good position to be when you are losing to teams like that and are disappointed. The only way to get top to that level is exposure to it, so another five games in Division One next year is the bread and butter for us.

"We need to be maintaining that Division One status and it's probably one of our main concerns next year to stay in Division One. The more exposure to that level will do us the world of good."