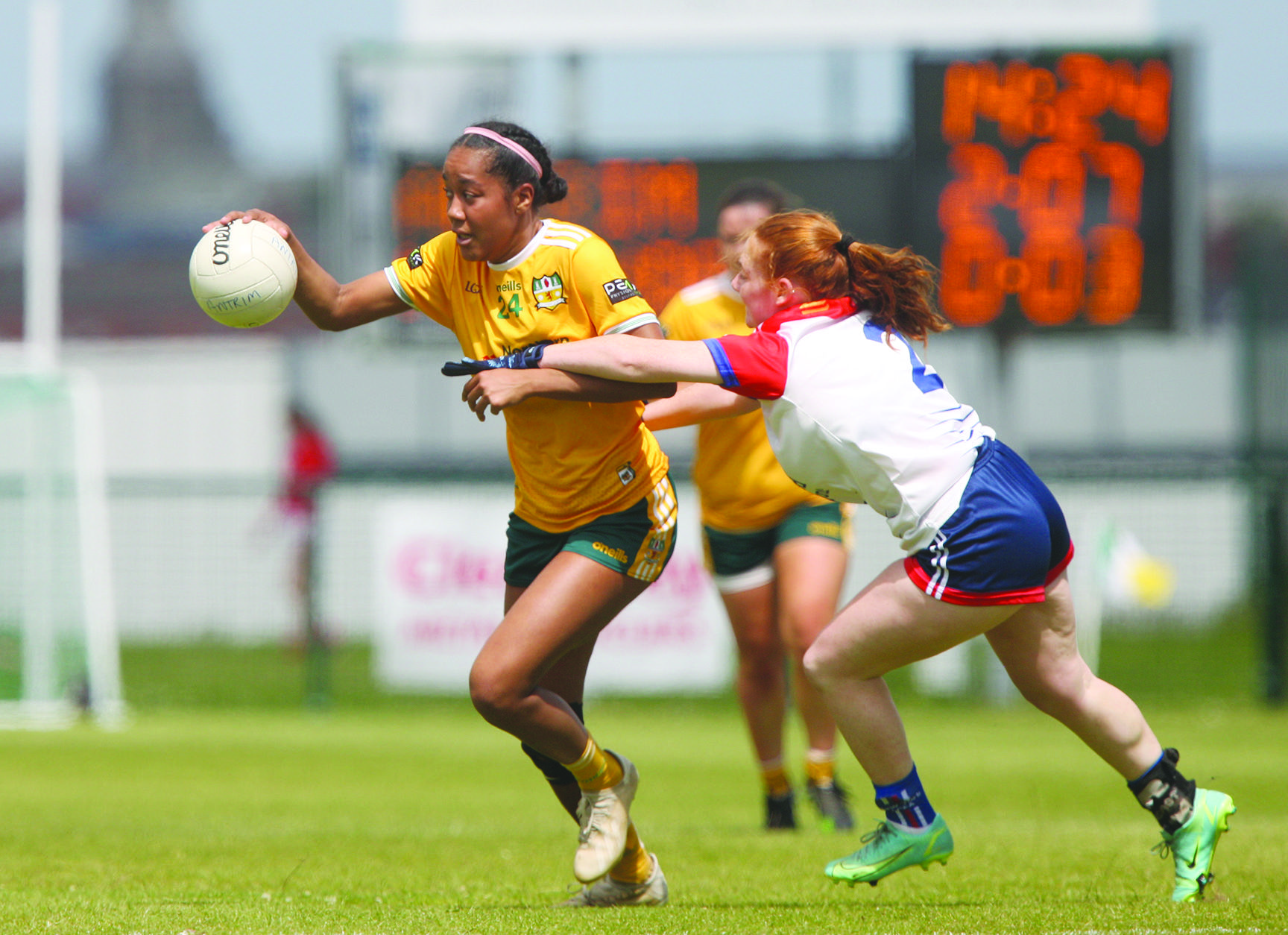 Antrim were convincing winners over New York last month, but manager Emma Kelly has urged her side to produce an improved performance against Carlow on Sunday as they bid for a return to the All-Ireland Junior final Thomas McMullan

ANTRIM Ladies manager Emma Kelly is braced for a stern test on Sunday as the Saffrons face Carlow with a place in the All-Ireland Junior final up for grabs.

Kelly’s side booked their place in Sunday’s semi-final in Louth with a resounding 7-19 to 0-8 win over New York three weeks ago at Davitt Park, and whilst the manager was pleased with the performance, she is still calling on Antrim to be more ruthless in front of goal.

“We got there in the end,” she reflected.

“I didn’t think our scoring efficiency was good enough in the first half. We had created a lot of chances, but we failed to get points on the scoreboard.

“We stepped it up in the second period and overall, it was a good performance.

“A lot of girls who haven’t had much game time so far got game time against New York so it was good to see what they can offer.”

Looking ahead to Sunday’s semi-final and Kelly is wary of the threat that Carlow pose and believes it will be an even contest between two well matched sides.

The Barrowsiders have enjoyed comprehensive victories over Derry and London as well as a hard-fought win over Fermanagh on route to the semi-final stage.

“We played them last year twice and it went to extra-time both times, so it will be tight.,” the Antrim manager accepts.

“They’re missing key players from last year and so are we. We haven’t played them this year so again they’re a bit of an unknown quantity as New York were.

“You can watch all the videos you want but it will come down to the day. It’s a semi-­final so both teams will be out and gunning for it. I think it will go down to the wire but hopefully not extra time again.

“I want us to play a full 60 minutes instead of our usual 20-minute spell here and there. If the girls turn up, I’m sure that we have the belief and ability to get over the line.”

Get behind our Senior Ladies who face @CarlowLGFA in the @SportTG4 @LadiesFootball All Ireland Junior Semi-Final this Sunday!
Get your tickets online 👉 https://t.co/5SA6CZhx1X
If you can't be there in person watch live online 👉 https://t.co/QEtHeVmnYm#SaffsTogether pic.twitter.com/Xf85Hyd5dU

Kelly is aiming to guide Antrim to a second successive All-Ireland final appearance where they will be hoping to enact revenge after they were beaten finalists last year, losing 2-17 to 1-9 to Wicklow.

She believes that the carrot dangling in front of her players of the chance to right the wrongs of last year for those who were involved, and the opportunity to experience the Croke Park atmosphere for the first time for those who weren’t in the picture last season, is all the motivation her squad needs for Sunday’s game.

“We don’t have that many girls that were there last year so a good few haven’t experienced the Croke Park atmosphere so I’m just hoping they have seen that its 60 minutes of football ahead of them to get to Croke Park,” Kelly outlined.

“For the girls that did play last year, they know they need to make up for a lot of mistakes that were made so they are gunning to get back to try rectify that.

“This is the year you want to get out as Down and Sligo have both been relegated so it will be really tough to win Junior next year with those two counties down in this division.

“We really need to push on and get across the line and get out of junior and then focus on division four to get out of that next year and drive on.”

She continued: “Everybody wants to get to a Croke Park All Ireland final, that’s the place you want to be either as a player or manager.

“There’s a good buzz around the camp and the county. A lot of the young girls look up to our girls and they can’t wait to hopefully get back to Croke and show their colours.

“Last year clubs weren’t allowed to bring bus loads of kids down but this year they’re all allowed back so it would be great to reach the final and then have the support there, but there is no point talking about Croke Park until we get across the line on Sunday.

“We will hopefully do the business on Sunday and can start looking ahead to Croke Park after the game.” 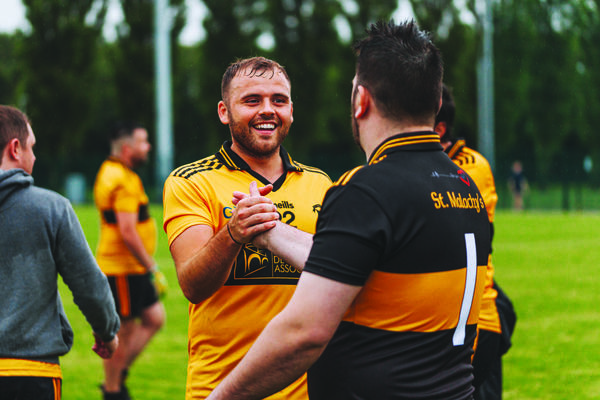