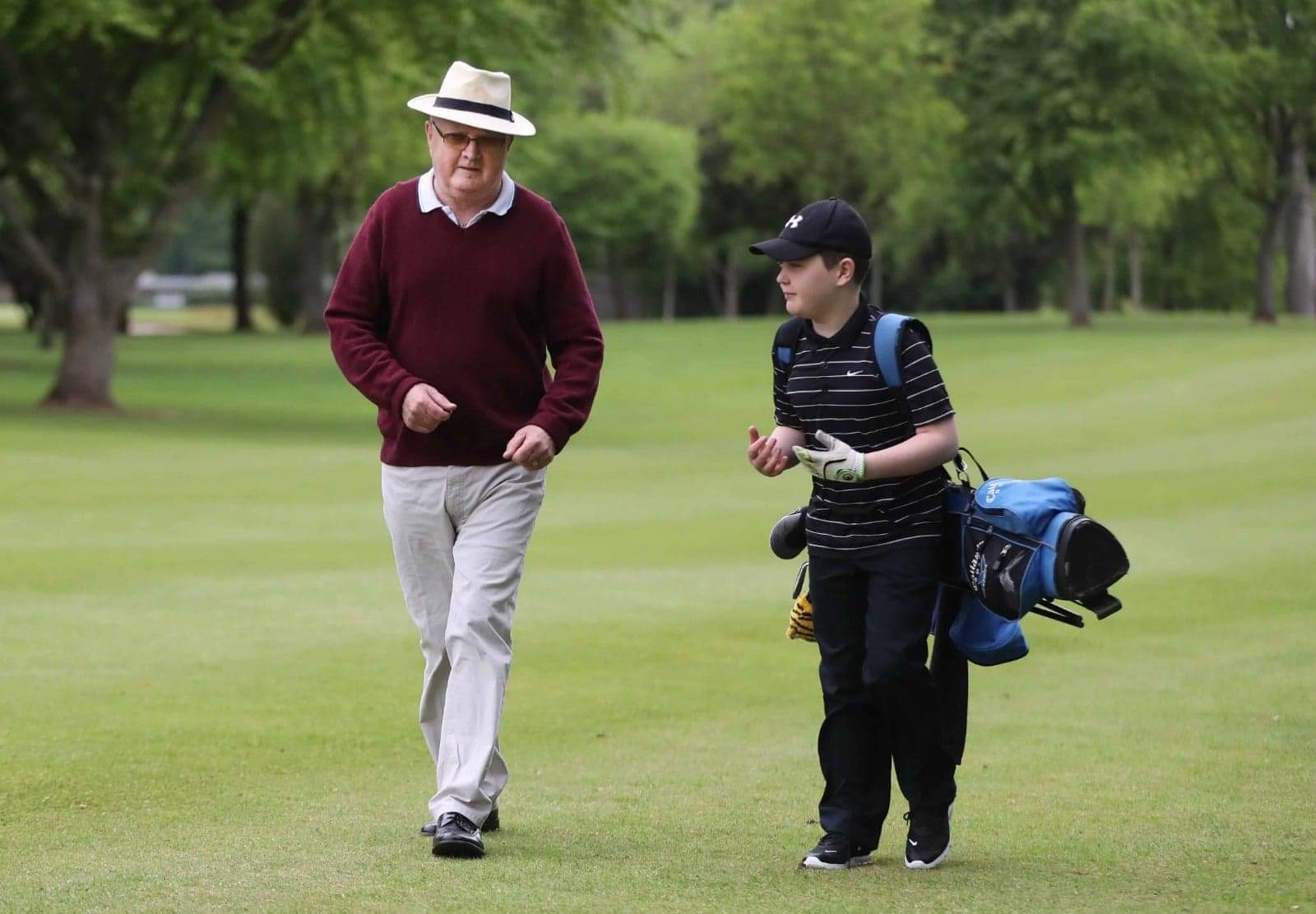 HOLE IN ONE: Aaron and his grandfather Kevin walk the course

A MEMBER of Dunmurry Golf Club had onlookers doing a double-take when he hit a beautiful hole in one  ­– aged only 11.

Twinbrook lad Aaron O’Reilly, who is a member of the club along with his father Seán, hit the kind of shot veteran players can only dream of  last Thursday when he was out for a round with his granddad Kevin. And as if that achievement at such a tender age wasn’t impressive enough, the primary school boy was playing off the adult tee.

Having only picked up his clubs two years ago, Aaron, who is set to become a First Year pupil at St Colm’s High School this September, told the Andersonstown News that he felt “really excited” achieving the ultimate golfing shot so early in his golfing career.

“I felt really amazed, it was brilliant,” he said. “I have been going to the golf club with my dad and go to the Colin Glen driving range once a week as well. I hit my driver off the white tees that the adults play on and it went on the green and into the hole.”

Asked which golfer inspires him most to shine on the fairways and greens, Aaron picked out current world number two, American Justin Thomas, as someone whose game he admires. Aaron’s beaming granddad Kevin spoke of how proud the family are of his incredible sporting achievement.

“We are just so proud of Aaron, he told me he wants me to carry his clubs for him and I told him we have to talk,” smiled Kevin. “Aaron goes to a tutor down the Blacks Road, a fella called Peter Martin, once a week. Aaron has been playing two years now. I’m very proud of him, I’ve told him if he wants me to be his caddy he has to pay me ten per cent.”

And Kevin was quick to remind readers that he has achieved the golfer’s dream himself. But did he hit his hole in one on the same course?

“It was at the pitch and putt, actually,” he laughed, “so Aaron is only the second O’Reilly in the family to do it.”

The proud grandad said he couldn’t be happier to see his grandson improving his game all the time.

“It’s brilliant to see him do so well,” he added.