Heroin tightening its grip on Falls 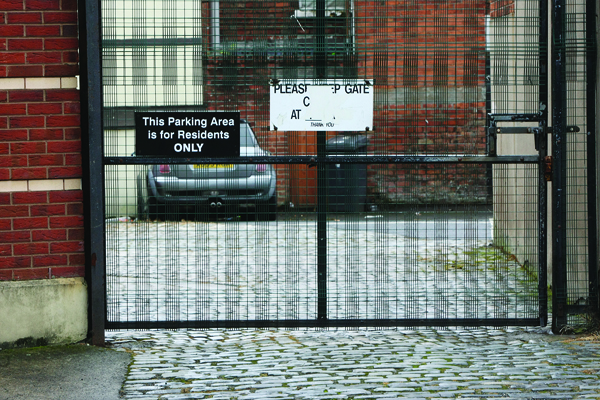 RESIDENTS of the lower Falls are “terrified” of leaving their homes due to the increasing drug use which is taking over their streets and communal areas.

They claim the problem has escalated since a lock was recently removed from their gated car park at the junction of Hamill Street and John Street.

One resident said: “It was bad enough when people shopping or going to work would park their cars and actually use their own padlocks to lock the gate locking us in, but now we have heroin users and dealers gathering in the area.

“It’s a real issue. Every day more and more drugs are being brought into the area and we need something to help keep them away from our doors.”

Pillows, sleeping bags and clothing are tucked away in the area. Images on social media showed young people writhing around on the ground, reportedly high on illegal drugs.

“We have liaised closely with both local residents and elected representatives on the issue.

“In light of recent incidents, we will review the situation to find a permanent solution.”

West Belfast MLA Fra McCann said he is trying to find a solution for the deepening problem.

“Residents have been in touch with the Housing Executive on a number of occasions recently trying to get the back sorted.

“We have a serious problem in the general area, especially regarding the increasing heroin use and people have said that non-residents have easy access to the back of the premises where they come to take drugs or use the side to peddle drugs. The situation has become a daily difficulty for the residents living in the community. I spoke to the Housing Executive in the last couple of days and asked them to look at a new type of gate where the lock can’t be removed, perhaps a fixed mechanism where they don’t have to face the prospect of the lock being cut off.”

Mr McCann added he is working with different departments to limit public access to these residential areas so people can once again feel safe in their own homes.

PSNI Inspector Uel Boyd said following reports of anti-social behaviour police have increased patrolling to address the issue. “We have also been working with local landowners to have shrubbery and foliage reduced and removed to further deter this kind of anti-social behaviour,” he added, appealing to anyone with concerns or information about it to contact police on 101. Alternatively, information can also be provided to the independent charity Crimestoppers on 0800 555 111.