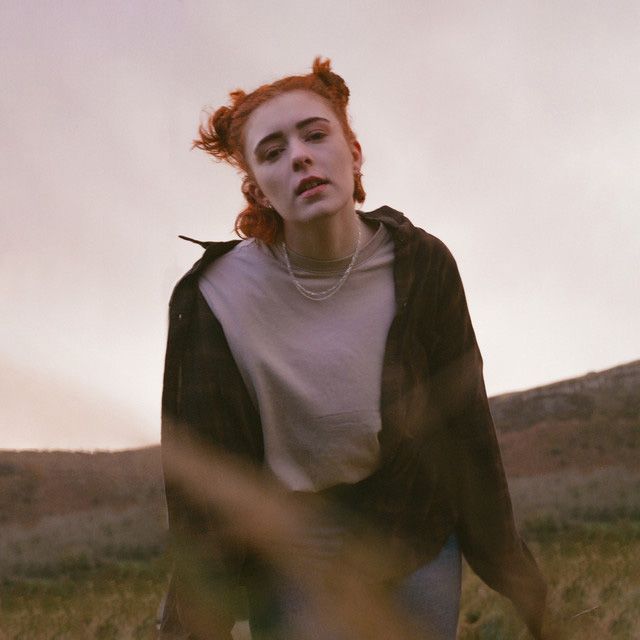 VOICE: Leading the charge in this week’s line-up of new singles is Derry’s ROE, who’s off in a new, strong direction

NORTHERN Winds returns to home turf after several weeks abroad with some of our finest artists, just in time for festival announcement season to go into full swing.

There are a number of opportunities to see home-grown artists take the stage alongside international talent, the best of which will be detailed below alongside some excellent new releases this week.

There's been an influx of new additions to some already hefty festival line-ups that help flesh out the summer for the punters, as well as new announcements that should have us all excited. First off, we have the Dublin edition of The Road to The Great Escape, the Irish showcase that will assemble a line-up of hopefuls ahead of the Brighton festival of the same name later in the year, announcing over 100 new acts. Taking place from May 11 to 14, the festival includes Irish household names like CMAT, Bicurious, Conchúr White, Tolü Makay, The Scratch and more. An essential gathering for those interested in the next wave of Irish artists who will be taking over the globe.

Meanwhile, in Belfast, AVA announces its seventh consecutive Boiler Room performance for this year's festival. The worldwide DJ promoters at Boiler Room have been on board with the festival since its inception and it is great to see them continue to platform local artists such as BRIÉN and Mark Blair.

These festivals are joined by the likes of Otherside and Body&Soul in their announcements, proving that this summer season is set to be the return to performances and art that we all deserve. Good thing that all the bands playing are putting out some of the best music we have heard in a while.

Take the newest single from Fontaines D.C. The Dublin band added a third date to their Vicar Street residency following the first two selling out in a single morning.  To celebrate they release the namesake single from their third album, ‘Skinty Fia’, where they show they're not afraid to mess with the formula. Rhythm sections that pull from shoegaze and hip-hop are immediate, with the album's now omnipresent metallic gloom hanging over frontman Grian Chatten’s whip-smart, dour delivery. If the singles are to be believed, looks like their third go-around could promise to redeem their disappointing second.

Staying on the rock side of music, we have the newest track from Really Good Time to keep you warm in the snow. Already making a splash with an upcoming UK headline tour, built off the back of only two songs, the hype is palpable. Ahead of their headline Dublin show in the Grand Social, checking out their newest track ‘Afternoon Tea’ is essential. With the droning mantra of ‘Don’t Touch The Good Cups’ set against a grinding roar of alternative rock and soapy, distorted production. A very exciting band, coming to a pub near you.

And as always, we end this week's column with a look at some of the most impressive releases from independent artists over the last week. Derry’s ROE leads the charge here with her first single of the year. Having just headlined the Oh Yeah Centre in Belfast, ‘I Dare You’ signifies a new, strong direction for the singer-songwriter. The bombast of the electro-pop has been ditched for big choruses and chunky, dancey riffs.

We also have the lo-fi indie of EFÉ’s new track ‘KIWI’. Small bops and created sound punctuate the dreamy production on this track, with a beautiful arrangement of starry keys, backing vocals, neo-soul and easy-going acoustics. It’s the latest in a strong run of singles that hope to signify an on-coming larger project.

And finally, we have the debut track from a band that I can’t seem to avoid these days. Belfast’s Chalk is a grimy, distorted slice of spoken word, slick baselines and fierce intentions that devolve into a maelstrom of metallic guitar and drums. One for the headbangers.