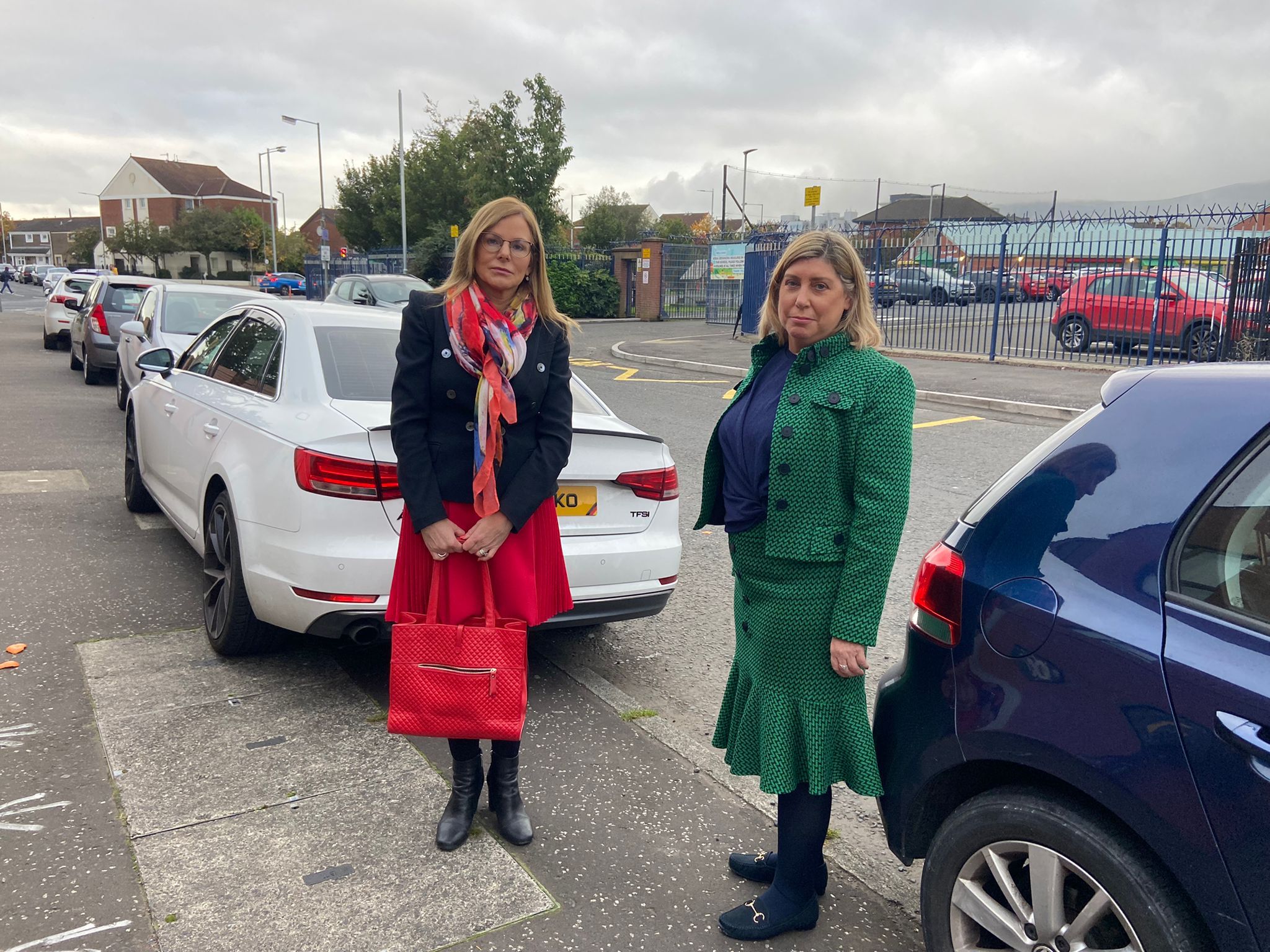 It comes after Cllr Black submitted a motion to Belfast City Council last Monday, calling for the department to carry out a review of road surfaces, safety measures, parking restrictions and accident volume.

Ms Weir said the Cullingtree Road, a busy thoroughfare where the her school is situated, is an "accident waiting to happen".

"Cullingtree Road is extremely busy," she said. "It's not just people from the local area who use it, but there are drivers who would use it as a shortcut going from the Falls Road to get onto the Grosvenor Road.

"At certain points in the day there seems to be a mass of cars and traffic using the Cullingtree Road. Our school gates are right near the Grosvenor Road and Cullingtree Road junction, which is very, very dangerous road.

"What we're finding is that people are parking directly facing the school gates. On the other side of the road we have people who work in the town or elsewhere parking to avoid parking costs. We have children who have to cross that road and they have to go between parked cars, and it's dangerous. We're just waiting for an accident to happen."

"The roads around here are being used as rat runs and quick link routes to zip across the city, and they're also being used as car parks.

"You have children trying to make their way to school on uneven surfaces, on roads where drivers are trying to avoid potholes and could be driving erratically. It just makes it so hazardous for all of the families in the areas."

She continued: "We would like to see the rollout of the pilot parking schemes that are in place for residents elsewhere rolled out to other inner city communities.

"The inner city and surrounding communities are the main roads into the city centre, and they run along the Westlink, so we would like to see the residents parking scheme implemented. We need that to be one that recognises that this is an area of deprivation, and there can't be any additional cost to residents.

"We were also hopeful that if a family don't have a car, that they are still given the opportunity to use the space outside their home.

"The other ask is that the side streets are reviewed in light of the volume of traffic that's going through them to put a bit of urgency on getting the potholes repaired."