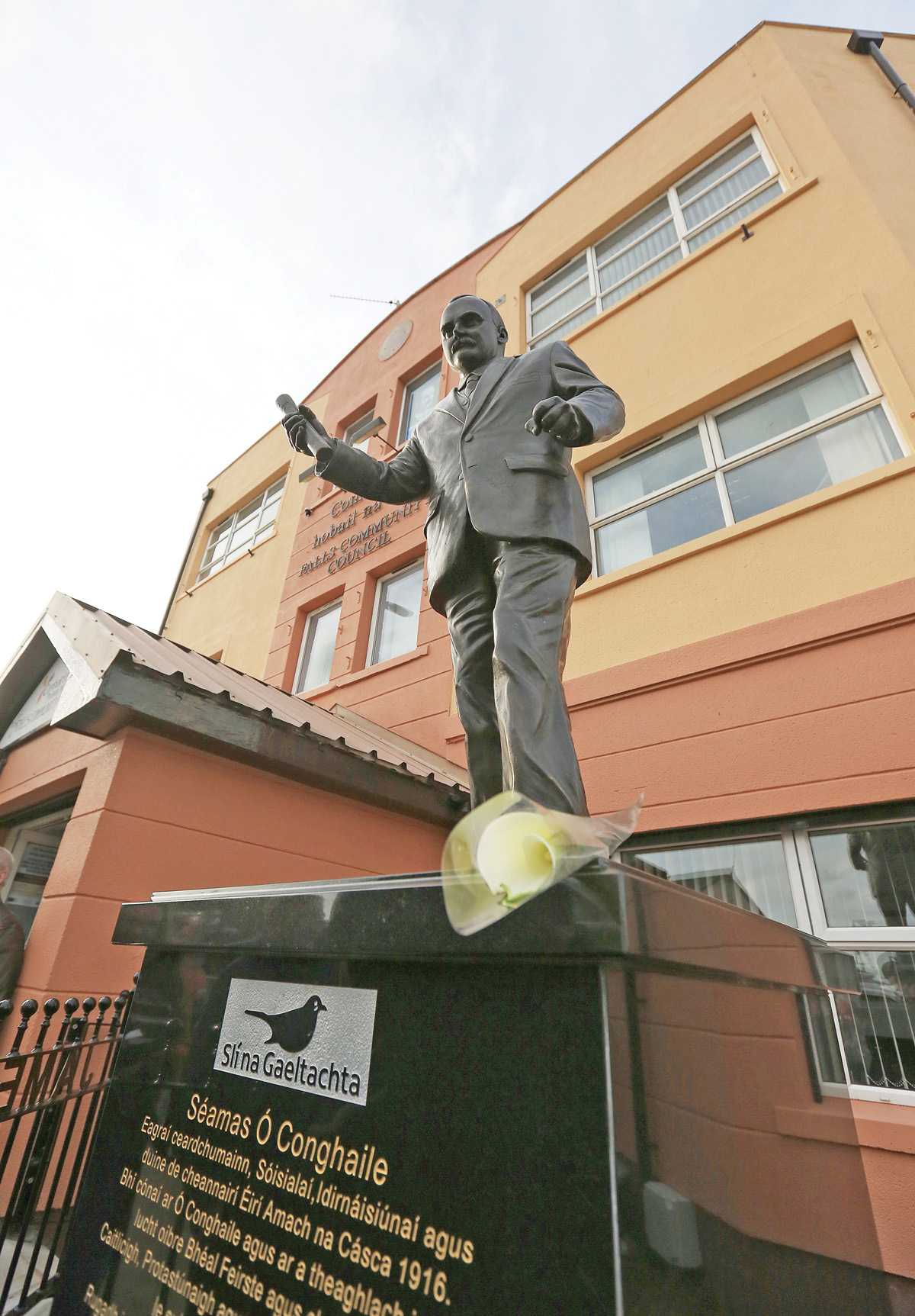 The statue to James Connolly that was unveiled last year on the Falls Road. Work on a new centre dedicated to his legacy will soon begin on the same stretch of road

Plans to create an interpretative centre on the Falls Road focusing on 1916 leader James Connolly has got a fillip from New York City’s transport workers.

“Both New York and Belfast are products of industrialization and both share histories of struggle and conflict,” he told conference delegates gathered in the American Irish Historical Society building on Fifth Avenue.

“Although our union was organized in the New York City subway system in 1934, our story begins in Ireland. Many of our founding fathers, including our first president Michael J. Quill, came across from Ireland’s 32 counties. Quill and the other founding organizers were inspired by the legendary labor leader who called West Belfast home and whose name will grace this wonderful centre on the Falls Road – James Connolly.”

Samuelsen, who now heads the TWU in New York City and was elected as National President in May, said Connolly’s commitment to equality inspired the TWU.

“In 1935, during TWU’s earliest organizing drives among the Interboro Rapid Transit subway system, Quill reached out to the IRT’s black workers who were the lowest-paid and relegated only to Porter positions. No other attempt to organize had ever included the black workers. The TWU broke the bosses’ color barrier.”

The TWU leader said he looked forward to the day when “this incredibly important James Connolly centre will open”. He added: “It will keep Connolly’s legacy alive and thriving and form a constant reminder that workers standing together, regardless of craft or what the final line on the paycheck reads, remains the most powerful force for freedom in the world.”

Labour unions across the US have already pledged almost $500,000 towards the $2m cost of the new centre but Samuelsen doubled down on his own union’s pledge at the New York-New Belfast conference by pledging an additional $50,000 to the kitty.

That commitment was welcomed by Harry Connolly from Belfast who is pioneering the new centre development.

“We have now secured a suitable building just a few hundred yards from where James Connolly lived on the Falls Road and hope to being work soon on what will be a major regenerative initiative for West Belfast,” he told those gathered.