LIAM MURPHY: Just another day on the buses of Belfast 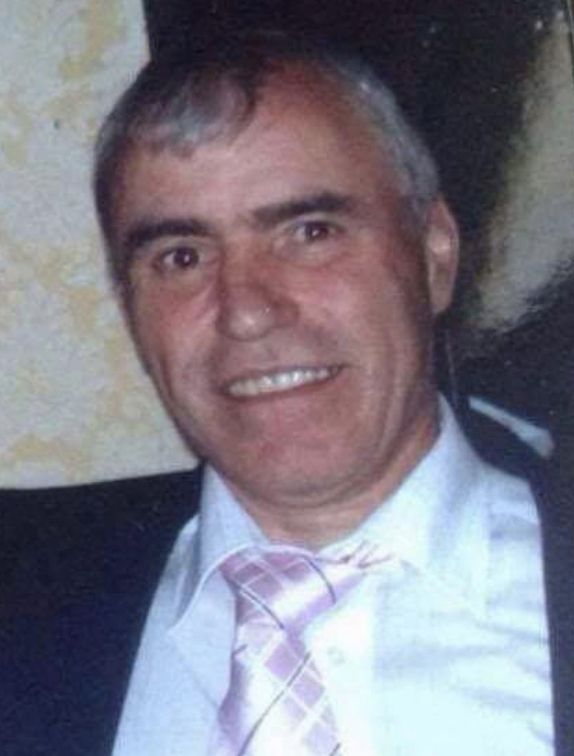 TICKETS, PLEASE: Bus is definitely the best way to travel around town and they have come a long way since the trolley bus; ‘Cars are for country, buses are for town,’ said John O’Connor

ON browsing through Facebook on my phone  a few days ago I found a tribute to a dear departed old friend of mine and the accompanying photograph brought back some great memories. Just then, the bus I was waiting for arrived so I put my phone back in my pocket, donned my mask and presented my freebie travel card to the machine while grunting, “All the way,” to a disinterested driver.

Without much thought I made my way upstairs and sat down in the front seat. I unconsciously chose the left hand side and as I automatically retrieved my phone from my pocket I once again looked at the photograph of John O’Connor.

John loved the buses. Being of country origin he liked cars too but he used to say, “The cars for the country and the buses for the town.” And so he became a regular user of the city’s buses as he travelled  to and from his city centre pub from his apartment on the Antrim Road.

His favourite seat was front right on the upper deck whereas my favourite is front left. In my opinion the best seats on the bus are upstairs, or as they say in Tandragee, “on the roof”. I can remember speaking to John about travelling “on the roof”. We agreed that it enabled us to “look down” on everybody else. John admitted to being surprised that I had spotted him upstairs for he maintained that when people on the street look into a bus they usually concern themselves with the lower deck.

It's true to say that John and I enjoyed the birds-eye view of points duty policemen, ladies’ hats and other colourful distractions. You read the hoardings at eye level and as the bus moves out of the city centre you have a great view of people’s back gardens. When a train passes you can count how many carriages there are ,as opposed to being downstairs where you are treated to just noise and rattles.

Sitting in a front seat has many advantages. You have more light if you want to read your newspaper and a wider field of vision if you want to look around you. You have more leg room, there's usually a little shelf in front of you where you can put your gloves and (I'm thinking back to the ancient past) place your matches and pouch as you load up your first pipe of the day. You can hang your umbrella knowing that there is no-one in front to knock it down so you won't have to say, “Excuse me.”

I prefer the left. I suppose I can wave at people about to get on at the bus stop in the hope that they might join me and pay my fare when the conductor (remember them?) comes up or if it is a wintry wet morning to look smugly at strangers at the bus stop who can't get on because the bus is full. I think John preferred the right front seat because he could see himself driving, changing into super low gears, wrenching an imaginary steering wheel as we round the sharp corners. When playing for St Enda’s he was always on the right wing with a good right foot and when a row broke out his right hand was effective, too.

Our tram gallery showcases some of the most recognisable forms of transport that carried people through Belfast and arterial routes into the city.

Learn more in a collection story about them and the change in public transport throughout 20th century: https://t.co/8AG2pyHXtj pic.twitter.com/UKH5WLcQzr

The problem with downstairs seats is that they are too near the ground. All the lively ones are up “on the roof” while you are stuck down in the hold. You look out on a level at daft signs such as “Eggs reduced today” or frosted glass while up above,  they see tumblers on counters and dentists pulling teeth! As you can't look out through the side windows for very long without getting a creak in your neck you end up looking straight ahead – at somebody else's neck!

Now and again you may have the pleasure of listening in to “says I” discussions  but mostly you just sit and stare. We hear many funny stories about inebriated performers but they are a rarity nowadays apart from the last buses of the night.

On the bus the other day (it was a single decker) I had to sit at the back and the facing seats were labelled ‘No Seating Here’ because of Covid-19 restrictions. In normal times these are the worst seats on the bus. Never a word is said, but if looks could kill! In these seats you can't look straight in front of you without finding yourself staring into another face which is glaring at you and silently saying, “What are you looking at?”

The upper deck is the place to be. Downstairs you have the people who keep the country going, the ratepayers, the heavy overcoat brigade, the amateur politicians and the serious shoppers, all of whom keep one eye on the bus stops.

In situations such as this today John would have told the other passenger how suitable the mask was. The only other  way to deal with this is either to get off and walk or  admire the back of your gloves on top of your umbrella or to begin an imaginary conversation on your phone. Old people like these seats knowing they are usually empty as well as females of a certain age who like to look to be looked at and act haughty and cool.

The upper deck is the place to be. Downstairs you have the people who keep the country going, the ratepayers, the heavy overcoat brigade, the amateur politicians and the serious shoppers, all of whom keep one eye on the bus stops.

Up “on the roof” you have a very different set of people, young men  without a care in the world discussing their favourite football team, young ladies very conscious of the engagement rings under their gloves and middle-aged people who are proud of the fact that they can climb the stairs almost as well as they did twenty years ago and who draw in their bellies, stick out their chests and tell you, “It's a lovely morning.”

That's why you would never have found people like John and me up there until midday or later.