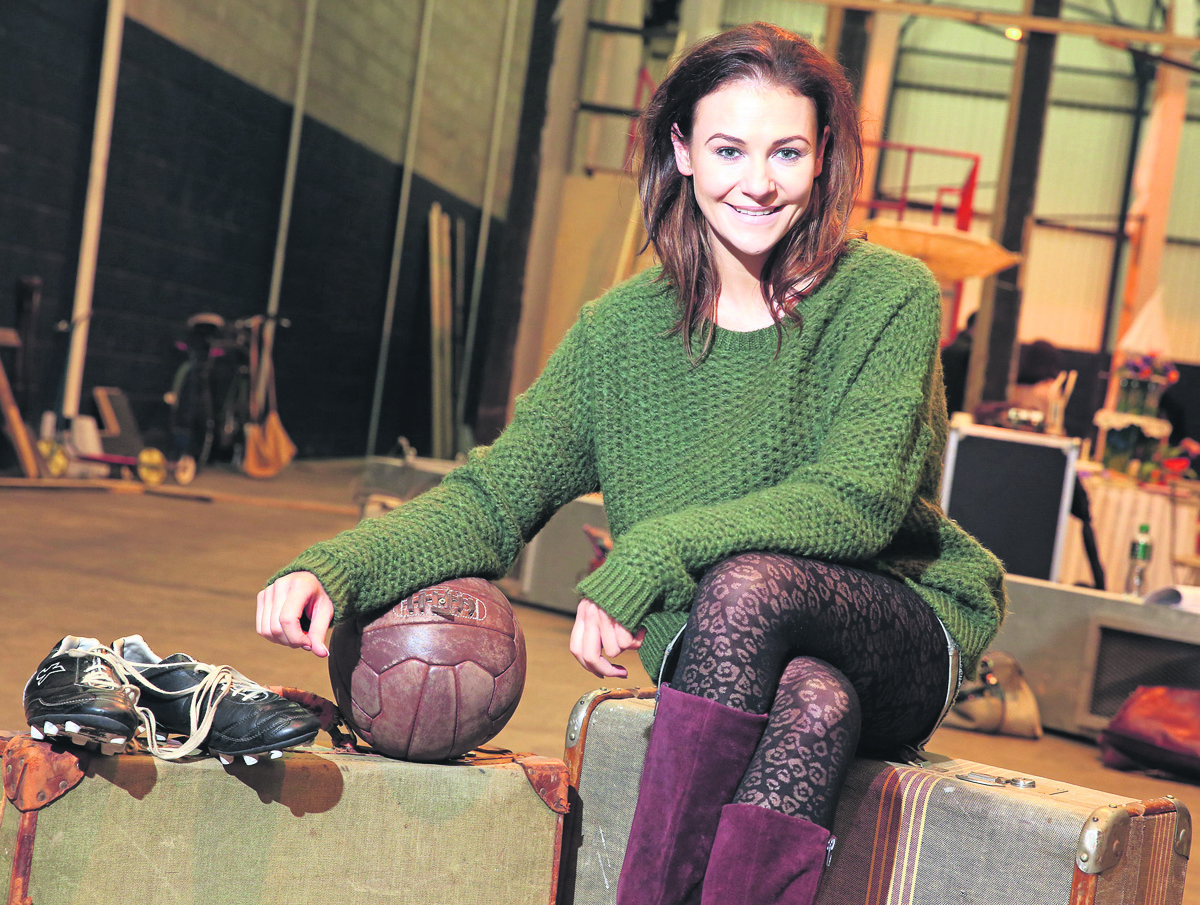 Kerri Quinn comes from a family of Manchester United supporters

As the tenth anniversary of the death of soccer legend George Best approaches a cast member of the hit musical Dancing Shoes says she’s delighted to be back on stage in time to mark the date.

November will mark 10 years since the death of the Manchester United and Northern Ireland great and calls to bring the show – which first ran in 2010 – back to Belfast have been answered with a 10-day stretch at the Grand Opera House this month.

Kerri recently wowed audiences with her performance as Sally Bowles in Cabaret at Belfast's Mac Theatre at the end of last year and says she feels she’s come to know the Dancing Shoes characters well.

“I’ve had many roles throughout my career of about 10 years on stage but this role resonates with me as a kind of starting point and I owe a lot to that first conversation with co-writer Martin Lynch,” she said.

“The demand for this play to keep coming back is phenomenal. I suppose everyone has an association or at least knowledge of George Best and his lifestyle but this play really hits home the highs and the lows of his story.

“From a personal perspective I come from a family of Manchester United fans so they find it quirky that I play the role of two women so influential in the life of one of their heroes.”

Co-written by Martin Lynch and Marie Jones, Dancing Shoes – the George Best Story tells of the turbulent and colourful life of one of the greatest footballers the world has ever seen, from his childhood days kicking a tennis ball against a gable wall on the Cregagh estate to a life of fame, fortune, controversy and ultimately tragedy.

Kelli explained how she had been working in a bar when a friend’s recommendation about her vocal talents led to a meeting with playwright Martin Lynch.

“I met with him and straight away I knew this role was perfect for me,” she said. “I still had to audition like everyone else but I’ve been grateful for that opportunity ever since. I’ve now worked with Martin on quite a number of projects but Dancing Shoes is something special for me and I’m happy to be part of its comeback once more.”

Kerri began her acting career at Belfast Metropolitan College before graduating from Queen’s University with a BA in Theatre Studies. Other stage credits include Titanic Boys, Damage, Flesh and Blood Women, Belfast By Moonlight and Baby It’s Cold Outside. She has also appeared on screen in films Fishbowl City, Betrayal of Trust and Last Story Teller.

She described Dancing Shoes as a rollercoaster of emotions. “As a play you have to see it to appreciate the full impact of such drastically changing scenarios in George Best’s life,” she added. “From playing ball against a wall in the Cregagh estate to the manic nightlife of Manchester, all the cast do a terrific job portraying the emotions of a life filled with laughter and sadness.

“Back in 2010 we performed the play to members of George’s family in a closed rehearsal and the feedback we got was very positive.

“The name George Best is known by many because of his talents on the pitch but this play is also about exploring his story off it and offering a bit of insight into the impact of fame and fortune for a normal boy from east Belfast.”