Kevin Barry was just a lad of eighteen summers 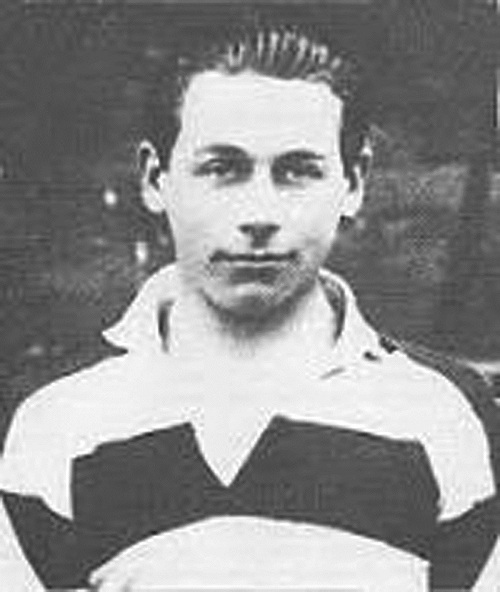 Ardoyne singer Jim Sherrie was taking a break and enjoying a bit of fresh air. Tony Strong was also outside enjoying a smoke from his crooked pipe (he’s a devoted pipe smoker as well as being an authority on ballad singing). Earlier he had commented on Sherrie’s singing style. In particular he was impressed with the depth of his voice. He told his company that he knew a song which would suit Jim and would request him to sing it if he knew it. “Do you know the words of Kevin Barry,” enquired Tony. When Jim nodded that he did, Tony asked him how many verses he knew. So after the break Jim sang all six verses of the almost forgotten ballad, Kevin Barry. Just a few weeks earlier I had listened to a rendering of it in a Dublin pub.

The Dublin singer announced that he had read about Kevin Barry’s life and death in that week’s edition of The Revolution Papers. Over the course of this year, 2016, The Revolution Papers are being published weekly, covering the events in Ireland from Easter 1916 until the end of the War of Independence in 1923 and reproducing copies of contemporary newssheets from that era.

Kevin Barry, a noted hurling and rugby player, was a medical student at University College Dublin who joined the IRA while he was at school. He agreed to take part in an arms raid on the morning of 20 September 1920. The aim of the raid was to capture arms from the military escort of a bread van collecting provisions from a city centre bakery. He had an exam at 2pm that day so he must have thought the ambush would be a routine affair. It’s said that when ordered to lay down their guns by the IRA all the young soldiers did so but one set off his rifle by mistake. In the ensuing melee three young British soldiers were killed and all the raiders but one fled the scene. Barry’s gun had jammed and he was discovered under the military vehicle. He was arrested, questioned and tortured (in an affidavit from his prison cell the night before he died, Kevin Barry related in detail the ill-treatment meted out to him.) but would not tell the identities of his companions. Under the Restoration of Order in Ireland Act passed just twelve weeks earlier he was tried and condemned to death on 20th October for the murder of the three soldiers with his execution set to take place on 1st November 1920. As he was the first to be executed since the Easter Rising in 1916 it was only to be expected, given his age, that there would be a public outcry coming shortly after the hunger strike death of Terence McSwiney. By now David Lloyd George had become Prime Minister and he allowed the military leaders to do as they pleased.

Execution
Commandant-in-Chief of the British troops in Ireland was keen to have the first execution under the ROIA which suspended normal courts and provided for military courts with the power to enforce internment without trial and the death penalty, in order to discourage the rebels. He wrote: “I imagine there must be some game to get a reprieve, and all I have to say is that if they should do such a thing it will irritate the troops to a very great extent, because here is a clean-cut case of murder without any doubt, where three soldiers lost their lives and if the man is not hung, how on earth can we prevent troops making reprisals.”

The execution had the opposite effect.

It is reported that Barry said: "It is nothing, to give one’s life for Ireland. I’m not the first and maybe I won’t be the last. What’s my life compared with the cause?”

The Irish Weekly Independent of November 6th 1920 ran a full page account of Barry’s execution. They wrote: “He was steadfast and unflinching to the end, walking to the scaffold without a tremor in voice or body. It is recorded that when being pinioned and blindfolded he objected to both processes, saying that as a soldier he was not afraid to die”

With a crowd of several thousand people outside Mountjoy Jail, Kevin Barry was executed. Following his death, he was buried within the walls of the jail. The only mourners present at the burial were prison officials and two Catholic chaplains.

Scores of Barry’s fellow students joined the IRA on the day of his execution.

His comrade and friend Frank Flood was buried alongside him four months later. A plain cross marked their graves. They were joined in the plot by Patrick Moran, Thomas Whelan, Thomas Traynor, Patrick Doyle, Thomas Bryan, Bernard Ryan, Edmond Foley and Patrick Maher, all of whom were also hanged in the same prison for their part in the War of Independence. As a group they became known as The Forgotten Ten. The National Graves Association worked to have the bodies removed from Mountjoy jail. In 1996 a Celtic Cross was erected in Glasnevin cemetery to commemorate them and, in 2001, 80 years after their deaths, the Irish government gave permission for their bodies to be exhumed and reburied.

On October 4th 2001 The Forgotten Ten were afforded full state honours with a private service at Mountjoy Jail, followed by a requiem mass at St Mary’s Pro-Cathedral in Dublin. The cortège passed through the centre of Dublin and was witnessed by tens of thousands of people.

‘Kevin Barry’ is a popular Irish rebel song. The ballad was penned shortly after his death by an author who was an Irish emigrant living in Glasgow.

It has been performed by many Irish groups including The Wolfe Tones and the Clancy Brothers, though one of the most unusual recordings of it comes from the Communist singer and activist Paul Robeson, who learned of it from Donegal man Peadar O’Donnell in the United States. O’Donnell, a former member of the IRA and a socialist in the tradition of James Connolly was travelling by car in the USA when he had a burst tyre. As he surveyed the damage a chauffeur driven limousine pulled up. The chauffeur told O’Donnell to join his passenger in the back of the limousine while he changed the wheel. To quote historian Donal Ó Drisceoil’s excellent biography of O’Donnell: “Peadar was stranded at a roadside with a burst tyre when a limousine stopped and offered help. He was invited to sit in the car by the passenger while the driver fixed the puncture. The passenger turned out to be Paul Robeson, the famous Negro singer, who told Peadar that he would like to record an Irish song. O’Donnell suggested Kevin Barry, the ballad glorifying the young IRA man hanged by the British in 1920, which he said conveyed the spirit of Ireland. He proceeded to teach the song to Robeson, who released it on record in the early 1950s.” He included it in this album Songs of Struggle.

The song has been one of the most enduringly popular of Irish songs and has been largely responsible for making Kevin Barry a household name. It was one of many Irish rebel ballads banned by RTÉ.

I’m told Jim Sherrie had a great reception when he sang Kevin Barry at the Hills of Donegal Celtic Supporters weekend in Bundoran in late September. I’m looking forward to hearing him again.