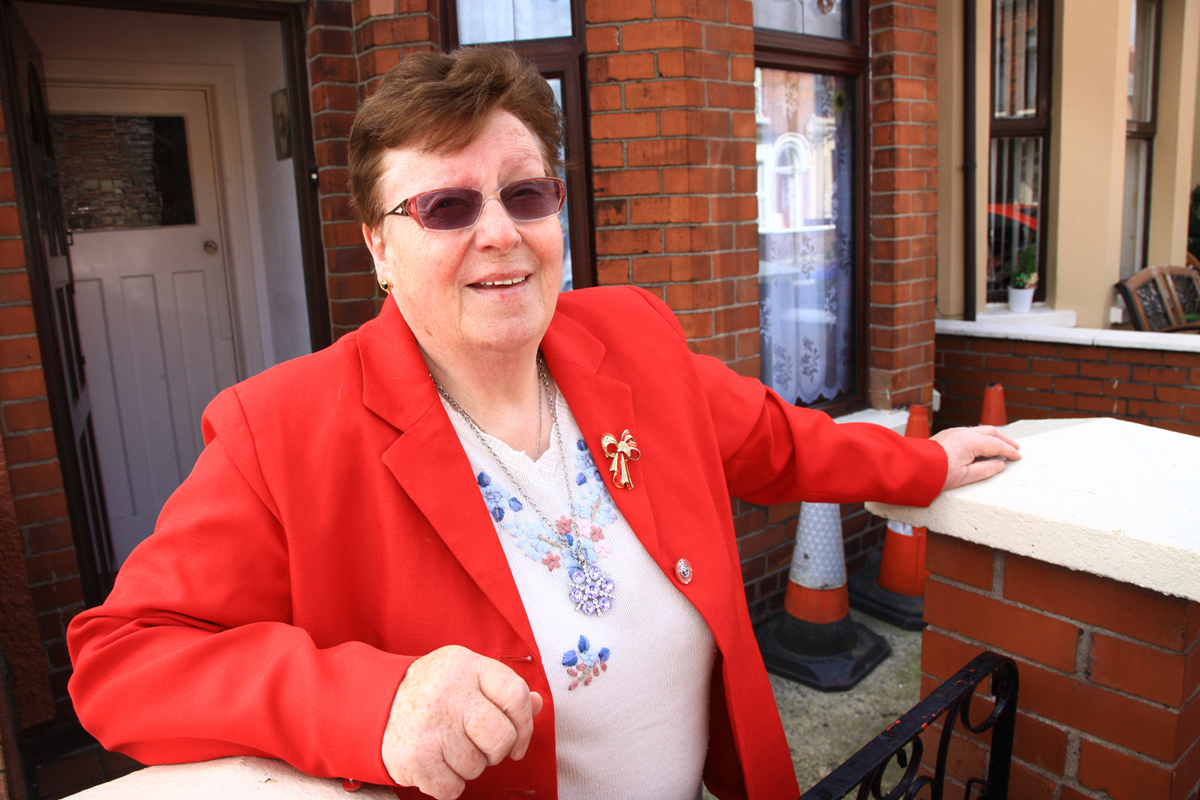 A South Belfast resident has warned locals to beware of bogus callers after having two men without identification attempt to enter her home.

Lower Ormeau woman Rosaleen Hughes said neighbours in the area should beware after the men arrived at her door last Thursday (December 8) claiming to be from Belfast City Council.

Although she didn’t allow the men entry to her Rutland Street house, Rosaleen said she has been “terrified” since the incident.

“I had a charity worker here at the time and she was waiting on her friend, so we thought it was her when there was a knock at the door,” she said.

“She answered it for me and it was two men with fluorescent jackets without any markings on. Coincidentally, I had reported to the council about the state of the entry the day before because the drain was blocked, so I thought it might have been about that.

“They came in as far as my inner hall and the girl I was with asked them who they were. They said they were from Belfast City Council and they had received complaints about rats in the area.”

Rosaleen said it was then she realised the men weren’t who they said they were.

“They told me the council would be charging £10 for a bag of rat poison they would put down. I knew the council doesn’t charge for things like that so at that point I asked for a card to prove who they were.

“They said they had cards but would be delivering around the doors in the area later. They took off and I haven’t seen them since.”

Rosaleen said she had been very nervous answering the door since last Thursday.

“I don’t think they were genuine because I rang the council and they hadn’t heard anything about it. I am also going to ring the police and let them know there are men doing this in the Lower Ormeau and maybe elsewhere.

“I might have scared them off but I was lucky there was someone here with me when they called. My fear is they were sizing up my house the entire time they were standing in the hallway.

“I just want to get the news out there in case other people have these men call to their door and they try it with someone else.”

A council spokesperson said while the council was not aware of this particular incident, it was not a service they offered ratepayers.