McCurdy calls for the U21 grade to be retained 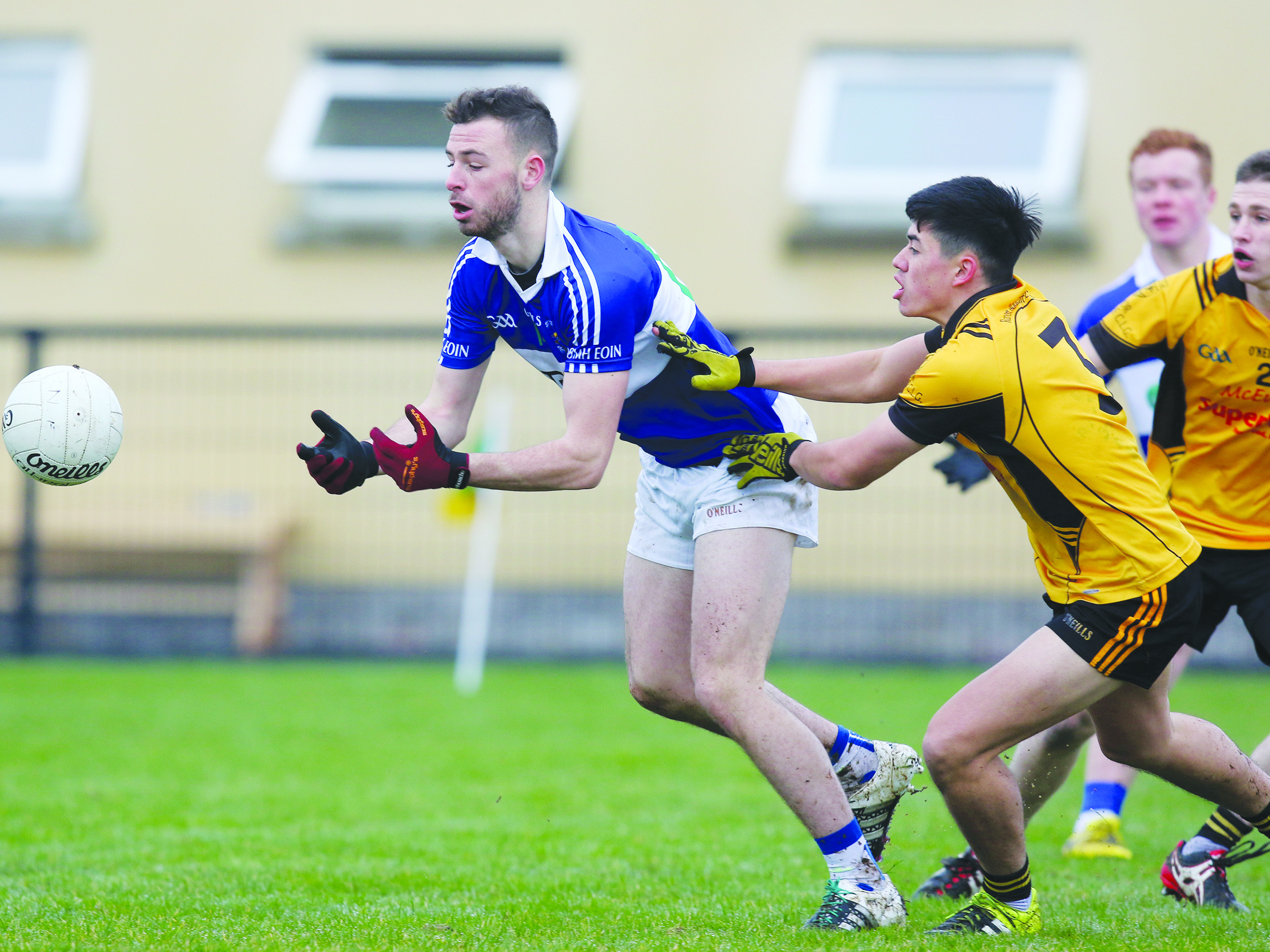 St John's and Antrim ace Matthew Fitzpatrick will be a key player for the Johnnies when they take on Cullyhana in the Ulster U21 Football Tournament on Saturday.

ST John’s U21 manager Locky McCurdy says the U21 grade is vital for player development amid discussions on burnout and fixture congestion. GAA Director General Páraic Duffy is among those who feel that the U21 Football Championship is surplus to requirements. The Antrim champions are due to face Cullyhana in the semi-final of the Ulster U21 Club Football Tournament on Saturday but the popular competition run by Creggan Kickhams could be under threat if radical changes are passed at Congress. Despite experiencing problems with player availability due to inter-county commitments, McCurdy feels the U21 grade must be retained. “I do think it bridges that gap between minor and senior. The only other thing you have is reserve football,” said McCurdy. “I know it has caused problems with the timing of it. “It is tough to prepare when you have guys playing in the National Hurling and Football Leagues and you also have the schools competitions going on at the same time. “Is there enough scope in the calendar year to fit it in? “I do agree that it is a good stepping stone from minor to senior.” St John’s were without Ciaran and Conor Johnston for their quarter-final victory over Ramor United of Cavan last month after the siblings picked up injuries while playing for Antrim hurlers in the McGurk Cup. The Saffrons face Derry in their NHL opener on Sunday but both Johnstons, along with Michael Bradley, will be available for the Johnnies after an agreement was reached with Antrim boss PJ O’Mullan. Against Ramor, St John’s adapted better to the heavy underfoot conditions to record a comfortable 3-12 to 0-9 win over the Cavan champions. Matthew Fitzpatrick turned in a man-of-the-match performance for St John’s and has since gone on to feature for Antrim in their opening two League victories as well as scoring a crucial goal against Wexford last Sunday. “He (Fitzpatrick) has great potential,” remarked McCurdy. “He has all-round ability and he is very consistent from one day to the next. Some players are great one day and not so good the next. “I put it down to his workrate to be honest – he works his socks off and he is one of those players who always calls for the ball.” Following the win over Ramor, the St John’s management took in Cullyhana’s quarter-final win over Donaghmore and McCurdy was suitably impressed by the South Armagh men. “It wasn’t a day for fancy football,” said the Johnnies boss. “The pitch had cut up a bit more, but I thought they were very well organised. “I also think their workrate was very good. Attacking wise, they were very good. They went direct when they had to go direct. “To be honest, I think it will be a good match. “This is their third year coming out of Armagh and there are no bad teams in Armagh anyway. There are no bad teams in this tournament from the start.” Magheracloone of Monaghan take on defending champions Watty Grahams, Glen in the second semi-final on Sunday. St John’s lost out to the Derry side in the last four of last year’s competition and McCurdy says his side are determined to go one better this time around. “In last year’s semi-final, they lost to Glen when they could and should have won it,” said McCurdy. “A lot of the lads are still hurting from it. “I think they want to go one better and get into the final. “They won an All-Ireland Feile when they were 14 and now, seven years on, 10 or 11 they are in an Ulster U21 semi-final. “They have been ticking boxes, winning this and that – this is the one they have set their sights on.”