O'Neill: Irish government has duty to prepare for unity 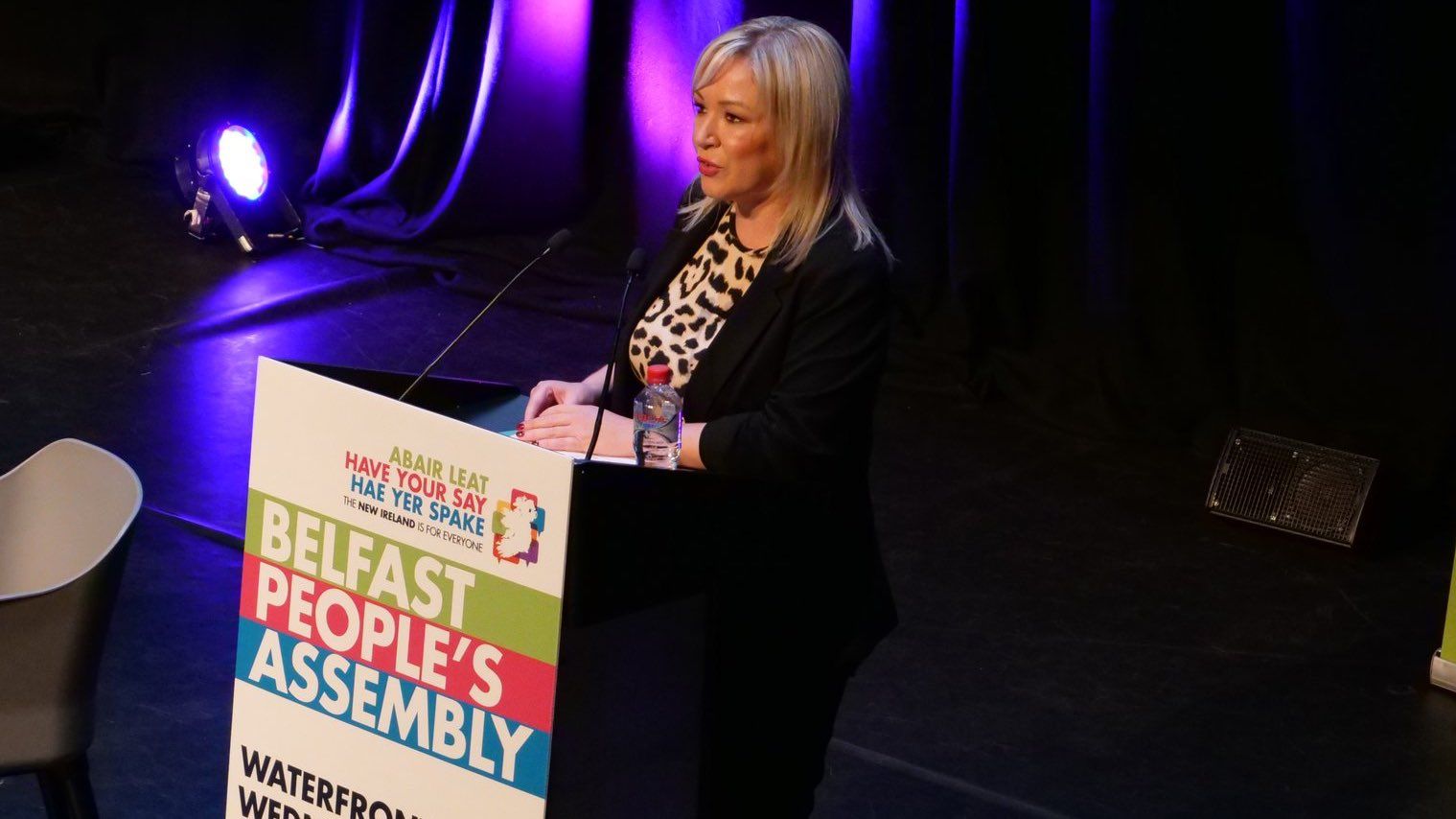 SINN Féin First Minister Designate Michelle O’Neill has urged people from all backgrounds to get involved in the discussion on a New Ireland.

Speaking at the first of Sinn Féin’s People’s Assemblies in the Waterfront Hall on Wednesday night, Michelle O’Neill called on the Irish government to establish a Citizens’ Assembly.

“This is our home place. All of us who live here. Let’s make it a better home place for everyone," she said.

“I am working to build a society not of orange and green, but a rainbow of colours and multiculturalism which reflects who we are and what we stand for today, and that embraces our diversity.

“The Good Friday Agreement provides for a referendum and the right to self-determination through consent.

“Change is underway. There is an onus on both governments to now prepare for constitutional change.

"The Irish government has a particular constitutional duty to plan and prepare for unity."

Ms O'Neill reiterated that her party has consistently called on the Irish government to establish a Citizens’ Assembly.

“The vision of a New Ireland we offer is one which overcomes past differences and brings our people together," she continued.

“We want more than the reunification of our island – we want the unity of our people.

“We want a future which consigns sectarianism to the past and in which all of our citizens Irish, British, northern Irish or none of these can live together in peace and prosperity.

A room full of hands from those who think that the Irish Government should establish a citizen’s assembly to begin planning for #IrishUnity. A great finish to tonight’s Belfast People’s Assembly. #HaveYourSay! pic.twitter.com/uop5BzQUos

“It can be done. But even if you disagree, let's talk about it.

“Everybody, whatever their political allegiance, has a voice and a stake in the journey of transition we are currently on.

“They have the right to use that voice – to set out their stall and to have it listened to respectfully.

“Today, North and South, there are more people than ever before who want a New Ireland. They see it as an opportunity for prosperity. An opportunity for better. There is no limit to what we can achieve if we put our minds to it.

“We must be ambitious for not only ourselves, but everyone. We can have an Ireland where no one is left behind. We have it within our grasp to create a peaceful, united, democratic Ireland.”