Paedophile former boxer back in the dock 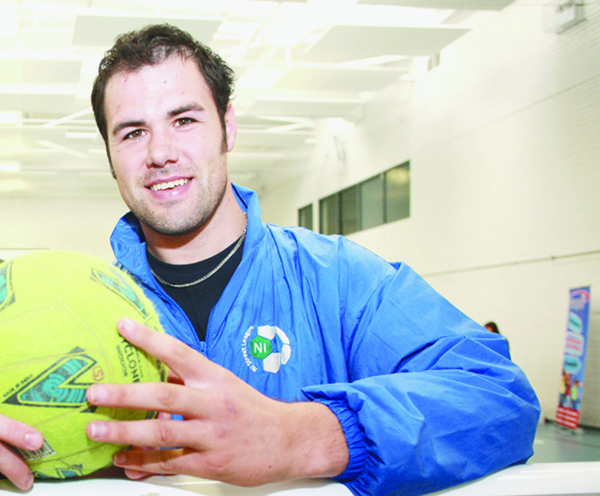 A FORMER champion boxer from Ardoyne jailed last year for a sex attack on a nine-year-old boy will be sentenced next week after admitting to separate charges of sending naked pictures of himself to a 13-year-old boy via the internet.

Ciaran James McAuley, 27, who is serving a two-year sentence in Maghaberry for attacking the primary school boy in a New Lodge alleyway on August 9, 2014 as he and a friend walked home from a fun fair, appeared in Belfast Crown Court on Tuesday after he admitted two counts of causing or inciting a child to engage in sexual activity.

The court heard that as well as sending a 13-year-old a picture of his penis, McAuley also asked the teenager to send him a photograph of his genitals.

Both incidents occurred last April when McAuley was on bail over charges arising from the alleyway incident.

McAuley, who at the time of the offences was living at a hostel in Belfast's Victoria Street, targeted the 13-year-old on Facebook last April. Crown prosecutor Robin Steer said that his offending emerged at the end of April when the 13-year-old victim informed his parents that he had been contacted by a man who was demanding that he send him inappropriate pictures.

In the first incident on April 7, the teen said the man in question claimed he was 19 and asked about football. He also asked the teenager if he was gay, as well as requesting that he send him a picture of his penis.

On April 20, McAuley contacted the teenager again and on this occasion he send the youngster an image of himself naked from the waist down with his penis clearly visible. The teenager replied by saying, ‘You shouldn't be sending that to a 13 year old boy.’ After the teenager informed his parents about what was happening, an investigation was launched and McAuley was subsequently arrested.

During a series of police interviews, McAuley denied having a mobile phone, having a Facebook account and also denied sending pictures of his penis. Mr Steer told Judge Gordon Kerr QC that the offending last April occurred when he was on bail for the alleyway sex attack.

Mr Steer also informed the court that the Probation Board has deemed McAuley to be dangerous, adding: “He seems to have a marked lack of remorse and willingness to change.”

Defence barrister Sean Mullan revealed McAuley had a “structured upbringing” which included completing a degree and competing in boxing competitions. Mr Mullan said McAuley’s problems could be linked to when he started using cannabis, which led to his parents asking him to leave the family home. Saying this addiction to cannabis was “something that has beset him in his life", Mr Mullan added McAuley's offending occurred at a time when he was sitting at home bored, watching online porn. The barrister said: “He was spending his life sitting at home, spending hours and hours online, which led to distorted thinking and culminated in these offences.”

Mr Mullan also pointed out there was no face to face or physical contact between McAuley and the teenager, adding his client was both “regretful and remorseful” for his actions.

He also revealed that McAuley has been “doing his utmost” whilst in Maghaberry to seek help with his issues. After listening to submissions from the Crown and defence, Judge Kerr said would pass sentence next Tuesday.