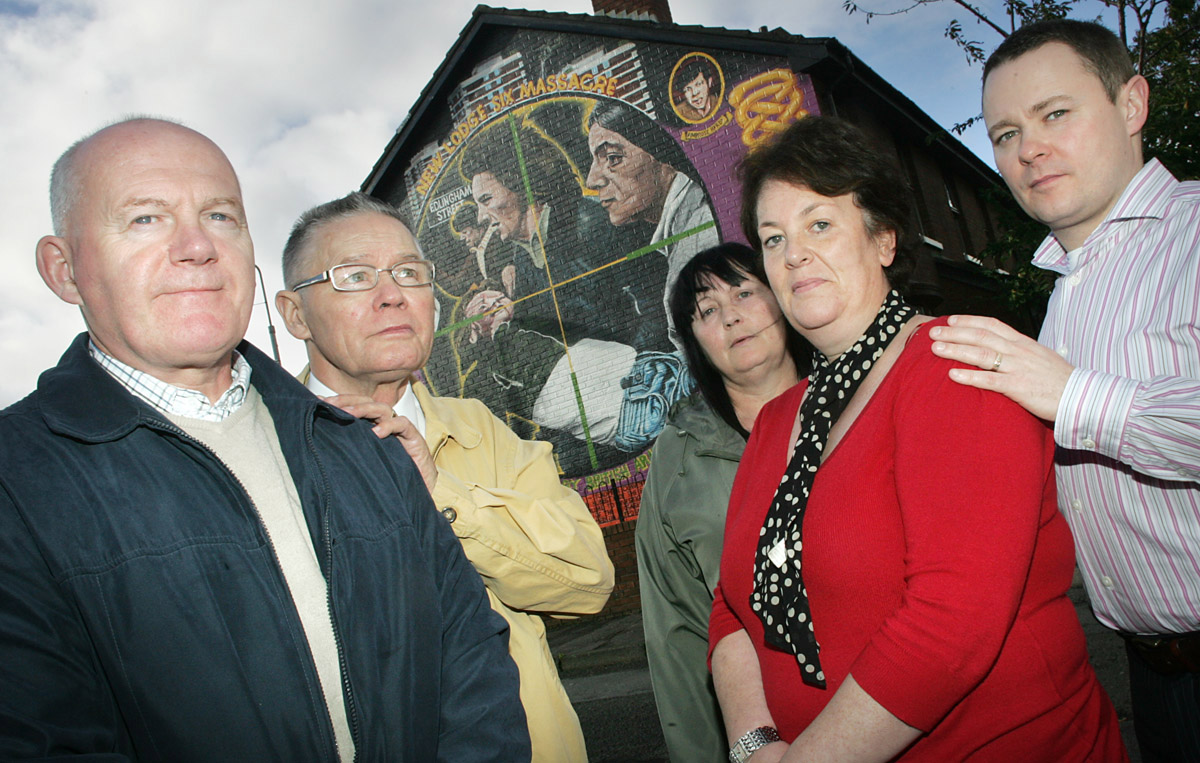 THE Attorney General has asked the Public Prosecution Service to order a fresh investigation into the killing of six men who were shot in the New Lodge over 45 years ago.

The victims, known collectively as the ‘New Lodge Six’ were killed in two separate incidents in February 1973.

Relatives believe that James Sloan (19) and James McCann (19) were shot by an undercover British army unit known as the Military Research Force (MRF) in a drive-by gun attack as they stood outside a bar at the top of the New Lodge Road.

Tony Campbell (19) along with three other local men John Loughran (35), Brendan Maguire (32) and Ambrose Hardy (26) were shot dead a short time later at the junction of New Lodge Road and Edlingham Street.

Witness statements contradicted claims by soldiers that the four men were involved in a gun battle, but instead claim they were shot by British army snipers.

New evidence gathered during a community enquiry on the 30th anniversary of the massacre was presented to Attorney General John Larkin in April.

In a letter to Relatives for Justice, a solicitor at his office recommended the case is taken to the Director of Public Prosecutions.

“The Attorney considers there was no adequate criminal justice investigation at the time and its absence deprived the inquest of much if any effectiveness as it could even then be expected to have had.

“These deaths ought to have been properly investigated. Given that an inquest is not designed as a substitute for a proper criminal justice investigation, the Attorney General does not think that directing an inquest now would contribute materially to identifying and punishing the perpetrators of these killings or be otherwise advisable.

“The Attorney is of the view that the better course of action is to ask the Director of Public Prosecutions to exercise his power to require the Chief Constable to investigate.

“The Attorney would be happy to look at this matter afresh if further information or evidence comes to light as a result of any renewed police investigation or otherwise.”

Rosaleen Beattie, sister of Ambrose Hardy, said, “After 45 years of seeking to obtain the full truth about the six shootings, the families are optimistic that a new police investigation may bring us closer to the truth we have been looking for. We want those responsible brought to justice.”

Joey Campbell, brother of Tony Campbell welcomed the news stating, “We would like to see justice done and are hopeful this process will bring us closer. We feel we are getting closer to the truth. We know our loved ones were unlawfully killed.”

Mike Richie from Relatives for Justice added: “A community inquiry was held on the 30th anniversary of the killings and this collected much new evidence, including eye witness testimony, and available public information.

"The onward referral of the cases for investigation is welcome. We intend to write to the DPP asking for a meeting with the families to discuss how quickly the case can be moved towards an investigation.

“The families of the six unarmed men shot dead by British soldiers in the New Lodge on the 3rd and 4th February 1973 have campaigned for decades for justice.

“The Attorney General has ruled that the men’s killings were not properly investigated in the aftermath of the massacre.

“I want to commend the families for remaining steadfast in their determination to get to the truth of what happened that awful night when British soldiers gunned down their loved ones in co-ordinated attacks.

“In the absence of a proper police investigation the families organised a community inquiry into the deaths of the New Lodge Six with international lawyers and human rights activists coming together to investigate the circumstances of the killings.

“The community inquiry found that none of the deceased or the wounded were armed at the time of their shooting or acted in a manner which presented a threat.

“The police investigation which has been called for by the Attorney General has the opportunity to bring truth and justice to the families of these men and it is my hope they will finally get truth and justice.”