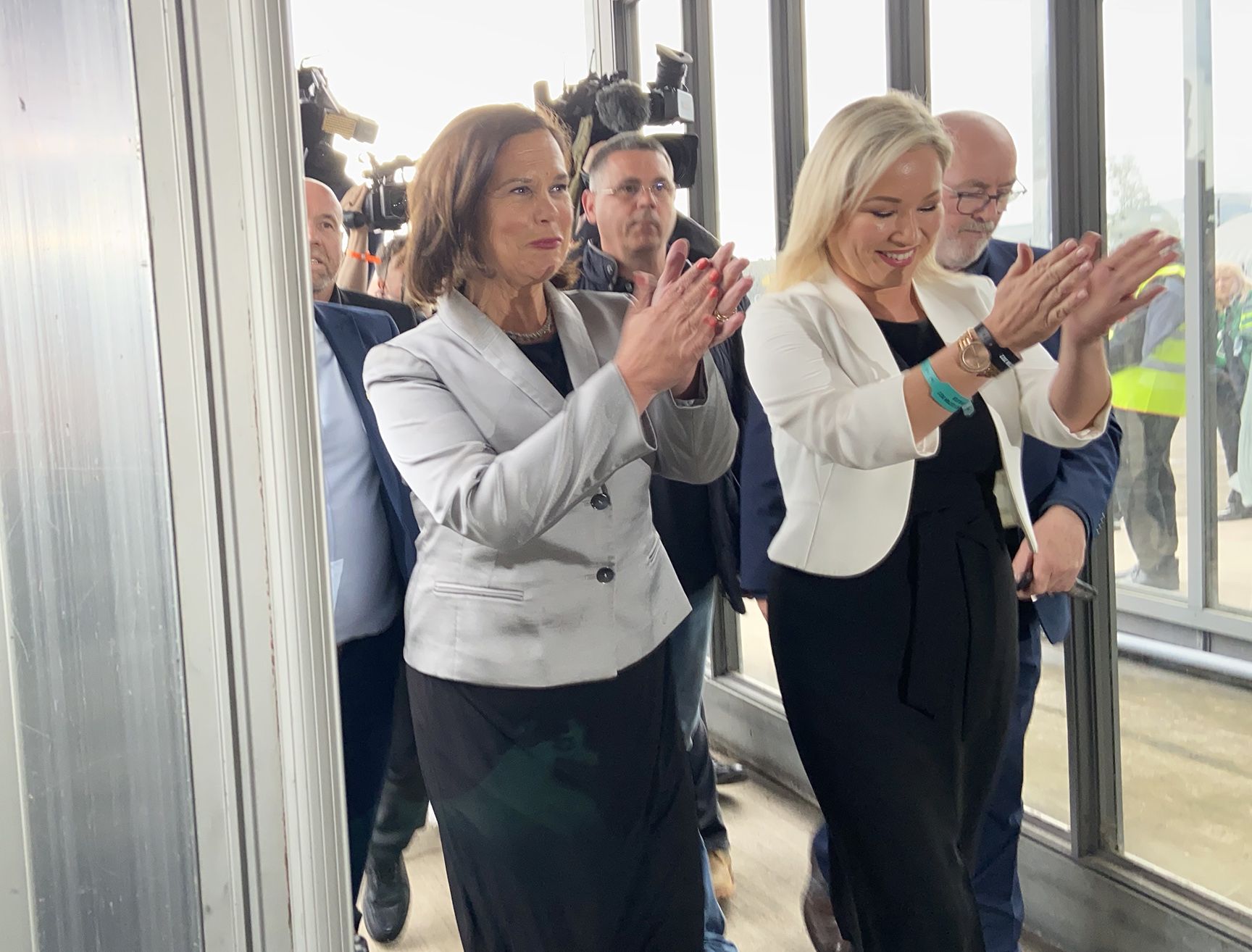 SDLP now saying it also won’t attend the Belfast talks unless @MaryLouMcDonald is allowed in. Getting farcical here @rtenews

– Sorry, bit of a misunderstanding, I’m afraid.
– No problem, glad we got it cleared up.
– You’re still not getting in.
– Really? Why’s that.
– Protocol.
– But that’s what we’re here to try and fix.
– No, protocol with a small ‘p’. It just wouldn’t be cricket to let you in.
– Care to enlighten me?
– Of course. The Minister...
– Which one?
– James, James Cleverly, the Foreign Affairs chap.
– Yes.
– The Minister hasn’t met his counterpart Mitchell Marvin yet.
– Micheál Martin?
– That’s the fellow.
– What’s that got to do with me?
– Well, it would be jolly poor form if he met you before he met Mr Marvin.
– Why’s that then?
– It’s just not the done thing, old girl. Bad show and all that.
– Is that, like, a law?
– No... it’s just that we like to give regard to our colleagues’ finer feelings.
– Micheál’s from Cork – he doesn’t have any finer feelings.
– You’re wrong, I’m afraid, these niceties are the axle grease that allows the wheels of diplomacy to turn.
– Did you ask him?
– Did I ask him what?
– If he’d be upset about this meeting.
– Actually, no.
– Why not? Kind of important, dontcha think?
– Hmm. One second please...
Rapid footsteps. Whispering. Rapid footsteps.
– Forgive me, this is all frightfully embarrassing, but I’m afraid this has nothing to do with protocol after all.
– Or the north.
– Quite.
– So what is it this time?
– Well, you’re an MP in another parliament.
– TD, actually.
– Beg your pardon?
– Never mind, carry on.
– And that parliament is an EU member state.
– So?
– Well, it’s just that it wouldn’t be a wise thing for the Minister to meet a politician from an EU state when the meeting is about the EU.
– Because...
– Conflict of interest – that kind of thing.
– But it’s fine for him to meet my deputy?
– Exactly.
– And I’d be getting briefed on the meeting by Michelle anyway.
– Precisely. Now we’re getting somewhere.
– So the Minister’s happy for me to know everything that was said at the meeting as long as I wasn’t at it.
– See? It’s not that difficult now, is it? When it comes right down it, it’s all about keeping up appearances.
– There’s a TV show about that.
– Is there really?
– Yep. Very funny it is too.

WE’RE due a statement from the Loyalist Communities Council (LCC) any day now, aren’t we? The beeping of the bus that’s about to reverse over the DUP grows louder by the minute and with Labour leader Keir Starmer having put his imprimatur on a Tory-EU deal that will amend aspects of the Protocol but not remove it, another dark threat dressed up as a reflection of working class loyalist disaffection is surely on the way.

Starmer’s removal of any potential Commons pushback against a deal, coupled with the fact that senior ERG types and Brexit Spartans are on board, means that British Prime Minister Rishi Sunak has a pretty clear run. And that’s bad news for the drug barons, pimps and extortionists whose job it is to secure the Precious Union© – whatever it takes.

Any lingering loyalist hope that Rishi isn’t going to do a Boris was swept away with the bringing forward of legislation late last week switching responsibility for the building of border posts at Belfast, Larne and Warrenpoint from Stormont to Westminster. Which means that bricks and mortar border posts – which the DUP illegally blocked when they had the power to do so – are about to go up. Might be kind of interesting to see the job advertisement when construction gets the green light.

Wanted, bricklayers. Must have NVQ in Subjugation and Advanced Betrayal.  We are an equal opportunity and applications from the Staunch community will be particularly welcomed.

But as the mutinous muttering among the familiar bucketmouths and street corner demagogues of loyalist Ulster grows louder, what exactly are the unionist paramilitaries going to do when shortly it is made crystal clear that the Protocol isn’t going anywhere? In their 30-year ‘war’, loyalist military operations were rather thin on the ground. With no IRA barracks to attack, no IRA patrols to snipe at and no IRA Land Rovers to place landmines under, their campaign consisted of shooting Catholics and then returning safely to the Flag and Flute for celebratory drinks and lines. Which means they don’t have much in the way of muscle memory when it comes to yer actual army-style activities. Yes, they can start to shoot easy-target Taigs again, but let’s be honest, Ursula von der Leyen isn’t going to order the dismantling of the EU-UK Withdrawal Agreement when some poor Fenian gets shot dead walking home from the pub near a Belfast peaceline. And anyway, since the stated aim of shooting innocent Catholics was to spread fear and war weariness in that community, that tactic isn’t going to have much effect when the Protocol has nothing to do with the Church of Rome.

Which probably means a bombing campaign. Not in Brussels, of course, because that would mean placing sleeper units and that takes time, which the sons of Ulster don’t have because they’ve British passports and they no longer have any residency rights. So unless they’ve got Irish passports – perish the thought – an international campaign is off the table. Which means that attention will most likely turn to the only part of the EU they won’t have to get an EasyJet flight to – the Free State.

So, a bit of the oul’ blowy gear in Dundalk or Drogheda, or strikes further south if they’re feeling particularly ambitious, is the most likely tactic of any new loyalist expeditionary force. But wait just a second. Assuming they have the men and materials, there’s one essential ingredient without which no active service unit will make it as far as the M1: the Brits.

History has taught us that loyalism knows as much about making bombs as it does about the Tridentine Mass. Their forays into the highly technical world of explosives were all made while holding the hand of a bloke with an English accent wearing a green jumper with patches on the sleeves. Oh, yes, they were able to make bombs out of pipes with the powder from 50 fireworks inside to leave outside Catholic homes or throw at Catholics kids on their way to school. But given that loyalist gun attacks were virtually daily occurrences while bomb attacks were a relative rarity, and given the grim truths that have emerged and continue to emerge about collusion, it’s clear that loyal Ulster couldn’t blow up a balloon across the border without the support of their erstwhile British intelligence comrades-in-arms.

Is that support likely to be forthcoming? The answer is nobody knows. The British dirty tricks brigade do what they need to do to forward their interests at any given time – and it’s important to remember that those interests are not always – perhaps not even often – those of the government they serve. ­ 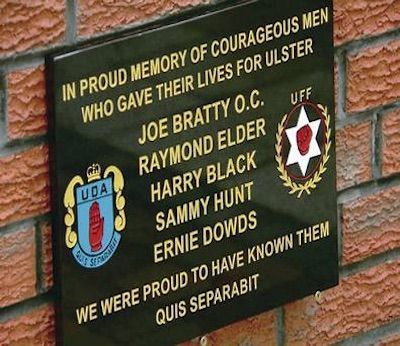 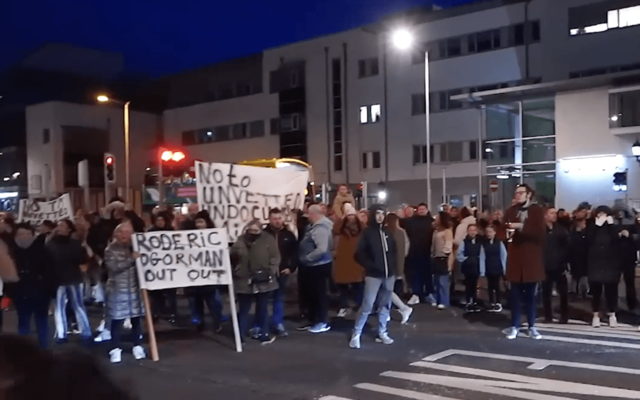 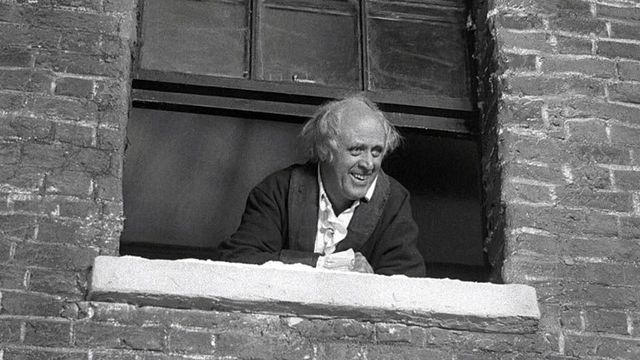