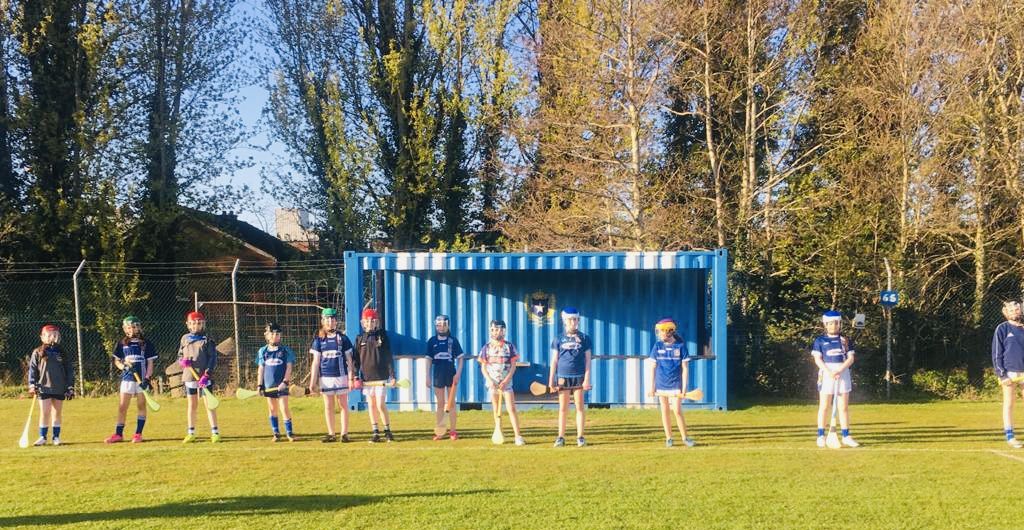 THE return to training has been greeted with much enthusiasm this week, but perhaps there was even more cause for excitement at St Gall's as for the first time, the club hosted camogie sessions for its young members.

While the males in the club have been competing in both hurling and football over the years, ladies football was the sole preserve of female members, but not any longer as the camán code has arrived with the establishment of teams at U8, U10 and U12.

In the past, club members who wished to pursue a camogie career had to represent other clubs, but this was a disappointment for members and one they have addressed as they make the first steps towards establishing the sport within the club.

The first drills took place on Wednesday evening at De La Salle Park and fittingly, the sun shone to mark the start of a new venture at the club.

"It's a nice piece of history for us as we've never had a camogie team in the club," explained Ladies Secretary, Liz Gilchrist.

"The last couple of years, out U6s have been playing dual codes but when they came to U8 it was great for the boys, but we didn't have anything for the girls.

"They could have joined with the boys' team but the girls like their own place, so if they were really interested in camogie, they had to go to a different club. That broke our hearts as we were having our players of playing for someone else."

The interest was fuelled through taster sessions that were conducted by Gaelfast coaches who have the young St Gall's girls an opportunity to give camogie a try and there reaction was extremely positive, so much so that the wheels were set in motion to establish the sport in the club.

Camogie was all set to be introduced last spring, but the offset of the pandemic forced all plans to be temporarily shelved.

However, not to be deterred, the plans were simply put on hold and with a green light to return to action this week, the time is now right for camogie to make its bow at the club.

"All the interest came from those taster sessions as the girls really enjoyed it," Liz explained.

"It had been talked about for the past year or two to try and set the camogie up and had sort of got to the right place at the start of last year, but then Covid hit so that was the end of that.

"We just had to put it on the back-burner but then thought about what we were going to do this year. There is great interest in it, the energy was there and we had the coaches in place who were willing to do it, so 2021 seems to be the year we are going for it."

For now, the sport will be concentrated on the three age groups from ages eight to 12, but the hope is that camogie can take root in St Gall's so those youngsters retain their interest and rise through the ranks to the eventual destination of senior.

There is a long road ahead, but an exciting one and with ladies football well established within the club, the aim is for camogie to compliment it with the interest already there from the players, coaches and mentors.

"Our logic was that if we are going to be dual at U6, we'll keep that going as long as we can in the hope we'll eventually get a a senior team out of it," Liz explained.

"Our ladies teams are very good (numbers) and have been in the past off the back of the (All-Ireland men's) success in 2010, but they have remained good and the energy is still there.

"The structure seems to be really healthy at the minute, football-wise. That is testament to the type of coaches and mentors that we have at the minute, plus the fact they're interested in both sports is really good.

"The girls go to their training sessions which are now half football and half camogie. We try to keep them all together in a group for as long as possible playing both codes, so that's the direction we are aiming to go."