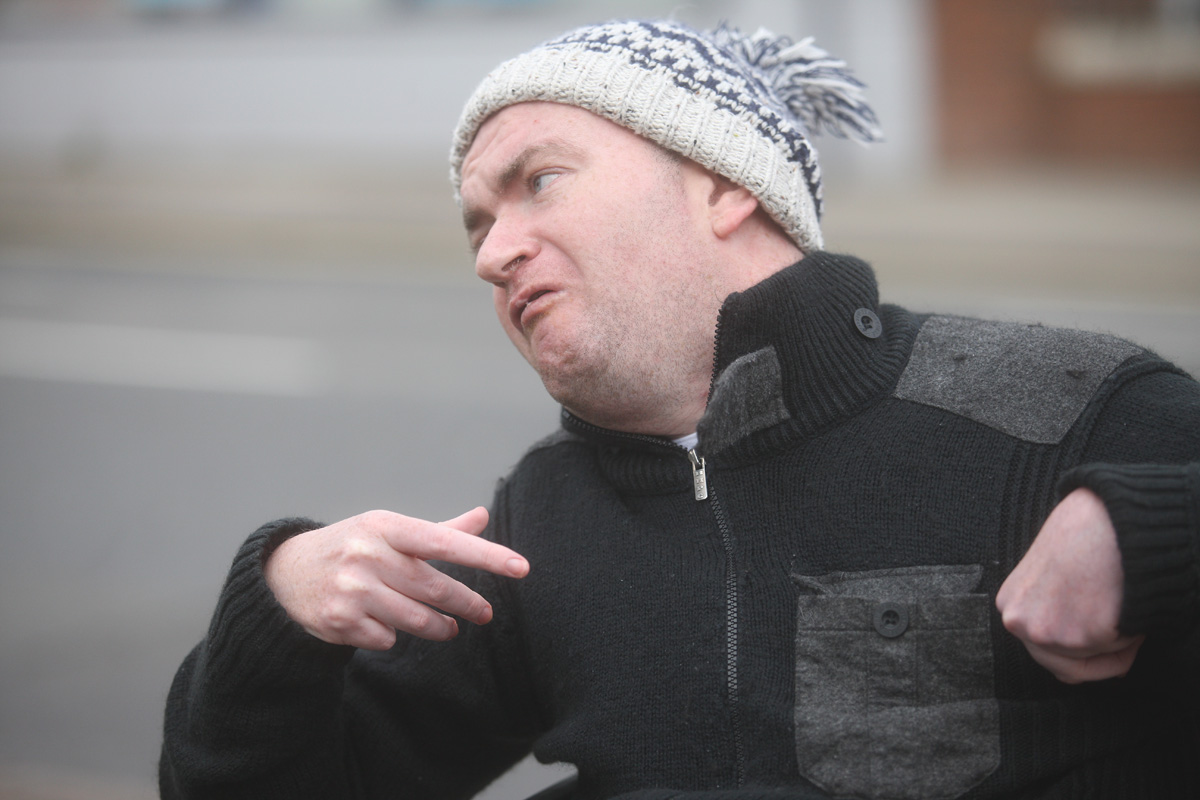 A disabled man from Glengormley is to start a campaign to overturn legislation that criminalises men and women who pay for sex.
Martin McGurk, 33, says anti-trafficking legislation brought in last year fails to recognise the needs of people who use sex workers because of their unique circum-stances. Martin was born with cerebral palsy and is confined to a wheelchair.
“They’re saying it’s against the law for me to hire a prostitute and it’s against the law to pay for sex and I don’t think it’s right and want the Assembly to look at it again,” said Martin. “Let me say very clearly I am against people being trafficked and I understand what the politicians were trying to do when they brought in the legislation, but people need to understand what it’s like to be disabled and that prostitutes are used by disabled people.”
Last year legislation was passed in Stormont making it illegal to pay for sex. Until then, only sex workers were liable for prosecution.
Martin is not alone in his campaigning, with a number of groups in England also advocating on behalf of disabled people who pay for sex.
The TLC Trust has held protests at Westminster to call for legislation that recognises the predicament that disabled people find themselves in, where forming relationships is often difficult.
Sex worker Laura Lee, who is currently pursing a legal case to try and overturn the same legislation that she says puts women working in the industry at risk because the trade has been driven underground, told the Guardian newspaper she has a number of disabled clients.
This lack of understanding has left people like Martin in a difficult position, he says.
“In places like Germany it’s legal, discreet and regulated. Brothels often have disabled access and that’s the way it should be. I have never broken the law in my life and I am not going to. That’s why I’m going to start campaigning against the law.
“There’s a lot of people out there like me but they are afraid to speak out so I feel that I am acting on their behalf.”
The Glengormley man says he knows his campaign mightn’t be popular but he is determined to pursue it.
“Most of the political parties are in favour of the legislation but I am going to try and get it overturned.”