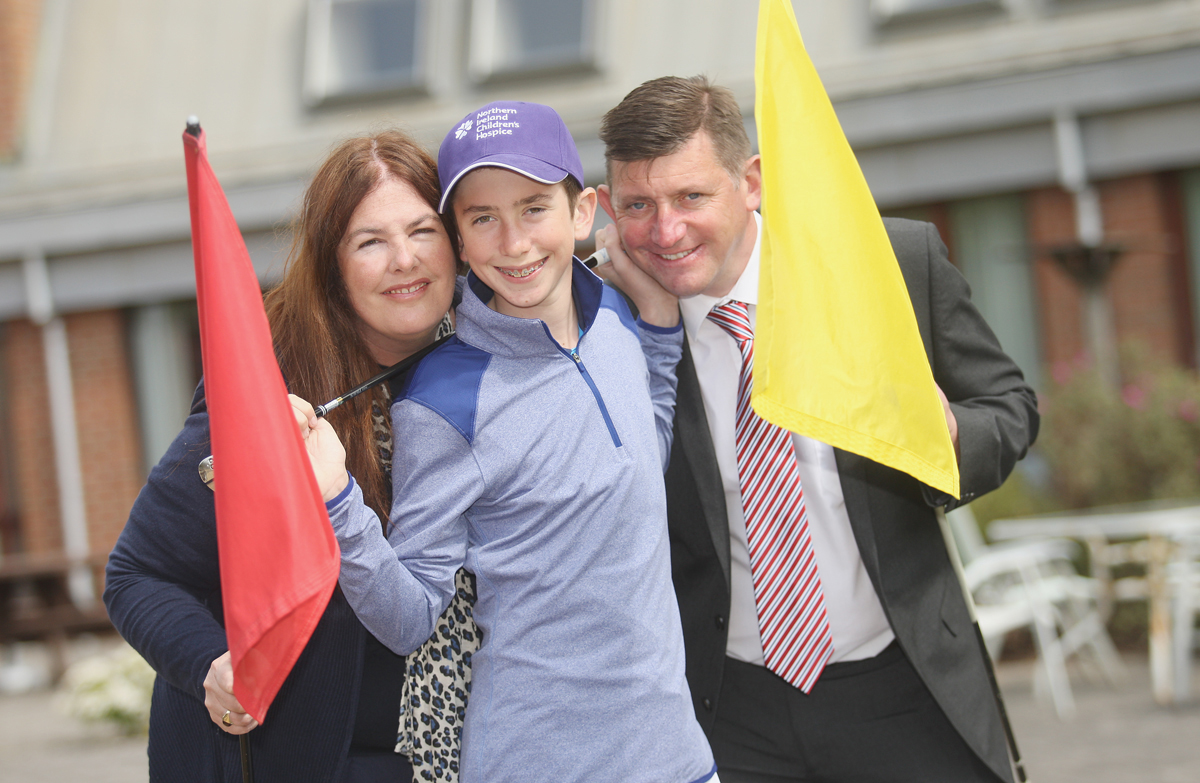 He becomes the Children’s Hospice’s youngest ever Ambassador.
The exciting young golf star has been tipped to follow in the footsteps of fellow Irish stars Rory McIlroy, Pádraig Harrington, Darren Clarke and Graeme McDowell.

Tom rose to prominence in his sport in 2015 when he won the World Kids Championship in Pinehurst, North Carolina, before winning the Junior Honda Classic tournament in Florida in January of this year. He also featured in the Irish Open ProAm event following an invitation from former number one golfer in the world and Holywood native McIlroy.

In between those two amazing competitive victories that left the world of golf in admiration of Tom’s talent, the Belfast Royal Academy pupil took up an invitation to visit the Children’s Hospice and spend an evening with young teenage patients.

“I would pass the Northern Ireland Children’s Hospice on the way to school and often would find myself wondering what happens in the building and about the people who would use it,” said Tom.

“It was only when I got an opportunity to visit did I realise that the reality of the Children’s Hospice was far from what I imagined. It’s a really fun place, like a home from home, and I found it very welcoming. I met kids my age and we had lots in common – we had pizza and talked about video games.
“To be invited to become an official ambassador to Northern Ireland Children’s Hospice is a real honour – it’s a special honour for my family too.

“I have a relationship with the Children’s Hospice now and I’m excited about raising awareness of this amazing organisation and the amazing work it provides for children with life-limiting conditions,” added the new ambassador.

Children’s Hospice Chairman Billy Webb added: “It’s not every day a blossoming teenager is asked to become an ambassador of an organisation but in Tom we saw a local face who people already admire and look up to.

“We care for more than 300 children per year in Northern Ireland and with hospices in Belfast and Fermanagh, it costs more than £3m per annum to provide this care.

“We depend heavily on the public’s generosity to raise £2.5m of this running cost, and so challenges such as this will be taken on with a great deal of confidence with Tom’s support as an ambassador.

“It gives me a great deal of pleasure to welcome him to our organisation and family,” he added.