The Bank Robbers are back for one night only 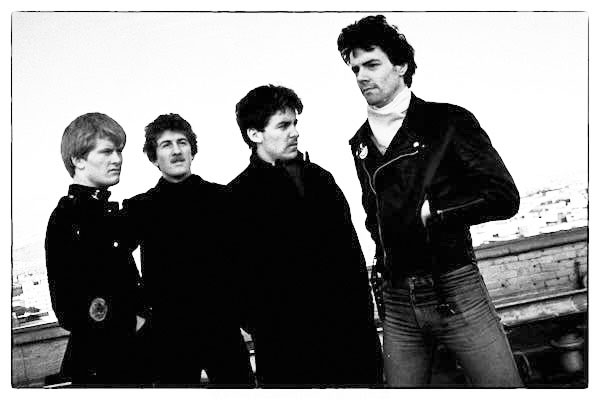 THEY were formed way back in the summer of 1980, they were four young lads from West Belfast, they wrote their own music, they went on to sign to one of the biggest record companies in the world and after all these years The Bank Robbers are back for a one-off reunion gig, all for a very good cause – in aid of Refugee Rescue.

Okay, so they were not the Rolling Stones or U2 but they were Belfast's very own fab four and without a shadow of a musical doubt ‘The Robbers’ were one of the finest power pop outfits ever to emerge from the north of Ireland and they were well ahead of their time.

Touring extensively around Europe, the band soon built up a solid fan base which led to many sell-out shows and festival appearances both at home and abroad.

Their first single release 'On My Mind' on Belfast's Good Vibrations label saw the lads reaching number eight in the British Independent Charts which led to major interest from many London record labels and an appearance on Channel Four's 'The Tube' which was one of the biggest rock music programmes at the time.

The foursome then signed a deal with EMI Records, leading to two minor hits 'Jenny' and 'Problem Page'. The group disbanded in 1984 with Joby Fox going on to form the highly acclaimed Energy Orchard.

During their career, this band of musical merry men also had several run-ins with the English 'Old Bill' as on one occasion the lads, with the assistance of an EMI accomplice, decided to print their own £50 notes promoting the release of their debut EMI single 'Jenny'.

The band were subsequently arrested and taken to the notorious Paddington Green police station and charged with counterfeit.The boys were brought to court and fined – you guessed it £50.

Major publicity from the stunt firmly put the record on Radio 1's playlist and rumour has it what was left of the batch of fake notes, kept the punters at the Old Whitefort on the Andytown Road on free beer for the summer of '83.

So, if you fancy a night of musical nostalgia, as well as supporting a great charity The King's Head on Friday 13 May is the place to be.

Support on the night will be Stiff Little Busker and DJ Curley. Tickets are priced at £10 and available from: The King's Head and Kolormaster, Falls Road.