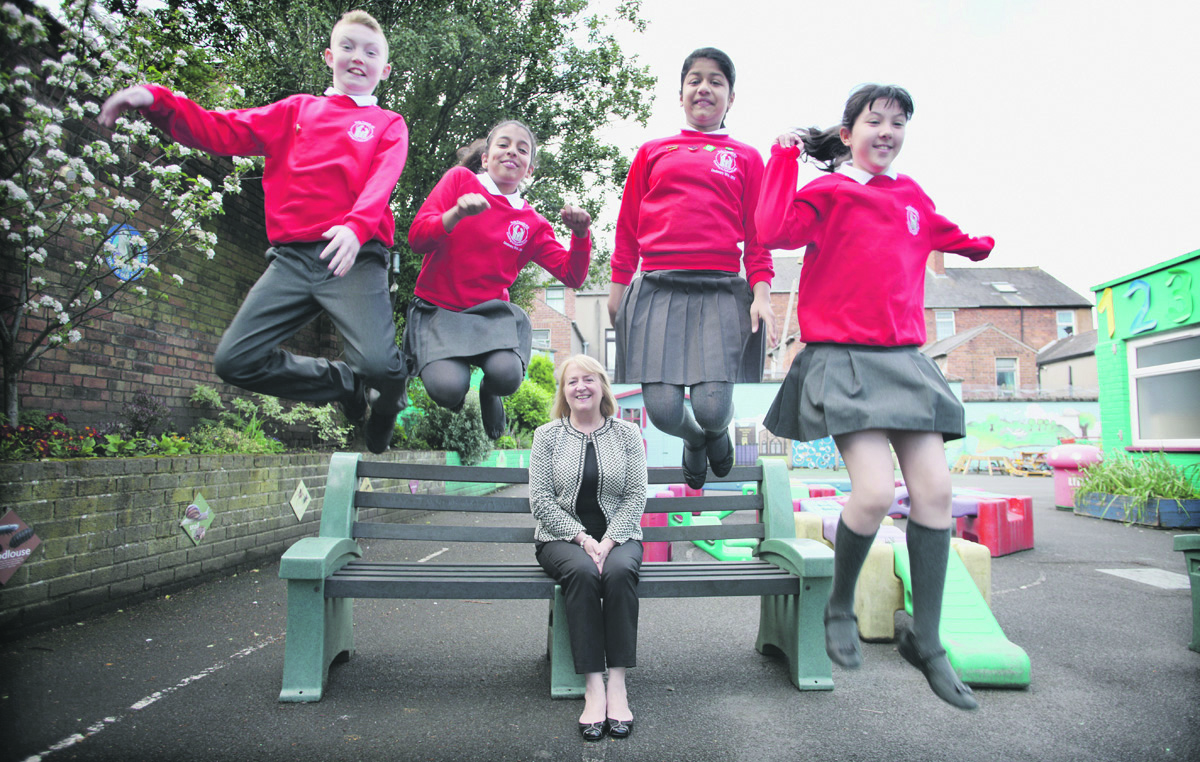 A North Belfast school principal has been nominated for a prestigious award for her work in turning her school into one of the best performing primaries in the north.

Holy Family Principal Dinah MacManus is one of four head teachers shortlisted for a Pearson Award that honours teachers right across the UK.

Dinah has worked for over 15 years in Holy Family and although pleased with the nomination, she says she is slightly embarrassed that the focus is on her and not on her staff.

“I have to say I have such a great team of teachers and this wouldn’t have been possible without them. I am nothing without them and I mean that,” she said.

“Some teachers are here from 7am in the morning and don’t leave until 6pm at night. Anyone who tells you teachers work nine to three have never been to this school. They are so committed to the children and that’s because they have the interest.”

Dinah says she considers herself lucky to have her job.

“It’s a demanding job but it’s a great job. I am fortunate to love coming to work every morning because I love my job.”

So how good is Holy Family? On every level it is succeeding, says Dinah.

“We are oversubscribed between P1 and P7 which is a great achievement for an inner city school. We have to turn people away. This time last year we got an inspection and were rated outstanding.”

Succeeding in an area of high deprivation isn’t easy but the school has been able to implement a number of initiatives to try and level the playing field between families who are struggling and those that are better off.

“I am very much in favour of uniforms because it is cheaper than if you don’t have one. We specify black footwear that can be bought in Tesco for £10. That means you don’t have some pupils wearing trainers that David Beckham wears and other children whose families can’t afford that feeling left out.”

The school invests a great deal of time and resources in music instruction and everyone gets a chance to take part.

“We have over 100 pupils taking music lessons but we don’t charge for that because the minute you charge, the pupils whose families can’t afford it are immediately disadvantaged. So we make sure everyone has an instrument to use free of charge.”

The focus of the school, says Dinah, is to engender an ethos of confidence in the pupils.

“We are an international school and that means we develop relationships across the world. We have partnerships with schools in Africa, China, Poland and France. Last year we had two teachers from Belgium here as part of their training, and African teachers come here, and our teachers visit Africa.

“It’s about allowing the children to broaden their horizons. It’s about raising our children’s aspirations.”

Judges will visit the school this week and speak to the pupils, teachers and parents about how the school is performing.

The awards ceremony takes place in London and is hosted by actress Emma Thompson. Whether she is there or not, Dinah says she feels proud that the school is being recognised.

“I see this nomination as an accolade for Holy Family and for inner city North Belfast and to be in the finals is just great!”