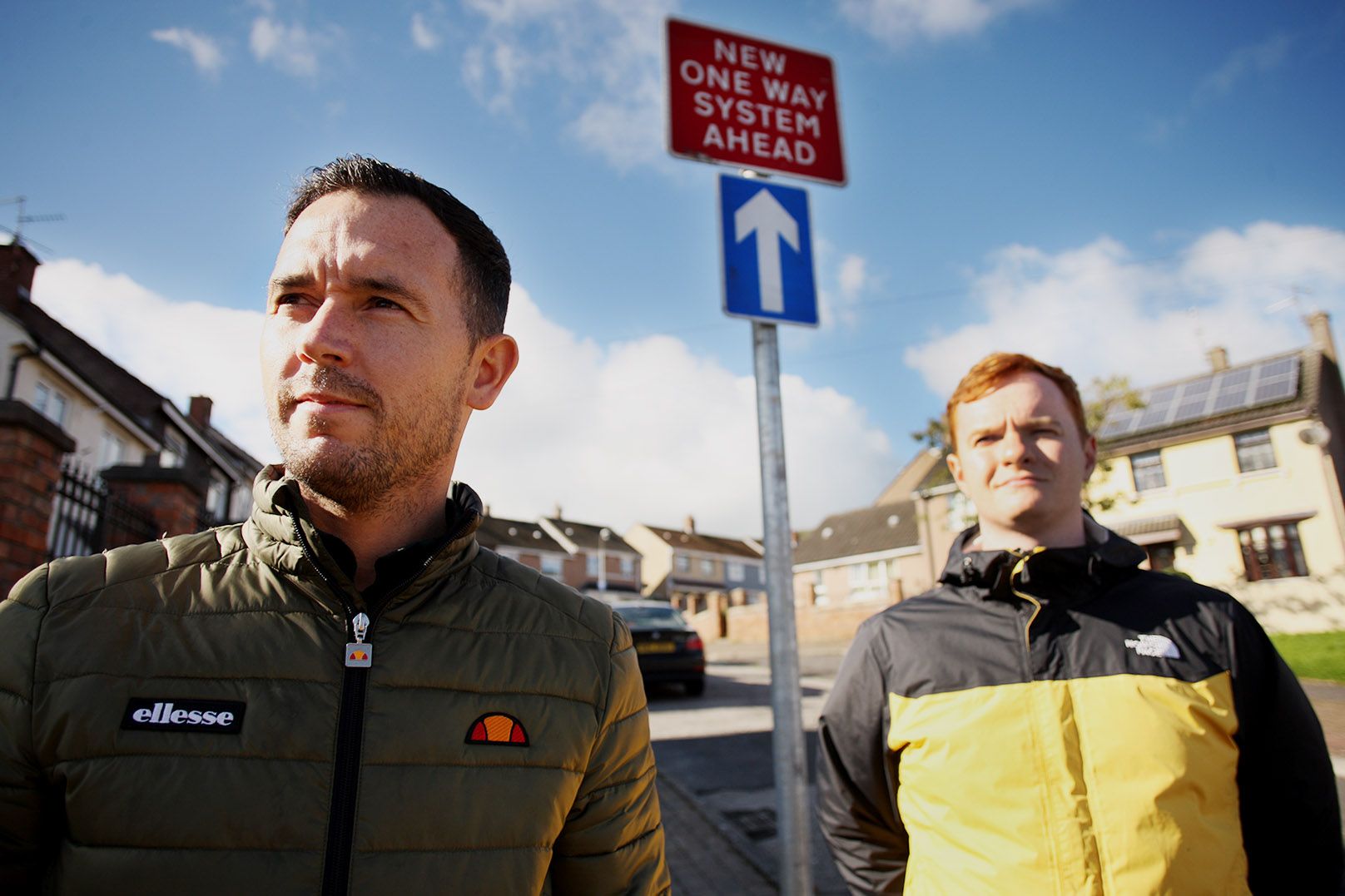 SINN Féin Councillor Michael Donnelly has welcomed the installation of a number of one-way systems in Turf Lodge.

The new one-way systems follow a four year campaign brought about by issues such as on-street parking, narrow streets and missed bin collections.

Welcoming their introduction Cllr Donnelly said that the feedback from residents has been fantastic.

“We have been working alongside the Upper Springfield/Whiterock Integrated Partnership for the past four years,” he said.

“We carried out a door-to-door consultation in 2017 and some of the major issues that came up in Monagh Crescent and Norglen Crescent were issues around parking, narrow streets and bins being missed due to how narrow the streets are.

“One of the solutions was that we lobby and campaign to turn those streets into one-way systems. Four years of hard work and graft both politically and from the community sector and we finally have the result that we wanted.

“It is a great result for the residents on those streets and the feedback to date has been fantastic. People don’t need to reverse around the corner if another car comes and we hope that there will be no more issues of bins being missed. It has been great to see all of this hard work come to a positive outcome.”