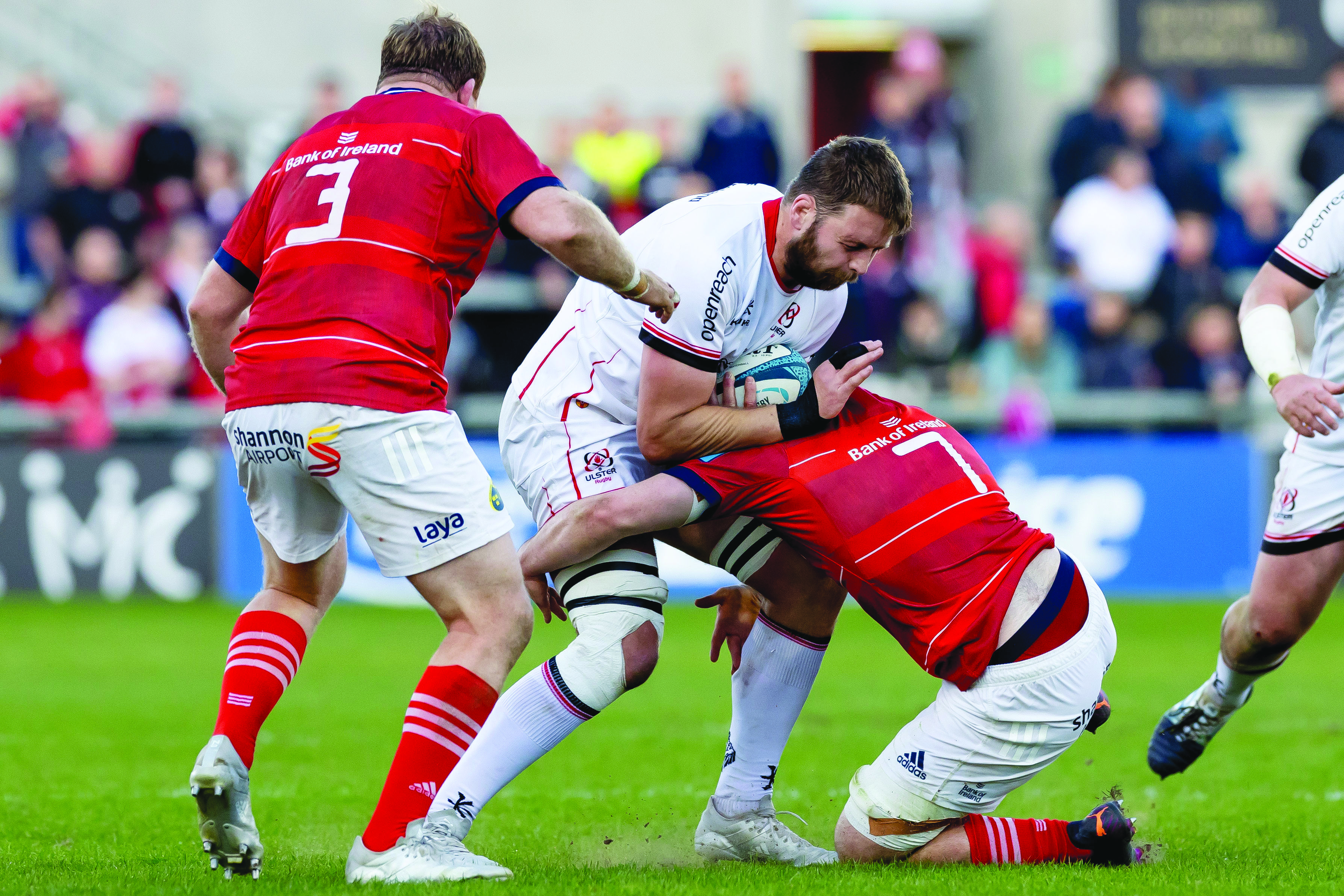 ULSTER  will be hoping to get back to winning ways while at the same time bloody the nose of one of their play-off contenders on Saturday night when they travel to face Edinburgh.

After beating Leinster in mid-March, Ulster have failed to register a win in their three games since and with two games left in the regular season, Dan McFarland’s side have slipped to fifth place in the United Rugby Championship (URC) placings. For their final two games, the fixture Gods didn’t look down Ulster too kindly.

The Cell C Sharks will visit the Kingspan Stadium on May 21 but before then, Ulster must ready themselves for a tilt at the home of the in-form Scots at their new DAM Health Stadium which has recently been built in the shadows of BT Murrayfield.

Both teams, unlike Ulster, are in great form. While the Sharks now sit in second position, Edinburgh are hot on the heels of Ulster with just two points separating the sides in the standings which means that this a fixture that falls into the ‘must win’ category for both sides.

With the fixtures set out nine months ago, Ulster were always aware of their tough run-in and skills coach Craig Newby insists that all the focus must be on Edinburgh and not fixture lists.

“The draw was many months ago and we knew exactly what run-in we would have,” he said.

“It’s a difficult one. Edinburgh are playing extremely well and the Sharks are winning. Would we rather play someone different? It’s irrelevant.

“We’re preparing for Edinburgh and then we’ll have some time to think and regather our thoughts for the Sharks.

Despite the poor run of form, Newby states that it is an exciting time to be part of the Ulster set-up pointing to the fact that Ulster have so much at stake with just two games to play.

“This is basically the most exciting time since I’ve been here with big games and the chance to push for play-offs,” said the New Zealander.

“As the end of the season nears you just can’t wait to get to work and I know for the players and the other coaches, it’s the same.

“It’s such an invigorating time of year. The sun is coming out more.

“So, I think as it gets to the business end it just becomes, while we play, it’s big games – it’s big moments.

“It’s why I coach, it’s more exciting as we draw near (to the end of the season) rather than thinking about how long the season’s been or the disappointments of past performances.”

Despite the poor run of results, Newby also points out that Ulster’s fate is not yet determined.

“It is frustrating and disappointing and we want to be in a better position but it’s in our own hands,” he continued.

“Destiny is in our own hands. We got two games that we can control our own performance and we are working extremely hard to do that.

“We weren’t good enough at the weekend against Munster and that’s disappointing for us and the people that support us.”

When results aren’t going your way in a result-driven business it’s only natural that player confidence will suffer. But Newby, insists that behind the scenes no stone is left unturned as they go about to help players be prepared mentally as well as physically for matchday.

“The mental side of sport, and particularly rugby because it is such a combat and brutal sport, is a huge part of our week and we do have conversations with players a lot around that,” he stressed.

“We’ve people staff and athletic performance staff that help a lot with that in terms of the physical side of things. We’ve got a sports phycologist who does a brilliant job with that with the players in planning goals, and things like making sure they get what they need within the week.

“And in terms of confidence, we’re actually playing good rugby against very good sides. We’re just not playing good enough rugby against those sides and we will try to bridge that gap to be more consistent throughout the 80 minutes and find that little bit of best of each player that can lift it a little bit and we will then find ourselves winning against these good sides.

“But confidence in rugby is a big thing but we have got a very confident group here in albitites in the way we want to play and we’re going to get going at it.”

A win on Saturday would go a long way to securing both a play-off spot and Champions Cup action for next season too.