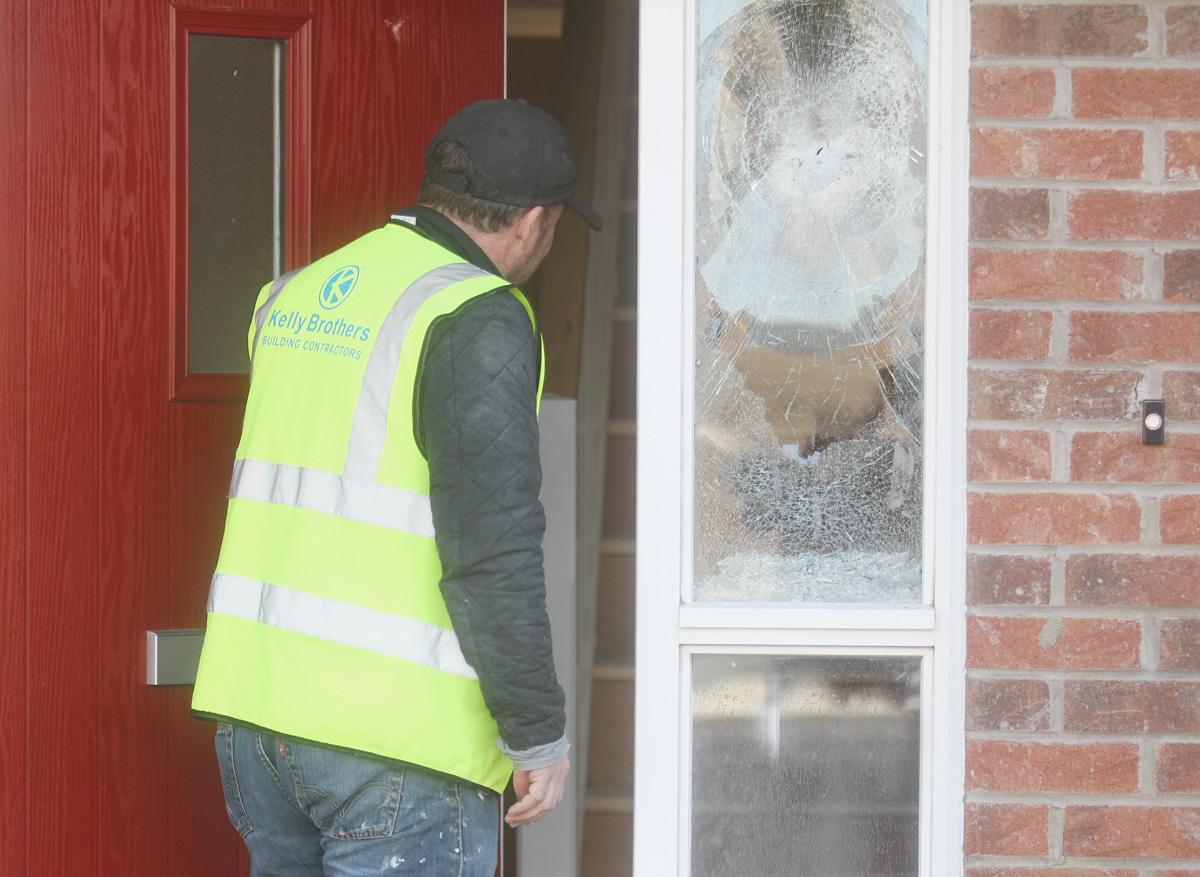 DISGRACE: One of the windows that was damaged by vandals

A social housing development which was the target of extortion attempts by up to five criminal gangs has been dealt a further setback by vandals.

Around £4,000 worth of damage to windows and doors of four houses within the new development was discovered on Wednesday morning.

It means that the handover of homes to families on the housing waiting list, which was expected to be completed by April, will now be delayed.

A total of 75 units are currently being built by contractors Kelly Brothers in Girdwood, made up of 41 houses and 34 apartments.

Last year the North Belfast News revealed that the Girdwood site was just one of a number of social housing developments in North Belfast being targeted by criminal gangs for extortion.

Site manager Dermott Spires said he believes the “mindless” act may have been carried out by youths.

“It’s disappointing because we’re working everyday to get these homes ready and any vandalism is setting back that date,” he said.

“It’s not as simple as just replacing the items that have been damaged, the doors are specialised and expensive.

“It seems that fencing has been broken down to allow access but we know that the damage could have been a lot worse. We’re asking people to step back and think about the impact of this mindless activity on families and stop.