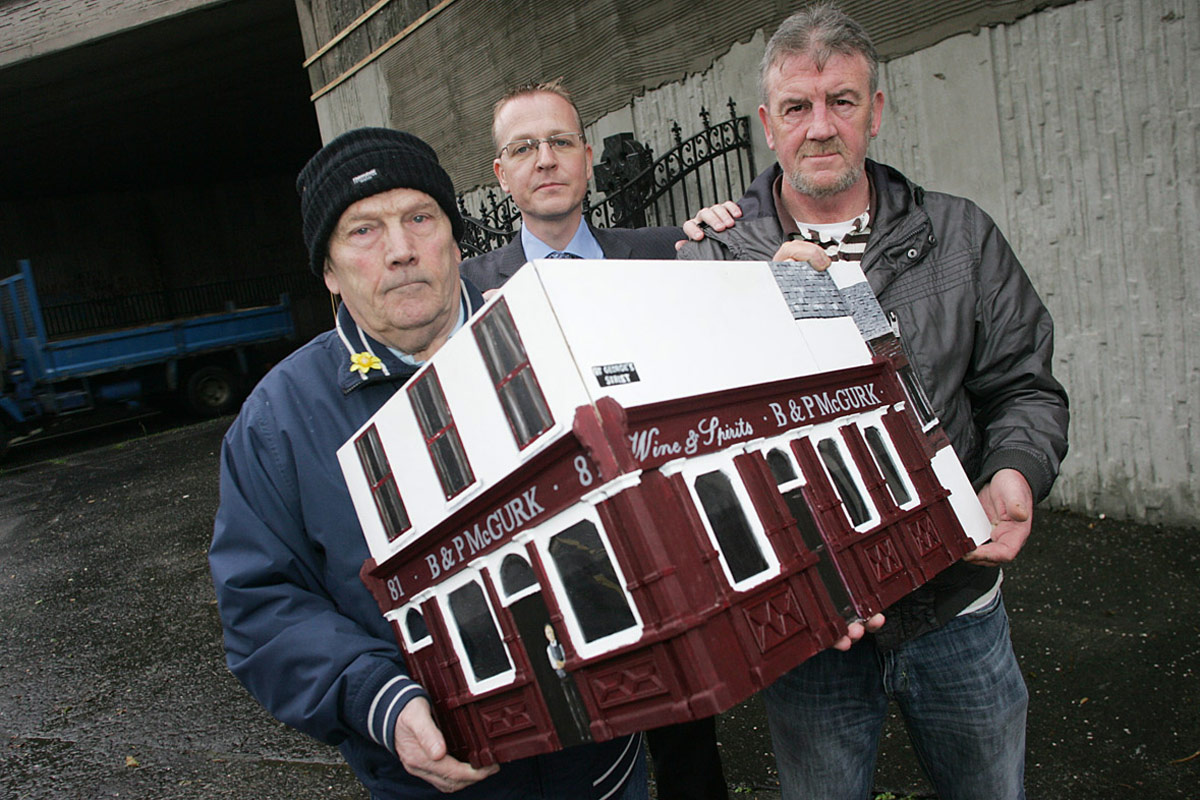 Work has begun on a sculpted relief recreation of McGurk’s Bar at the site of the UVF bomb which killed fifteen innocent people forty years ago.December 4 marks the fortieth anniversary of the bombing of the North Queen Street bar and to mark the occasion some of the families who lost loved ones have formed the McGurk’s Memorial Fund for a series of memorials.

The centrepiece is a mural/sculpture of the bottom floor of the bar at its original site on the corner of North Queen Street and Great George’s Street.

Residents living in the recently built Fishers Court development opposite the mural are in the early stages of forming a residents group and one of their key aims will be to assist the families in maintaining the various memorials at the site, including the new mural.

The housing development was subject to controversy after a campaign to name the street in honour of the victims of the McGurk’s Bar bombing was rejected at Council level.

One of the residents, Michael Flood, said it is important that the memory of the people who lost their lives is maintained.

“The residents fully validate and support the mural,” he said.

“This area has been sometimes prone to anti-social behaviour in the past but since this new development has gone up we have been able to keep an eye on the monument and that is something that we are keen to continue to do.

“Residents are keen to help out in any way because it is an important place for family members to remember their loved ones.”

Robert McClenaghan, whose grandfather Phillip Garry was killed in the bombing, said he was delighted to see work begin.

“This is a unique project and is the first time there has been a recreation of a premises that was destroyed during the conflict,” he said.

“It’s great to see the dirty hands and boots getting on with the mural.”

Meanwhile, a fundraising event to raise money for the McGurk’s Bar Memorial Fund is to be held in Ardoyne next week. The McGurk’s Memorial Fund fundraiser at the Glenpark Bar on Ardoyne Road takes place on Friday, November 18 (8pm to late). There will be live music and bar and Tickets are £5. Everyone is welcome.