A week to forget for the Wee Hoops 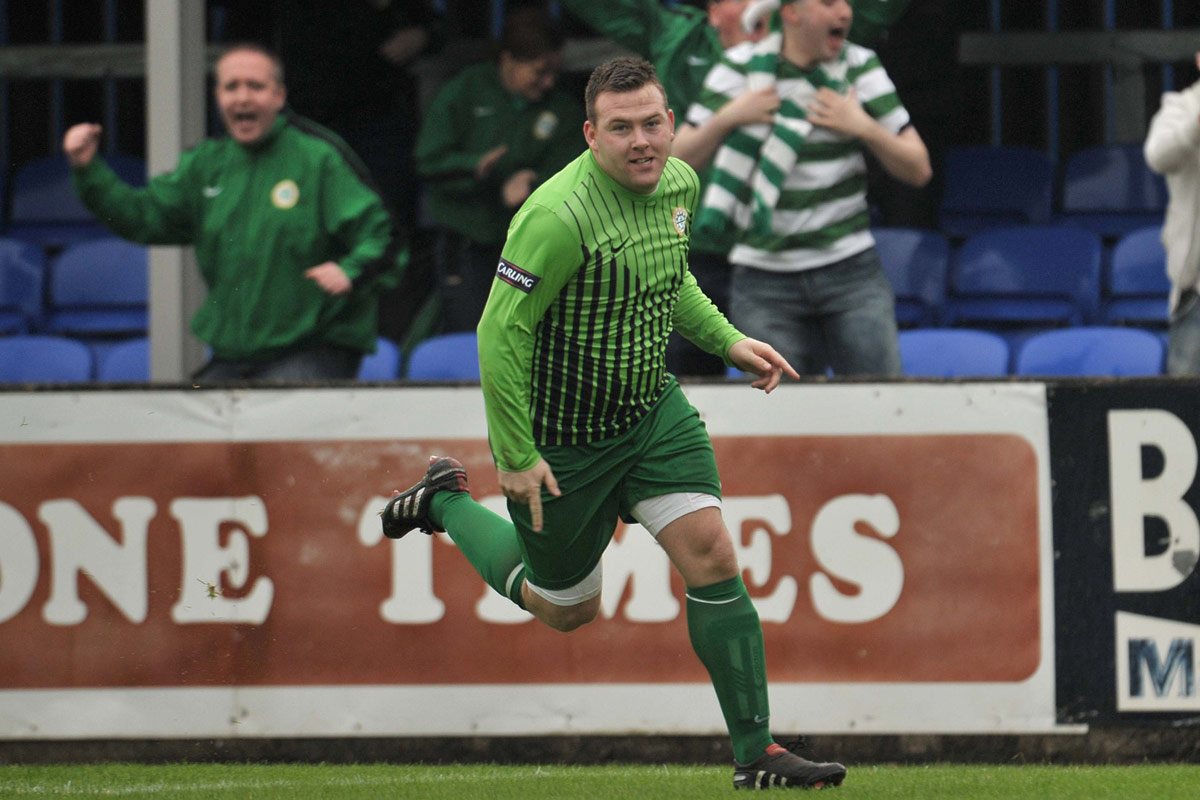 I was not at the game as I was sightseeing in Dublin, but by all accounts the Castlederg outfit fully deserved their win and good luck to them in the next round.

On Saturday we were back to Carling Premiership duty and on the road to Dungannon Swifts.

For the first time in a few weeks, Paddy Kelly had a full squad to select from going into this game.

Pre-match, as I looked at the team sheet, I was a relieved man as we had our strongest squad from one to 11 on paper and for the home team there was no sign of PG Lavery - a player who tortured us in the last fixture a few weeks ago - as he had GAA commitments.

Returning to Stangmore Park always gives me nightmares as this was the scene of our heartbreaking Premier League play-off final defeat a few seasons ago.

Scouring down to the bottom of the team sheet four names stood out – Azzopardi, Francalanza, Scerri and Arciola. Now I had not came across these four officials in the Irish League before and as it turns out this game was part of a swap initiative by the IFA.

These officials were in fact from my father’s birth country Malta while four officials from the IFA were also refereeing  a game in the Maltese Premier League on the same weekend. I looked forward to hearing the PA announcing these names.

The game kicked off in blustery conditions and for the first 20 minutes Dungannon were on the back foot as DC had all the momentum.

We had two free-kicks that came to nothing and while Kevin Keegan was hammering down the right wing getting in cross after cross, Niall Morgan in the Swifts goal was kept on his toes.

In the 23rd minute Stephen McAlorum was wrestled to the ground and got a yellow card for his troubles and maybe it was a good thing that the Maltese referee didn’t understand any of the abuse Paddy Kelly was throwing at him. After the re-start, Michael Fuston stung the gloves of Robert Robinson with a fine shot.

In the 30th minute Ryan Henderson was through on goal but his shot was deflected out for a corner.

Liam Bradley launched a high, dipping ball into the box and Declan O’Hara rose highest to head in his first goal for the Wee Hoops and give the 40 visiting supporters something to smile about.

Three minutes later Ryan Henderson was yellow carded for a foul on Michael Fuston  and two minutes later the card was out again, this time for Terry Fitzpatrick after a foul on Stephen McAlorum.

From the resulting free-kick Johnny Harkness floated in a sweet ball for Darren Murray but he failed to connect.

With five minutes remaining in the first half, Shea Campbell spotted Goose Robinson off his line and lobbed him but the DC keeper managed to get back in time to gather the ball.

Five minutes later we got a free just outside the box but Johnny Harkness’s effort went just over the bar.

On the stroke of half time tempers were starting to boil over on both benches as the language barrier between the Maltese officials and both managers was becoming a real issue as there seemed to be no communication at all.

Two minutes into the second half, Michael Fuston launched a long ball into the DC box and this should have been a routine catch for Goose as there was nobody near him.

But he fumbled the ball and Darren Murphy nipped in to make it 1-1.

After the re-start Kevin Keegan started off a nice piece of football from DC when he crossed to Paul McVeigh who exchanged passes with Darren Murray before Ryan Henderson’s shot went just over the bar.

Five minutes later Ryan Mullan had a chance down at the other end but Robert Robinson gathered.

The Wee Hoops then had two corners in the space of two minutes although both came to nothing.

Sixteen minutes into the second half it seemed that Eamon McAllister was not having the best day until he worked his magic on the right flank, after exchanging passes with Paul McVeigh, and crossed in for Darren Murray who made it 1-2.

By this stage Dixie Robinson had seen enough and made a double substitution bringing on McGerrrigan and Topley.

Within five minutes of coming on to the pitch, Johnny Topley unleashed a 25-yard equaliser into the DC goal, giving Robinson no chance.

The next 20 minutes of  the game were very even with both sides having equal shots on goal but Dungannon were playing the sexier one touch football.

Late on Stephen McAlorum was replaced by Darren McNamee as a precautionary measure as he was recovering from a serious injury.

Two minutes from time the referee dished out his fourth yellow card of the game to Liam Bradley before adding three minutes of extra time.

I suppose a draw was a fair result in the end with the point leaving us in seventh place in the table, level on points with Coleraine.

This Saturday we have a massive game at home to a resurgent Glenavon team in the Premiership.

Since joining the back room team at the Lurgan Blues, former DC boss Packie McAllister has guided them to back to back wins.

We could be without striker Darren Murray for six games  pending an appeal.

If this is the case, Johnny Gowdy and Conor Glenholmes will really have to step up to the plate.