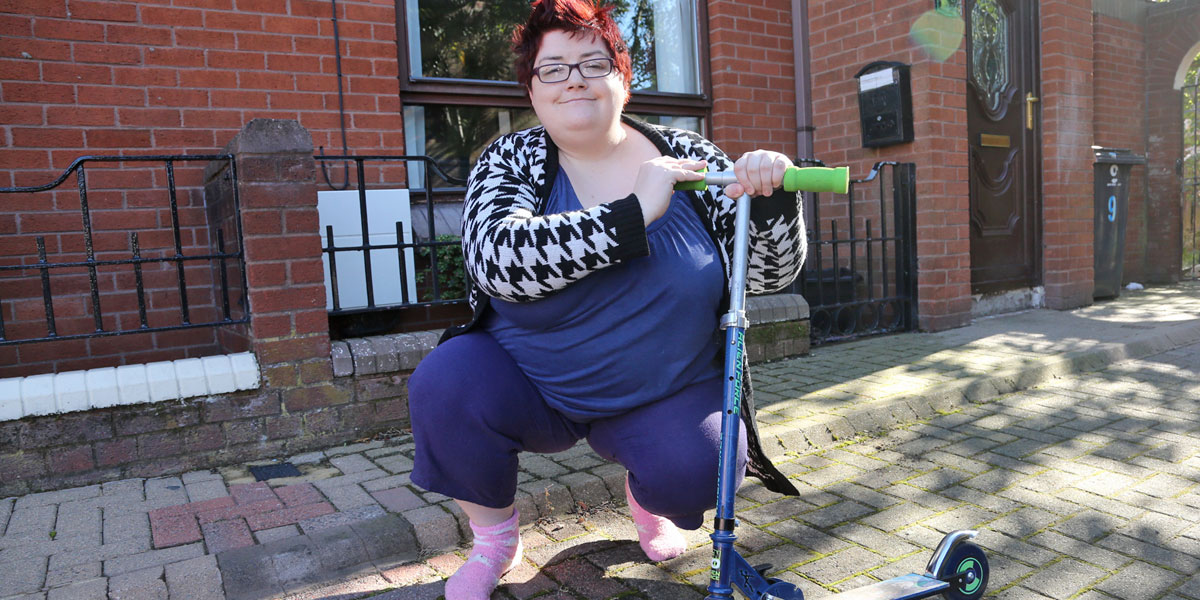 THE all-new Andersonstown News Bargain Finder page has come to the aid of a local mother whose son had his much-loved scooter stolen.

Beechmount mother Chris Mallon posted on the Facebook page on Saturday that heartless thieves has stolen her eight-year-old son Joshie’s scooter. She was bowled over when soon after  another mum offered to give him her son’s scooter as a replacement.

“Joshie has special needs and had had the scooter since he was three, it’s the only thing that he will go outside on,” Chris explained. “I just needed somewhere to vent and had signed up to the Bargain Finder page when it started.

“I couldn’t believe that not only were people sympathising with what happened but that another mother offered Joshie a replacement scooter. It really made me rethink the goodness in people, and despite what happened there are good people out in the community.

“I think the page is a brilliant idea and it has made Joshie so happy to have a scooter again and I just want to thank through the Andersonstown News the mother who gave us the replacement.”