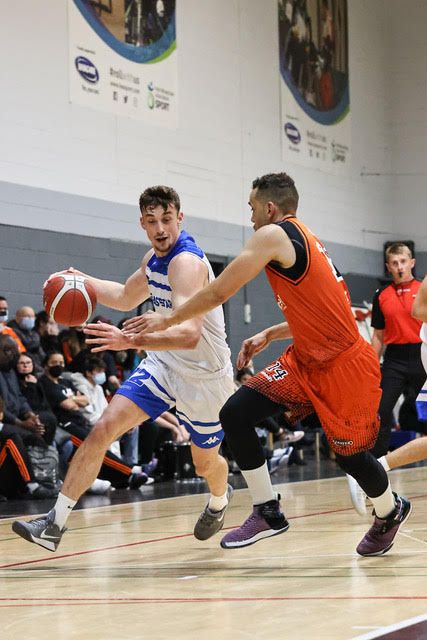 Dublin is currently proving a lucky city for Belfast Star with the side travelling home last weekend having secured victory in the capital over DCU, having previously defeated the fancied Killester there.

And it’s a win that will give the side much-needed confidence going into this weekend’s clash with in-form Galway side NUIG Maree.

Points are still hard to come by for Star, however, and last weekend’s low-scoring affair is far from the champagne basketball served up by the team on their way to earn league honours in the previous season.

Star head coach Adrian Fulton said afterwards that he was pleased and relieved in equal measure.

“It wasn't pretty at times but any win in this league is hard earned and DCU Saints made it difficult as we knew they would,” he said.

“Our bench had a big impact on the game, but I'm especially pleased for Jonny Foulds in particular, who has had a frustrating start to the season but has continued to work extremely hard.

“We know how good a player he is, and it hadn't quite happened for him over our first few games, but tonight he was terrific at both ends of the floor.”

After a pretty even first quarter, Star dominated the second to lead by twelve at the break, 23-35. Saints then took control of the third to leave just two points in it going into the final period, 44-46, when Star then stepped on the pedal again for a hard-earned win.

“Yes, we had to withstand a period in the third quarter when they made everything they attempted,” Fulton continued.

“However, our lads themselves made some big shots at crucial periods. It wasn't pretty at times, but we played hard and it certainly gives us something to build on.”

Star’s opponents in La Salle this weekend are currently the hottest team in the country, NUIG Maree, who followed up their elimination of reigning Cup champions Templeogue the previous weekend with a 97-91 league win over previously unbeaten Tralee Warriors.

The Maree games tips off at 6.30pm in La Salle with fans advised to come a little earlier than usual to facilitate admission because of Covid.