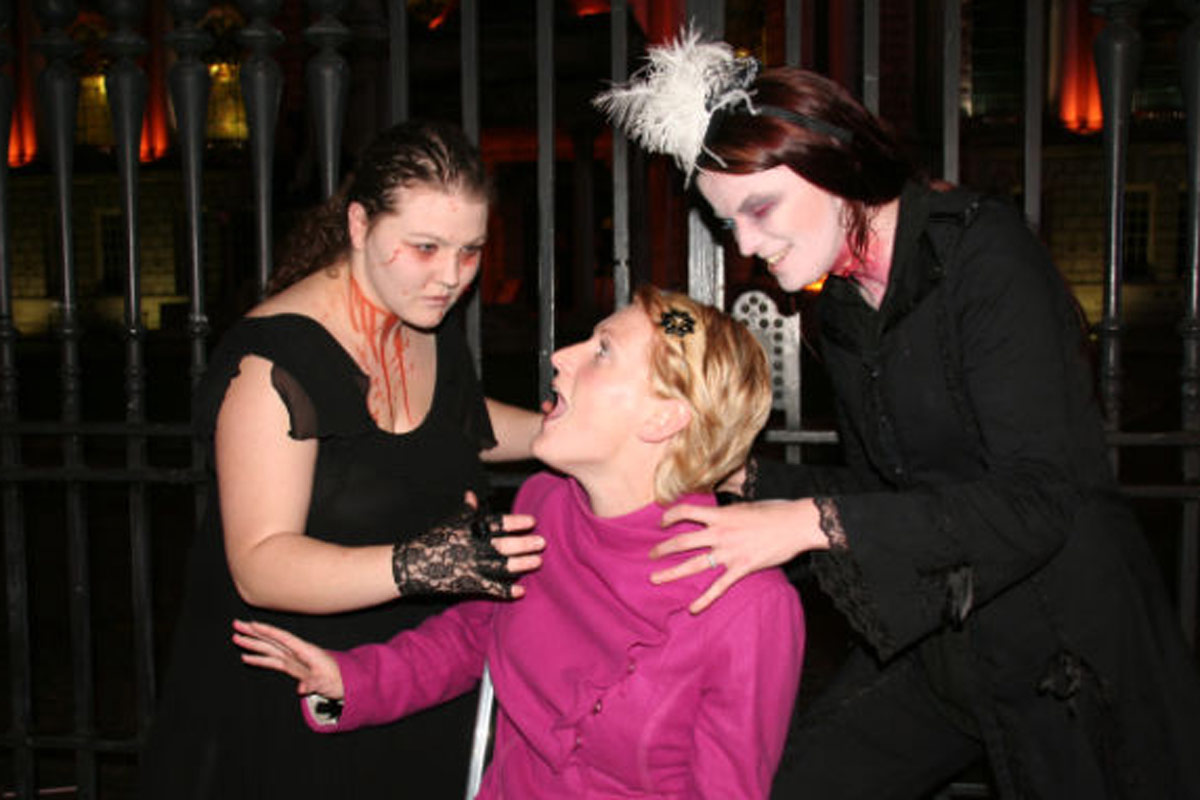 AS October brings an early dusk to the streets of Belfast, the narrow alleys and wynds that intersect the city centre take on a dark hue, and come alive with the bloody tales of the tortured undead, ghoulish bodysnatchers, and murderous butchery.

Yes, such an introduction can only mean one thing, the Halloween season is creeping upon us once again, and with the darker evenings drawing in, the darker side of old Belfast comes alive, with the “Halloween special” Belfast Ghost Walks, run by full-time tour guide and history buff Richard Cobb.

The Glengormley native has always had a taste for the macabre, and is one of Ireland’s foremost “ripperologists”, with a passion for the crimes of one Jack the Ripper in the foggy, gaslit streets of Victorian London.

However, having undertaken ghost tours in famous “haunted” cities, from gothic Edinburgh to murky York, he knew that gruesome titbits from Belfast’s own bloody pre-Troubles history could make a chilling tour for those brave enough to follow Richard and his colleagues through the warrens of the ‘old town’.

“We actually run tours all year round, but come Halloween, demand increases, so we make the tour longer and more dramatic for those who come along,” said Richard Cobb.

“I saw a gap in the market and set things up; it’s a clever and fun way of telling local history, and some of the ghoulish legends that emerge from it.”

The tour features such horror as the hanging of United Irishman Henry Joy McCracken in 1798, whose neck snapped on High Street. Yet in true bloodcurdling Belfast lore, the rebellious patriot was not finished with his message to the city’s citizens.

“There used to be a tale of how the ghost of Henry, in period clothing, was witnessed wandering eerily about by shoppers,” Richard continues.

“Belfast has some very old pubs as well, which feature on the tour, and we regularly get people catching ghostly orbs on cameras outside two of them – the Deer’s Head, and the Morning Star. We know that a workman once fled the Deer’s Head one night, vowing never to return on his own after dark, and was too frightened to reveal what he had seen.”

As the saying goes, you should be more afraid of the living than the dead, and the tours recount the dastardly deeds of merciless killers and real life bodysnatchers, who once prowled the historic Clifton Street Cemetery, looking for fresh corpses to unearth and sell for ill-gotten gains.

“They would creep in under cover of darkness, using wooden shovels to muffle the sound of their digging in the clammy earth.

“The corpses often weren’t buried that deep, and they would remove the head to get the hair, which could be sold for wigs, and the teeth, which in Victorian times fetched a handsome price, as most dentures then were made of wood, and so real teeth were very valuable.”

The bodies were then smuggled from the misty Belfast dockyards in barrels of brine, for medical autopsy use in Britain, and the world’s most famous bodysnatchers also have Belfast connections, despite committing their foulest deeds in the cobbled laneways of Edinburgh.

“Burke and Hare were both from the North of Ireland, and while Burke was hung for the murders the pair committed, Hare testified in return for his life, and when he was released from jail he disappeared off the face of the earth.

“However, rumours circulated he secretly returned to Belfast, and maybe even continued his vile crimes,” Richard added.

Being a ripper fan, Richard runs tours in London’s Whitechapel area, where the anonymous killer plied his bloody trade and even claims an interesting local link to history’s most infamous unsolved murders, which he regales to trembling participants in the dark of Belfast.

“In 1888, an Englishman man named John Foster was arrested in Belfast’s Memel Street on suspicion of being connected with the ripper murders. It remains a mystery as to why he came to the attention of police.

“He was held for several weeks before being released, whereupon he disappeared.

“A theory exists that Jack was a travelling sailor, who was never caught because he fled London after each crime.

“This man was a suspect, and we could have had Jack the Ripper himself walking the streets of Belfast.”

The Halloween Tours take place in the city centre from October 28-31, and booking is essential. For full times, and to book online, visit www.ghostwalkbelfast.com, for further information.