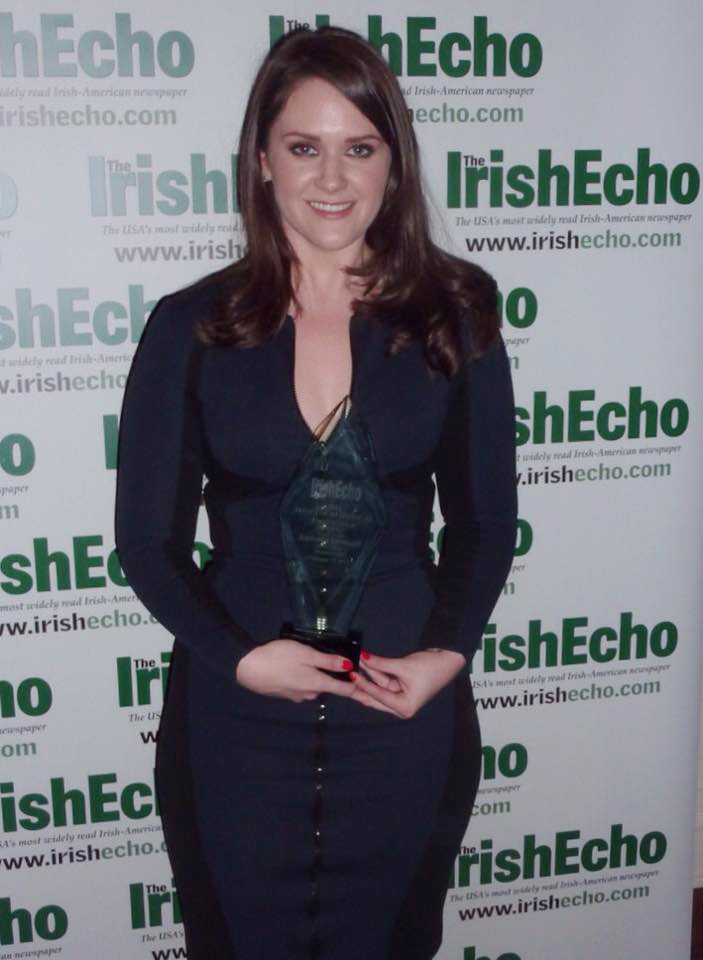 A Belfast woman now based in Washington DC was among 40 young people in the United States with Irish connections to win a prestigious newspaper award.

Bronagh Finnegan was presented with the Ambassadors Award at the recent Irish Echo 40 Under 40 event in New York. The 24-year-old is public affairs and outreach officer with the Northern Ireland Bureau in the American capital, an agency which fosters links between Northern Ireland and the United States.

The former St Louise’s pupil took part in the Washington-Ireland Programme in 2011 before taking up her current role in which she rubs shoulders with some the USA and Ireland’s most influential political figures.

“I am delighted to have received the Irish Echo 40 Under 40 Ambassador Award and to be honored among such a prestigious group of young professionals,” Bronagh said. “It has been the greatest privilege to be able to represent the place that I call home on the international stage and in particular to represent the younger generation who are so vital to our future.

“I am extremely proud of my Belfast roots and am so excited to see what the next few years have in store for us.”

Bronagh’s dad, Gerard, said the whole family is incredibly proud of her achievement.
“We are delighted she is doing so well over there and very proud that she was given the award,” he said. “When she first went to work there saying goodbye was really hard, but knowing she is doing so well makes us really proud. “