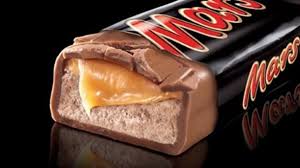 We all like a Mars Bar – but with fried egg? And in a sandwich?

SQUINTER was fondly remembering his oul’ ma the other day and in particular the daily battle she faced to put food on the table for a large family. Like all good mothers, her own dietary requirements were very much put to the side until the needs of her brood were catered for.

In a warmly nostalgic moment he tweeted the following observation: “Weird things your parents or grandparents ate. My mother enjoyed a nice custard cream sandwich (yes, custard creams in bread and butter).”

It’s true. Squinter’s sainted old mother used to solemnly place several custard cream biscuits inside a round of bread and butter and then tuck in. A custard cream sandwich. Squinter well remembers being perplexed, to say the least. He wondered what on earth put that idea into her head and he wondered how anyone could enjoy such a concoction. On mature reflection he can speculate with some degree of certainty that it was not so much a case of personal preference, but a case of needs must.

It’s clear she wasn’t alone in having been forced by circumstances to adopt some, ah, unique culinary practices, as a fascinating series of Twitter responses showed. Here’s a selection of the best things your parents and grandparents fired into them – rated by yours truly.


Oddity value: Squinter has enjoyed spuds and vegetable soup many, many times. The addition of brown sauce is unusual, but not bonkers. 2/5


Oddity value: This is weird, no doubt about it. The contrast of soft bread and crumbly biscuit in Squinter’s ma’s piece was one of its few positives. But biting through soft bread into even softer sponge and jam sounds like a horrible experience. 3/5


Oddity value: Squinter has to say that he has eaten and enjoyed all of these things. This contributor doesn’t suggest that these were, or should be, eaten together, which would be quite something. So we take them on their separate merits. 2/5


Oddity value: Straight off the bat this would appear to be distinctly odd, but Squinter sort of remembered reading about this in a Christmas magazine last year. And so he consulted Professor Google. Sure enough, fried Christmas pudding is A Thing. And also A Very Popular Thing, so much so that it’s recommended as the perfect St Stephen’s Day breakfast. It might have been off the wall years and years ago, but now it’s very much mainstream. 2/5


Oddity value: Again, fairly common ingredients but this time combined to make quite a quirky combo. 3/5


Oddity value: Sadly, giblet soup is just a fancy way of saying stock. Squinter knows, because he makes it every Christmas from the gear packed inside the turkey in a plastic bag. And it’s great. Eating the neck and heart, though, after they’ve been boiled right down is fairly radical. 3/5


Oddity value: Now we’re talking. What on earth would put something like this into a human being’s head? And further, what kind of weird genius is it that figures out that this would be something that children would eagerly consume? 4/5


Oddity value: Some might describe this as utterly unremarkable. But when you really think about it, it’s properly crackers. Pouring milk over a plate of potatoes as if they were cornflakes? Homeric. 4/5


Oddity value: The first is practically mainstream, so we shall set that aside. The legendary Mars Bar makes another appearance, but the chocolate/apple combo is rather less intriguing than the chocolate/fried egg mash-up. 3/5


Oddity value: Proper old school strange. This one just reeks of decades past and you can almost smell the onion and feel the Oxo steam on your face. Simple, classic, timeless. 4/5


Oddity value: Contributor doesn’t say whether granda preferred water or whether there was just no milk. Dickensian in its bleakness. 3/5


Oddity value: This has a kind of weird logic that makes its weirdness kind of non-weird. Bailey’s is essentially an alcoholic dairy product – and since cream and milk and porridge have always gone together like a horse and corridge, and since whiskey and porridge has long been A Thing, this is ultimately not strange at all. 1/5


Oddity value: Bias admission – this gets a low score simply because it sounds lovely to Squinter’s ears. Quite simply – mushy peas are great; plain bread is great; real butter is great; vinegar is great. 1/5


Oddity value: Golden syrup is essentially thick honey, and because we’ve all had honey on everything at one time or another, this is almost normal. But pouring sugar on to golden syrup? That’s piling sugar on top of liquid sugar. That’s Overkill with a capital O and therefore the item is considerably redeemed. 3/5


Oddity value: This one just screams authenticity, given that a) Squinter hasn’t had a Fry’s Chocolate Cream in decades and b) it sounds like something a working man would happily wolf down. On the downside, chocolate sandwiches are A Thing and not really odd at all. 2/5


Oddity value: The old sliced onions again. The brown bread gives this one a certain downhome credibility, but it’s surprising how many people are partial to raw onions. So much so that it’s almost not weird. 2/5


Oddity value: Two problems: 1) this is not really a food and 2) there’s a good chance your granny actually committed a felony. That said, this is just brilliant. Grannies rock. 3/5


Oddity value: While the previous granny was committing a proper fraud, this granny is actually telling the truth. Glucose is a ‘simple sugar’ according to MedicineNet.com, while icing sugar is finely ground sugar. Shweet. 2/5


Oddity value: ’Member when you finished a bag of dulse and the salt stung the corners of your mouth? Well, the bread could go some way to offsetting that unfortunate outcome. And the combo is fairly mingin’. 3/5


Oddity value: Granted, this sounds horrible. But when you think about it, it’s just two breakfast staples going down at the same time instead of consecutively. 2/5


Oddity value: No point in lying about it: this sounds grrreat. And you gotta love the authenticity in naming the very cockles brand. Failure to specify Free State Tayto or Our Wee Pravince Tayto is a downer, though. 3/5


Oddity value: At first blush this appears mental, but here’s the thing: crack an egg into pasta and the heat will cook it in just a few seconds. Similarly, a raw egg on hot potatoes will no longer be raw. Runny as hell, perhaps, but not raw. 2/5


Oddity value: See previous onion sandwiches. But kudos for calling them scallions and not spring onions. 2/5


Oddity value: An eyebrow-raiser, no doubt about it. But of course the sweet and the savoury are often placed together: turkey and cranberry; pork and apple; gammon and pineapple; Willie and Jamie. 2/5


Oddity value: This is so off the scale it’s almost scary. Think about it: you’d have to arrange – what? – maybe six single chocolates to make one sandwich. And in one bite you could have a mixture of bread and butter and, say, Almond Crunch, Caramel Caress and Raspberry Heaven. And if that’s not illegal it should be. 5/5