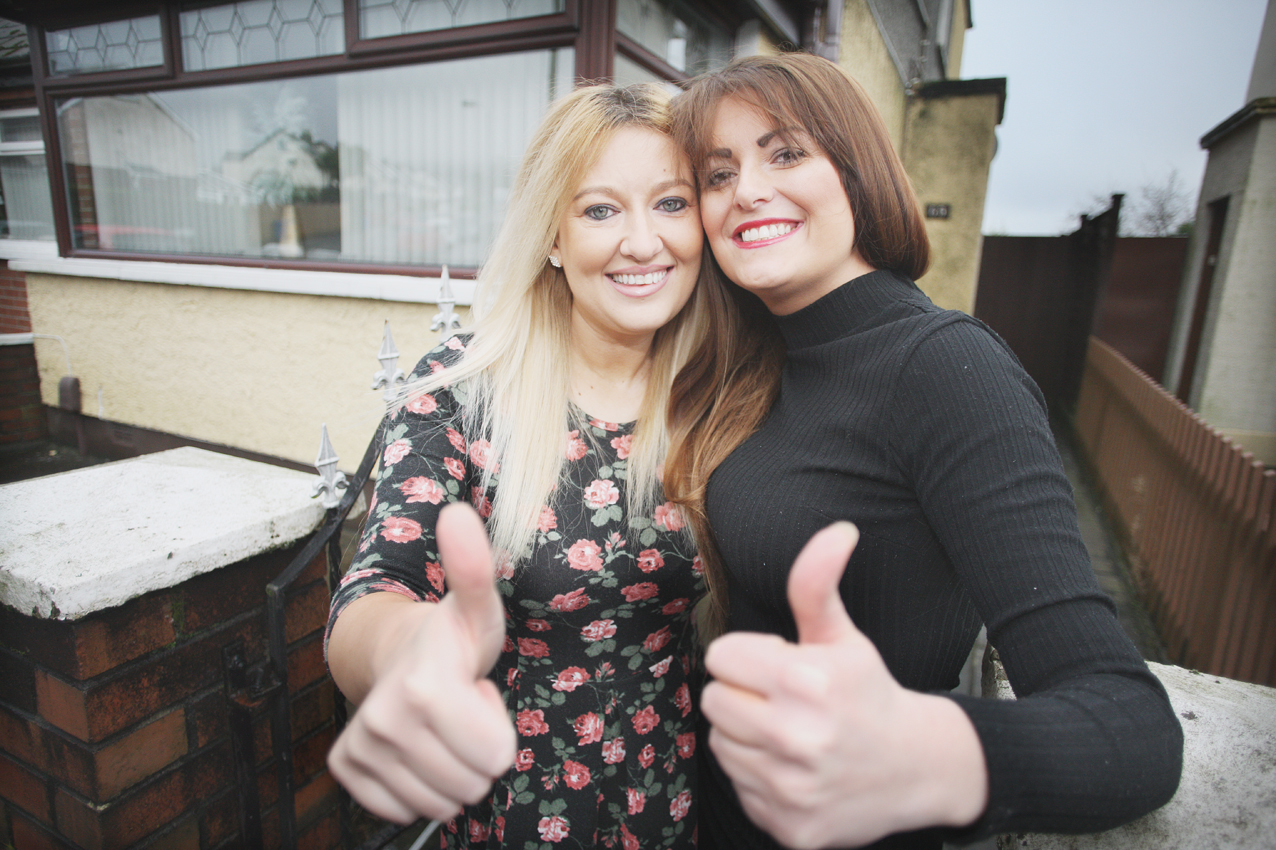 TWO best friends who hail from either side of the North Belfast peace line have started a public campaign to get on Big Brother to show the positive side of Belfast.

Danielle Burns, 31, and Kimberley Trotter, 30, first met on a Springboard course a decade ago and hit it off immediately. They say they want to show the better side of Belfast by going on the Channel 5 show for which auditions have opened.

“I grew up in Torrens and at the time I did Springboard I didn’t know any Catholics,” said Kimberley, who later moved to the Shankill.

“I was the same,” says Danielle.

Mother-of-one Kim says they wanted to dispel the myth that the people of Belfast were divided along sectarian lines.

“Our stories are completely different and growing up we stuck to each other’s area. When we go away on holiday together people say, ‘You’re from Belfast, that place with the walls where you are all separated.’ People really still think that so it would be good to get the message across you an be best friends for either side of the community and you can go on to do whatever you want.”

Big Brother isn’t the cultural touchstone it once was but the girls say as fans they are excited about the chance to appear.

“We love Big Brother,” said Danielle, who has two young children. “This year has been the first chance to go on as a duo. I always wanted to go on but didn’t have the nerve to do it on my own.

“People are getting confused and think that we’re asking for votes but you can’t vote to get us on. On the application form you can send in a Facebook page so we decided to make one together and get as many people as possible to like it in the hope that will help us with the auditions.”

Ten weeks stuck in a house sounds like a challenge but the girls have no fear. They say they aren’t worried about letting out family secrets as their lives are already open books.

“Our family and friends and ex partners know everything there is to know about us, there’s nothing about our lives hasn’t been put on Facebook!” laughed Danielle.

“If we get into the house I’d start leaking stuff about myself – get it out there before people can find out!”

If you’d like to support the girls visit www.facebook.com and search ‘Get Kimdannie On Big Bro’.