DÚLRA: Birdlife aplenty on the edge of the lough 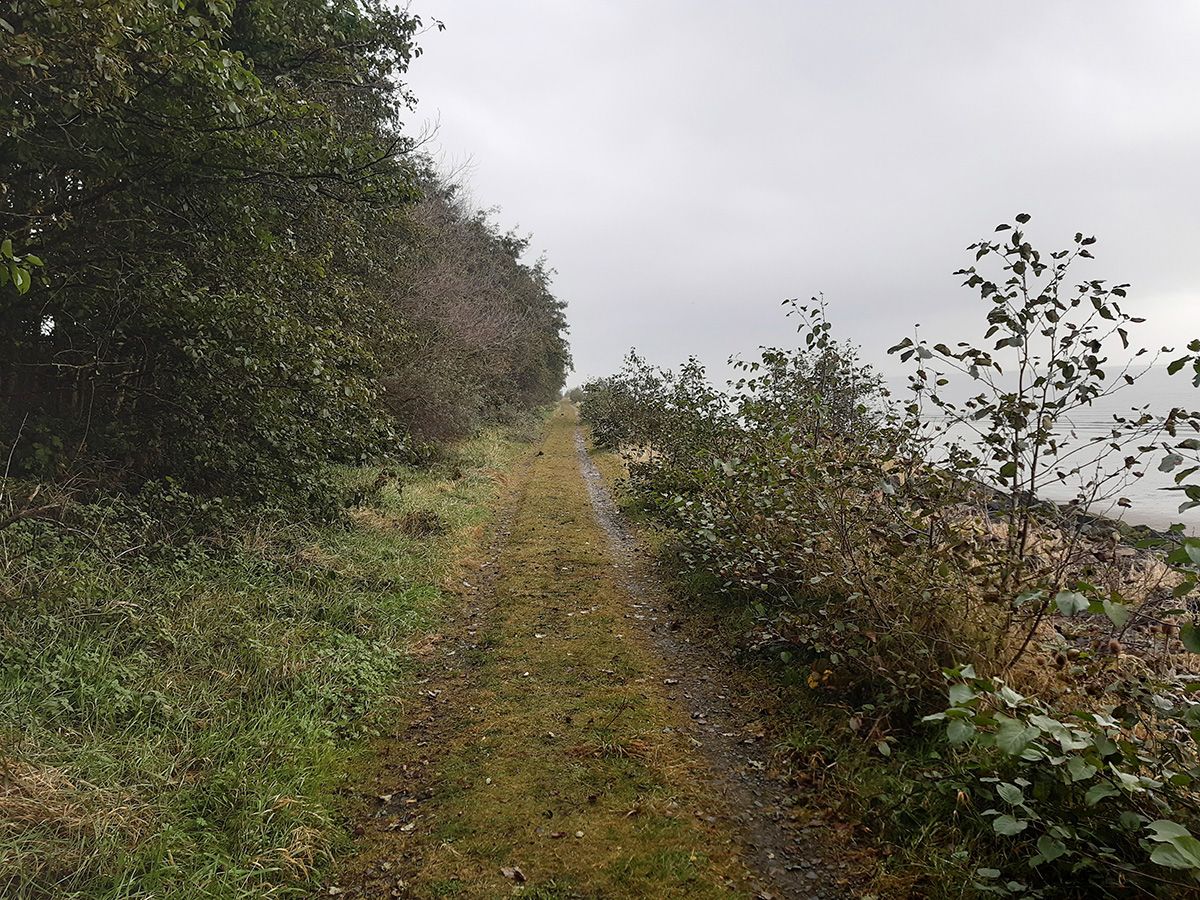 A PATH LESS TRAVELLED: On the shore of Belfast Lough is an oasis of wildlife and birldlife, but how long will it last?

Dúlra would bet not a single reader could correctly guess where this lovely country laneway is. It looks like it could be tucked away on our hills, perhaps leading to an old farmhouse. But the truth is Dúlra took this picture in the very heart of our city, on the shores of Belfast Lough.

Our lough has been out of bounds for the city’s residents for as long as Dúlra has been alive – there’s no easy access points, unless you go up in the direction of Jordanstown.
Giant’s Park has the potential to change all that. Here a mind-boggling range of habitats has been created so that not just seabirds can find a safe haven, but even traditional hedgerow birds that love rural laneways like this.

Dúlra took a dander around the park this week and it’s hard even to put into words the incredible nature there.

The variety and number of birds is partly because of the time of year – there are vast aerial movements in mid-autumn – and partly because this part of Belfast Lough has become a wildlife sanctuary.

Not totally by design, of course – we’ve never been known to show such foresight or generousity to wildlife. But while we wait a few more years before ‘development’ can start when the noxious gases have left the underground rubbish that lie under Giant’s Park, it has become like an oasis in the desert.

One of the reasons wildlife is thriving here is that it’s off bounds to people. Dúlra gets a special pass because of a plan to encourage kestrels to nest there (more of this in the future).

This week’s dander was bookended by marvellous birds of prey – two kestrels rose in the sky to greet our arrival, while two giant buzzards watched from a post about 20 yards away as we got back into the car. In truth, the whole place is like an open-air zoo.

First the finches – bullfinches, goldfinches, chaffinches and linnets were all spotted at various times. And then a pair of once-common birds greeted us on a broom bush down by one of the purpose-built lagoons as bright as canaries – these were greenfinches, glasán darach in Irish.

The sheer numbers of seabirds were astounding. Dúlra to his shame doesn’t know half their names – but there was a fair scattering of curlews among them, while a glorious little egret walked near the shore as if on stilts.

There were reed buntings and stonechats and every so often a peculiar tweet or call would signal a new bird that couldn’t be spotted in the binoculars. You can only identify the birds that you know – who knows how many rarities went unrecorded?

Two more birds of prey would love this place – hen harriers and merlins. Dúlra has never knowingly spotted a merlin, which is about the size of a thrush – but he’d bet that it’s here, somewhere. Every thrush he sees here deserves to be inspected – he’s convinced that some day a merlin will suddenly come into focus as if by magic.

One bird that did stand out was a blackbird. Dúlra focused in on it and was shocked to find that even its famous yellow beak was black! Blackbirds from Scandinavia don’t get their yellow beaks until year two, so this bird may as well have been carrying a Swedish passport!
With the sun setting early, Dúlra headed home, his head swimming with all the species he’d spotted in just an hour. Of course, if he had the right equipment like infrared binoculars he’d be able to experience it at night – it’s also a perfect habitat for owls. Are you listening, Santa?