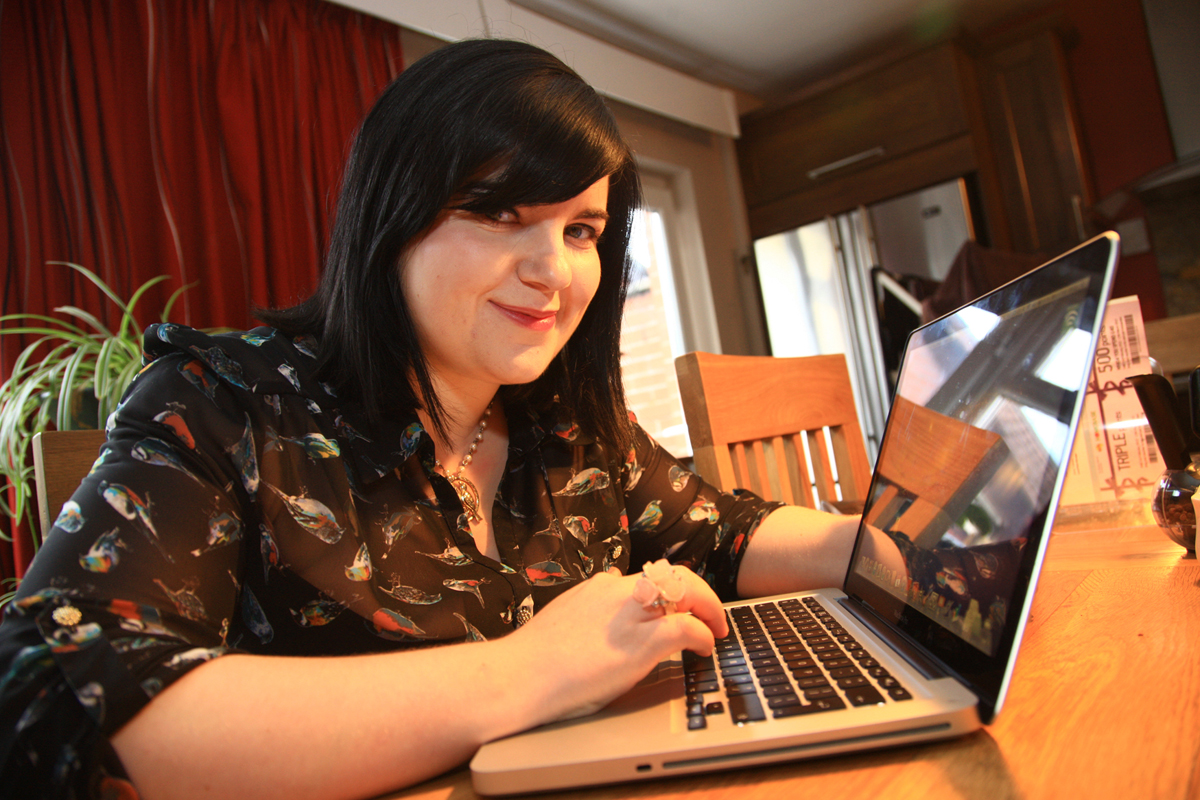 The South Belfast native also writes on feminist issues, running ‘The Feminist Gaze’ blog which focusses on representations of women in film and television. The busy film studies graduate is also preparing to launch her own baking business.

I was born in... Belfast City

I now live... on the Lisburn Road

I was educated at... Holy Rosary Primary, Methody, BIFHE and QUB

My earliest memory is... getting bought a pair of shiny new red shoes

When I was a child I wanted to be... Indiana Jones

I actually became... a film theorist and part time baker

Worst job you've ever had... food runner at an Italian restaurant

Best job you've ever had... baking; nothing beats seeing how happy people get at the sight of a glitter adorned cupcake

The bravest thing I've ever done... flew to Japan on my own despite my massive fear of flying

The stupidest thing I've ever done... stepped on a glass bottle in bare feet

The biggest thing I've yet to do... officially launch my baking company ‘The Lily Pink Bakery’

The people who inspired me most are... each of my grandparents

The most important thing in the world is... family

My best friend would say I... am always late

I like to relax by... TV box set marathons

My favourite saying/quote is... “Freedom, Beauty, Truth and Love”

The last book I read was... ’How to be a Woman’ by Caitlin Moran

My favourite movie is... you can’t ask a film student that question! The film that never fails to cheer me up is Amélie

The actor that would play me in a movie of my life would be... I would love to say Kate Winslet but I think that’s very wishful thinking

The song that makes me dance is... ABC by the Jackson 5

The song I would have played at my funeral would be... Tiny Dancer by Elton John

The best place I've ever been... Tokyo

The place I have to visit before I die is... Bora Bora

The last person I talked to on the phone was... my dad

The last text message I received was from... my pregnant sister who texts me daily to demand cake

If I was a politician I would... ensure that plenty of money went towards arts funding

If I won the lottery I would... buy an old cinema and revamp it

If I could describe myself in five words they would be... sentimental, impulsive, forgetful, indulgent and clumsy

If I could invite five people (living or dead) to a dinner party they would be... Tori Amos, Alfred Hitchcock, Joni Mitchell, Humphrey Bogart and Tina Fey

If I could change one thing about South Belfast it would be... better bus routes across the city rather than just in or out of town

My favourite thing about South Belfast is... the little cafés