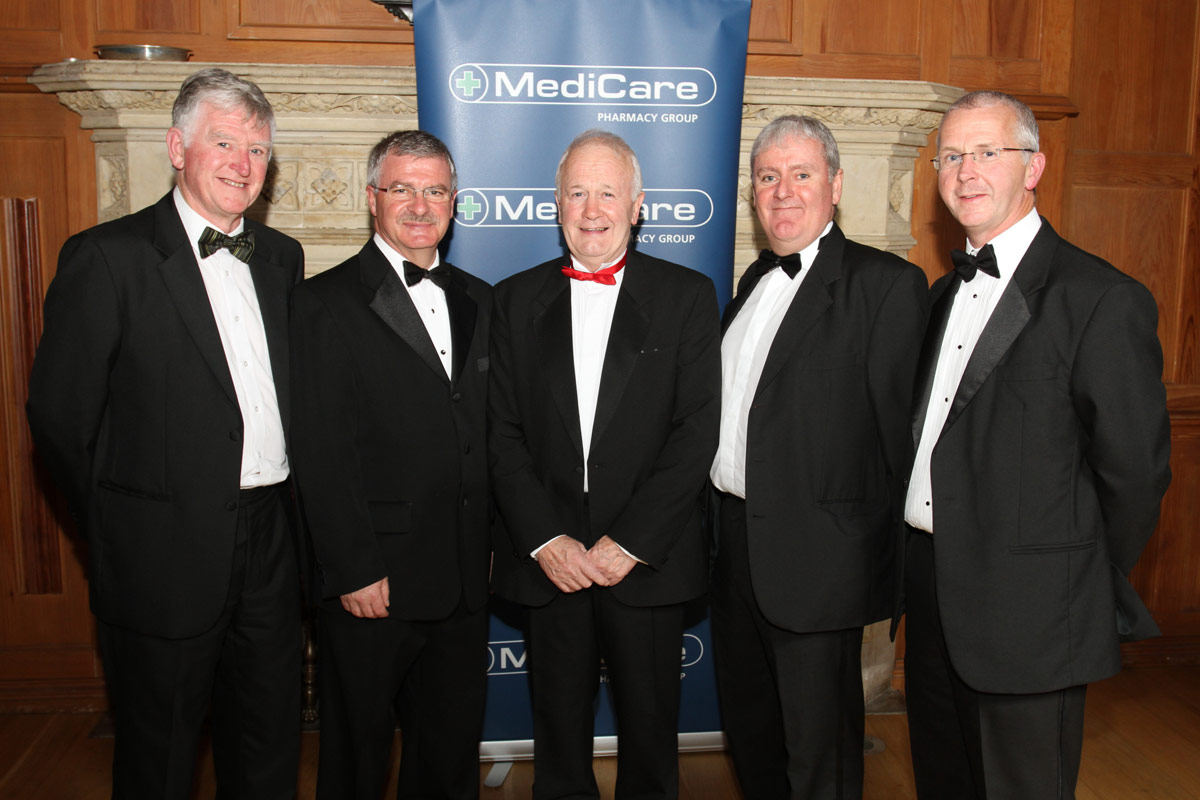 The club, which has over 1,000 members, also launched a specially commissioned commemorative book.

Guests at the dinner included US Consul Kamala S. Lakhdhir and GAA Director General Paraic Duffy, who singled out Bredagh’s history and vitality as an inspiration for the whole association.

The event, which was hosted by Jerome Quinn, was attended by over 400 guests who were treated to a specially commissioned Irish dancing piece featuring the Ballynafeigh dancers complete with camogie sticks whilst comedian Gene Fitzpatrick kept everyone laughing.

Club Chairman Aidan McKegney said the event, and the book, show just how far the club has come, especially in recent times.

“Bredagh’s growth in the last number of years has been phenomenal, with vibrancy of Cherryvale Park on a regular basis being testament to that,” he said.

“Saturday night highlighted the struggle which the club’s founders had in the dark days of ‘The Troubles’, and we paid tribute to those who kept things going at that time.

“The feeling now is that Bredagh, far from coming to the end of something, is very much at the beginning of a hugely exciting period in its history.

“Saturday night was a celebration of all that has been achieved and looks forward to a new chapter when our players step up to inter-county level across all the codes.”

The full colour hard back book which was launched on Saturday offers photographs of all 32 Bredagh teams, with a series of articles looking at the history of the club, the current set up and its future.

The Bredagh U10 hurlers entered two teams into the Carryduff Blitz on Saturday October 8.

The Holywood boys provided stiff opposition, but early points from the midfield duo of Cathcart and Hughes settled the Bredagh lads. Further scores from  McDonnell and Broderick settled the game in Bredagh’s favour, with subs McFarlane and Fintan McCollum coming on to see the match out. The boys put in a fine performance with some great passing inter-plays between the midfield and forward players.

This was a feisty contest with both teams contesting strongly in the tackle. Two cracking goals from long range from Sean Hughes separated the teams, with Cathcart and McDonnell sharing a brace of points each.

This game was very much a one sided affair, with Sean Hughes a lonesome figure between the sticks. The goals came from Owen Cathcart (4), Jude Lundy (1), Evin Maguire (2) and Fintan McCollum, with points from Lughan, Owen, Jacob, Conn and a cracking point from midfield from Mel Lavery. The display was a great way for this Bredagh team to round off their 2011 Blitz campaign.

This was a much tighter game than the scoreline suggests. Carryduff had much of the early play and it took a great individual effort to break down the strong Bredagh defence. Despite the best efforts of Smyth and Gibson up front, Carryduff managed several goal line clearances to go in one up at half time. The second half started with a great point from McMahon to level things up. A couple of late Carryduff counter attacks eventually turned the game in their favour.

Ballycran were just too strong throughout for the Bredagh boys.  This was a tough lesson for the young Bredagh team, but it was great to see their heads stay up throughout the game, with the hooking and blocking by several of the Bredagh boys being of the highest standard in the county.

Next up for Bredagh were a powerful Holywood team. A couple of tough challenges meant numerous changes to the Bredagh line up which unsettled the team’s shape.

Despite some good possession, with Lally, McMahon, McCanny and Boyle, they just couldn’t get that vital first score to lift their confidence and get them back in the game.

Overall, the Bredagh coaches were extremely proud of the attitude and level of skill shown by this team, most of whom will play a vital role in next year’s U10 squad.

Well done lads.  Finally, a big thanks to Carryduff for their generous hospitality during, and after, the tournament.