Bright future ahead for Belfast hurling 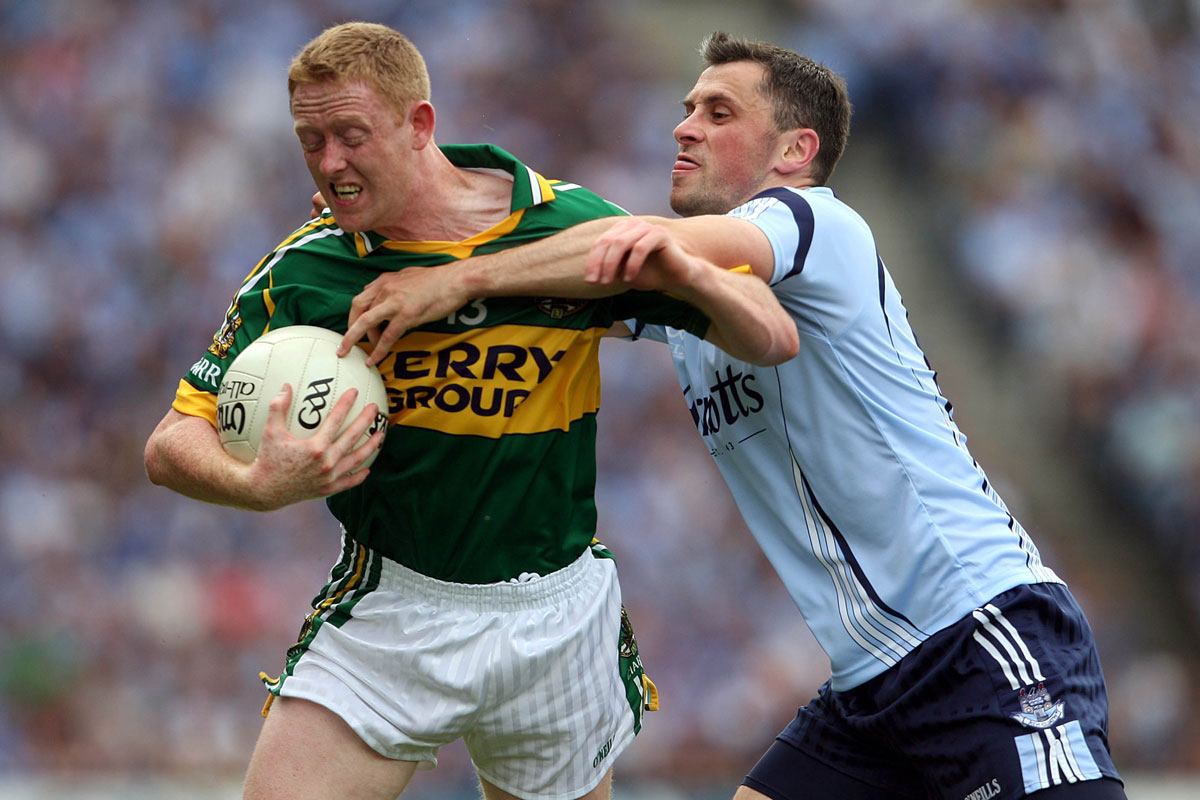 When the dust had settled the topic on most tongues was not of the winners in any of those but a team that had been beaten in one of the Senior semi-finals. That team is St Gall's.

On Wednesday of last week St Gall's, who have never won the Senior Hurling crown had beaten Dunloy, winners of ten titles since they won their first back in 1990, in a quarter final replay at Casement Park by 1-11 to 1-8.

That was a fully merited win and hinted at the emergence of St Gall's as a major force in Antrim Club hurling and to my mind signalled the demise of Dunloy after that club's reign of twenty years as the premier hurling club in the county.

There were voices saying as we left Casement Park that St Gall's had beaten a team that were over the hill and they would be put in their place when they faced Cushendall a couple of days later in the semi-final.

In that game at Loughgiel not only were St Gall's not put in their place, the wonder was how St Gall's managed to lose to Cushendall when for some three quarters of the game they were the superior side.

The result seemed to have been settled by ten minutes into the second half when St Gall's had built up a lead of 2-9 to 0-4 and fully merited that eleven point lead.

We were not to know that St Gall's were only to register one further point but even if we did that eleven point gap was going to be too much.

Between the tenth and twentieth minutes of the second half Cushendall hit four points against one for St Gall's but in the 51st minute the St Gall's keeper Daniel McDonnell, who up until then had been soundness personified, took too long to clear a ball he had in hand and when he did try to play it a Cushendall stick flicked the ball into the net.

That sparked some life into Cushendall and two points quickly followed to leave the score at 2-10 to 1-10. That was still the score as the game went into injury time and St.Gall's apparently had won an unbelievable victory.

However, disaster was to strike when Shane McNaughton floated the ball into the square where Declan McKillop doubled on it and that was the equalising goal. Everyone but a St. Gall's man would have settled for that but worse was to follow.

Two more minutes of injury-time were remaining, at the conclusion of which Conor Carson sent over a Cushendall point and St Gall's had been beaten by 2-11 to 2-10.

That was a total injustice in view of the trend of play during the first 50 minutes of the game.

In the other semi-final Loughgiel were easy winners, by 1-17 to 1-7, over Ballycastle so that this year's final will be a repeat of last year when Loughgiel were winners by a point.

Judging by what was seen in the semi finals we anticipate that it will be Loughgiel to be winners again unless Cushendall can improve on their form to date.

However the lasting impression is that St Gall's did more than enough to make it into the final.

The future certainly looks bright for the Belfast club but question marks appear on the names of two of the earlier big two, Dunloy and Cushendall.

The signs indicating the death of hurling in the city may be gone.

The victories of Lámh Dhearg in the Intermediate final, St John's in the Minor A and Rossa in the Minor B indicate that at long last the North Antrim dominance  of hurling in Antrim may be coming to an end.

One title, to Rossa in 2004 is the only time that the Senior crown has been in Belfast in the last twenty years and that is nothing like enough  bearing in mind the efforts being made in Belfast.

What do you recall of this year's All Ireland Senior final? Is it the commitment of both Kilkenny and Tipperary, the high tempo, the hits that were liberally exchanged, or the fact that the referee Brian Gavin was injured by a wayward hurl?

What stands out is none of those but the fact that the referee over seventy minutes of play awarded only 34 frees.

Spectators that have become accustomed to tallies of sixty and seventy frees being awarded in high profile games will thank Brian Gavin for his liberal stance where he ignored many trivial instances of infringements, concentrated on  major infractions of the rules and therefore gave the fans a game to marvel at.

I hope that other whistlers take notice.

I don't think for a second that the total of frees in next Sunday's All Ireland Senior Football final will be as little as 34.

For a start there is an intense rivalry between Kerry and Dublin and seeing how Dublin played when facing Donegal in the semi-final frees were one of the tactics involved.

Whilst Kerry are favourites they are not overwhelmingly so and that baffles me.

From what I have seen all season Kerry have all the ammunition needed to overcome Dublin, especially when Kerry will adopt an attacking policy.

After all, Dublin this time are facing Kerry, not Donegal, and the packed defence will be of little assistance in this one.