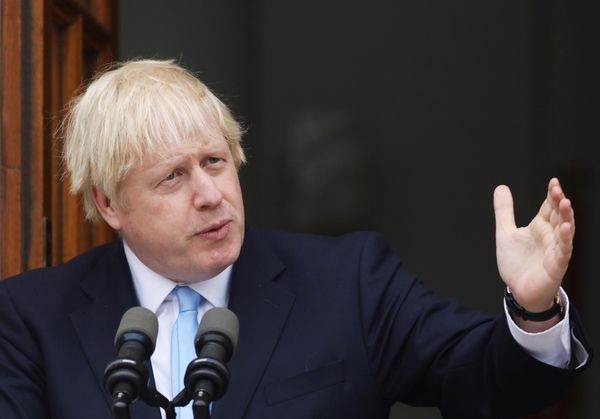 WHAT has driven the British  government to the point where it accuses  the EU of plans to ‘starve’ the north of Ireland and ultimately cut that region off from the rest of the UK?

The answer is straightforward: Britain aches for sovereignty, wants to make its own rules, govern itself, unhindered by Brussels. And so Boris Johnson and his cabinet colleagues use words like ‘take back control’ and ‘independent’, unhindered by the EU. In some ways it’s a reasonable demand. There is no doubt that when a state joins the EU,  it has to accept EU rules. About? About all kinds of things. Most obviously, it has to buy into EU rules about food standards. It’s EU rules that have to date kept us free of the infamous chlorinated chicken and hormone-injected beef.  So that by allowing Brussels to set the food rules, by definition we surrender control in these matters but, crucially, these rules are beneficial.

There are other rules too – notably rules about free movement of labour. Inside the EU, you have to accept that other EU citizens can come to your country and work. On the other hand, you can go to any EU country and work. This was good news for states which had jobs but not enough people to do them, and bad news for those states which felt foreign workers were coming in and impoverishing the local people. Succinctly put, it was a choice between open labour borders (EU) or potentially closed labour borders (non-EU).  The British Tories have managed to convince the English and Welsh people (but not the Scottish or Northern Irish) that closed or at least carefully filtered borders are best.

How long you’re expected to work each week is also controlled by the EU: employers cannot make their workers work for more than 48 hours per week. With Britain outside the EU, that law could change. It could conceivably mean that the  British law would say no more than 40 hours per week. But it also, and more likely, could say 50 or more hours per week. Either way, British workers will be at the mercy of Westminster legislation.

The EU also has rules for members relating to climate crisis. EU states are supposed to have at least 20 per cent of their energy drawn from renewables. To make this change means costs, but only a crazy man or woman would want to continue with the use of more fossil fuels. Unfortunately, there are a considerable number of crazies in No.10 Downing Street. If you doubt this, you clearly have never looked into the eyes of Dominic Cummings.

The EU requires that member states exercise tight controls on their banks. This is so obviously a desirable state of affairs, especially after the clusterclunk of 2008; but again the UK doesn’t like to be told what to do, even when that what-to-do is so patently desirable.
Vacuum cleaners seem hardly a likely area for UK/EU dispute but they’re part of the EU deal. Boiled down, the EU requires vacuum cleaners that use energy efficiently, the UK wants the right (yes, seriously, Virginia) to sell vacuum cleaners that are energy greedy. The EU hopes to bring in  similar regulations for kettles, toasters and hairdryers. The UK doesn’t like being told what kind of yoke it uses to dry its hair – and one glance look at B. Johnson tells you he’s their poster boy.

"The people of this country didn't vote to leave the EU because of pressure from Russia... They voted because they wanted to take back control.”

Boris Johnson hits back at criticism from Keir Starmer for failing to take action to against Russian interference. pic.twitter.com/MAhZSRMq8x

There are lots more, but let’s leave it and draw back. In an ideal world, countries or states would have control over their own affairs, if its citizens could be assured that the outcome of that control would improve the lives of citizens. But when we look at the history of the EU, we see that the centralising of control – the pooling of sovereignty in at least some matters – makes for not just a Europe where there are no longer massive world wars that take a terrible toll on human lives, but also a Europe where the rights of individuals and the quality of their lives are improved by membership (have you seen the south’s roads recently?).

There may be those who would side with Johnson and his Brexiteers and declare that they’d rather call the shots for themselves. Sure wouldn’t we all? And it’d be nice if we could bring back the Tooth Fairy too.