Carl Frampton raises the stakes ahead of Jamel Herring clash 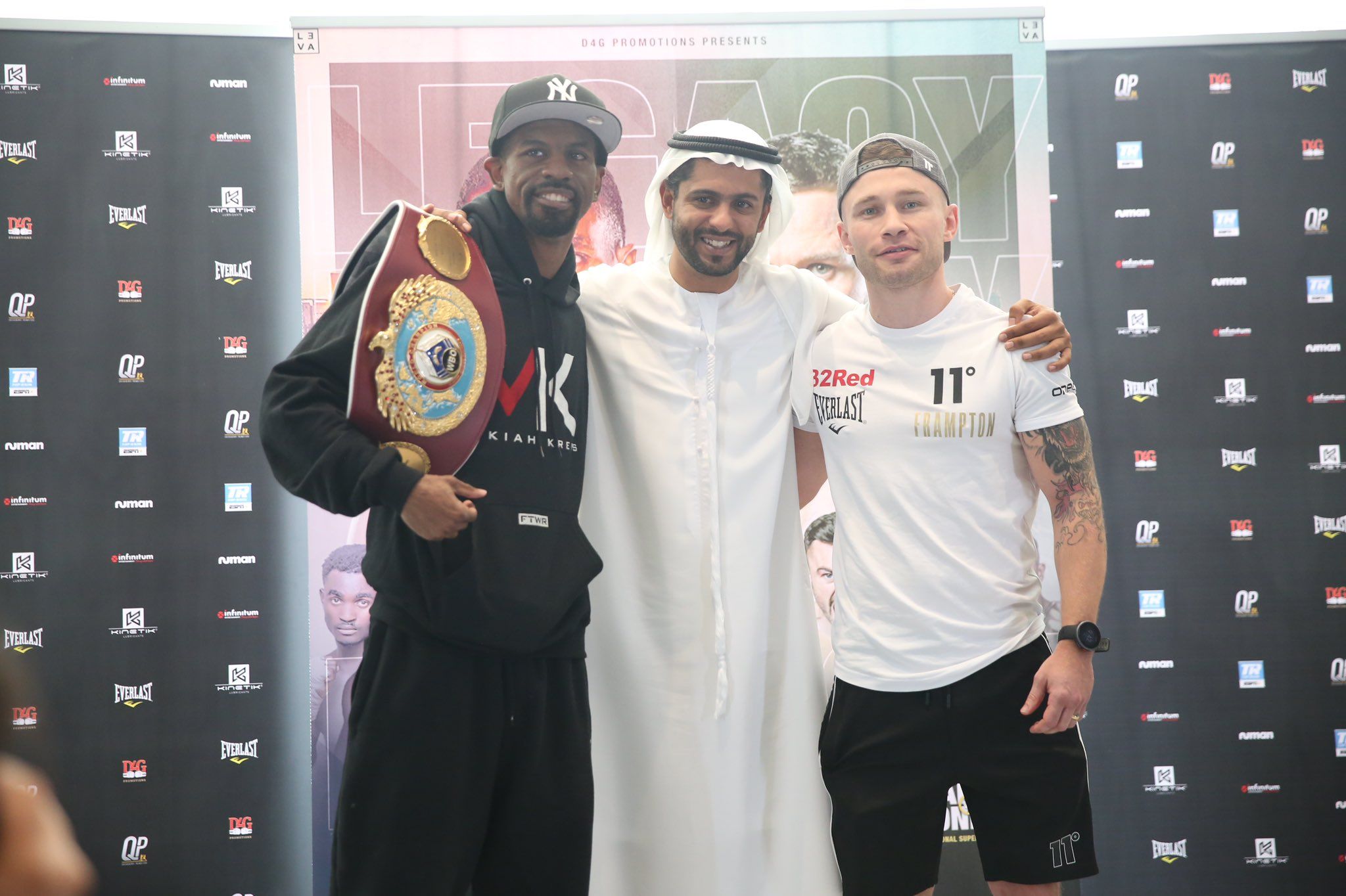 THE heat has been turned up in Dubai ahead of Saturday's WBO super-featherweight title dust-up as Carl Frampton has suggested that defeat could spell the end of his career.

'The Jackal' was clarifying comments he previously made that a loss would see him hang up his gloves, but countered that the same could be true for the 35-year-old champion.

At a fairly amicable top table exchange during this morning's final press conference, the Belfast favourite recalled pondering retirement after losing to Josh Warrington in their IBF featherweight title fight in Manchester back in December 2018 and said that he had made a vow to his family that he would only continue so long as he felt another world title victory was within his capabilities.

That is very much the case as he prepares to create history on Saturday, as victory over the New Yorker would see him become the first Irish fighter to win titles in three different weight divisions.

"After the Warrington defeat, I made a promise to my wife and kids that I believe I can win a world title again and I believed that is what I can achieve," said the 34-year-old North Belfast man.

"If I lose to Jamel Herring, I don't want to have to go around the houses to get into a position to fight another champion again and be in this game for three more years.

"I can't speak for Jamel here, but I think whoever loses this fight probably retires - we're not the youngest guys in the world anymore.

"I think a lot has been made out of that statement but I don't think it was a a huge statement to make - just me being honest."

Herring didn't seem keen to agree with that prediction from the challenger and said that whatever happens this weekend, there is still more for him to achieve in the sport.

The ex-Marine came to boxing late and was 33 when he won the title against Masayuki Ito, his one and only world championship belt. Having now made it as a headliner in a major event, he can't be blamed for wishing to see that continue but insists he is not looking any further than this weekend.

"I don't look at this in terms of whatever happens in this fight, win, lose or draw," he responded.

"I just feel good about everything that's been going on and haven't got to that stage (of looking to the future) yet.

"I will say that with everything that Carl's done in his career, he will go down as one of the greats and that's the reason why I want to get in the ring with him.

"I feel like I have so much to prove before I do walk away from boxing, but this is my moment. It's a big fight for me and I'm honoured to have it, so I just take it one fight at a time and take it for there."

In the build-up Herring has said this will be his last in the 130lb division as making the weight has not been easy. That's not to say it's been impossible as he insists he is strong and healthy ahead of tomorrow's weigh-in (Friday, approx 9am Irish time).

He also addressed suggestions that arriving in Dubai just over a week out having traveled from the United States with a nine-hour time difference will be an issue and has made the required adjustments.

"I have my nutritionist here and actually wanted to get everything (weight) off today, but she has her ways so I'll just go by what she says," he replied.

"In terms of getting here, I've been here for like two weeks so the whole jet lag isn't an issue. When we got here we started training late in the day because we know the fight is going to take place really late, so we're getting our bodies adjusted to that time change."

Frampton has been in the UAE city for almost three weeks so is well acclimatised in terms of heat and time zone.

Every box has been ticked in the build-up to what would be a monumental victory and one that would cap a quite remarkable career.

The magnitude is not lost on him as to what this would mean, not just professionally, but personally.

"It would mean the world to me, and not just me, but the people who have helped me on my journey ever since I was seven years old: my mum and dad; I have Cooper McClure here who is my old coach as an amateur," he noted.

"I have loads of people I have to thank who have helped me in some shape or form along the way.

"I'm very proud of what I've done in my career so far, but the chance to go down as the only three-weight champion from the whole island of Ireland, and one of the only British fighters to do it as well, you join an elite bunch of global fighters.

"I want to do that and I'm so determined to make sure that happens on the night. Personally, that would mean the world to me."