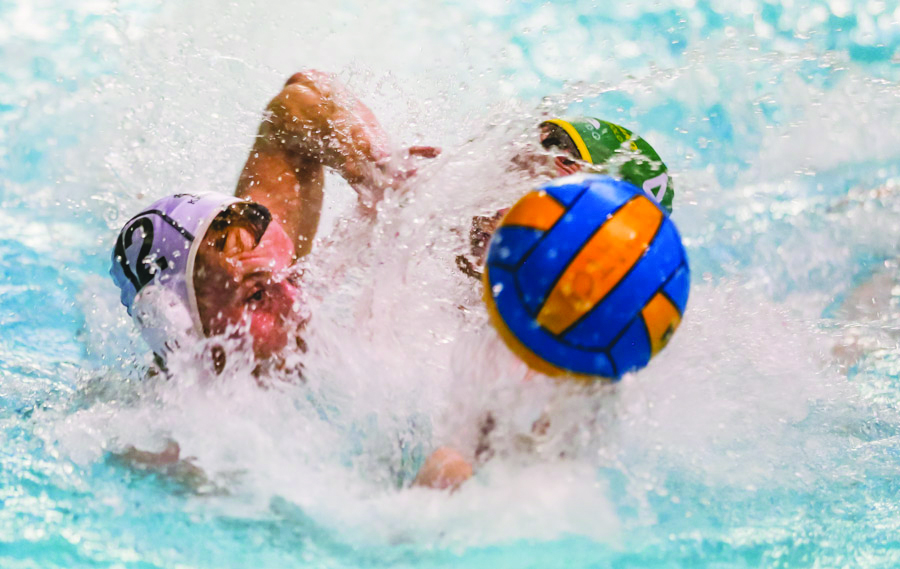 REPRESENTATIVES from Cathal Brugha Water Polo club will meet local councillors tonight (Thursday) as they continue their bid to have a floating floor reinstated in the redevelopment plans for Andersonstown Leisure Centre.

Public consultation regarding the £25million redevelopment opened last September, but the designs were revised last month.

The local water polo community were surprised and angered that the new designs did not include a floating floor which allows the depth of the pool to be changed according to the needs of the pool users.

The current proposal is to install a standard shallow to deep end pool, something the Cathal Brugha club argue is out-of-date and not in keeping with modern designs.

The club’s Director of Development, Phil Kelly, hopes to gain support from local elected representatives before the plans are finalised later this summer.

“We have met local councillors and we are attending a meeting of the West Area Working Group on Thursday at City Hall to make a presentation to them,” said Kelly.

“The council have told the club that the final designs will need to be prepared for the end of June, start of July.

“Thereafter, the designs cannot be changed. We are hoping that elected members will reinstate a floating floor in the plans.

“The closest Leisure Centre to Andersonstown is Falls and they offer a wide and varied program which really couldn’t be offered in a shallow to deep pool which is what they are proposing for Andersonstown.

“All of those things would be difficult to do in a shallow to deep pool.

“We looked at the financial aspect of it in relation to Falls and they have 34 swimming classes per week. They are able to do that because they have a floating floor and they can adjust the floor to whatever depth the class requires.

“Andersonstown has the biggest swimming lesson program in the city but it is restricted largely to the learner pool.

“If Andersonstown were to extend their swimming lesson program in a pool with a floating floor, they could accommodate infinitely more swimming lessons for a wider range of participants.”

It is understood the floating floor was scrapped in the revised plans as a cost-cutting measure – partly to accommodate more ‘fun features’ at the facility.

The cost of installing a floating floor at Andersonstown is believed to be in the region of £200,000.

However, Kelly insists the monies will be recouped in a relatively short period of time as the floating floor would allow a greater number of people to use the centre.

“The assumption is, because what is required is a half pool floating floor, that the cost would be much less. The figure being banded about is £200,000.

“We worked out that, if Andersonstown currently offer 75 classes, if they added another 16 classes per week, that would generate sufficient revenue so that the floating floor would pay for itself within six or seven years.

“Falls Leisure Centre had their floating floor installed in 2005 and it is still going strong and it is used every day of the week. It really would make the facility more sustainable financially.

“It is a strong argument for including a floating floor at Andersonstown especially given the numbers that it already attracts.”

Kelly fears for the future of water polo in the area if the plans aren’t revised but stressed that the issue affects the wider community.

“We are looking at this from a water polo perspective but it isn’t exclusively an issue for water polo,” said Kelly.

“We need to ensure the pool is provided with the chance to service the needs of everybody and for all users.

“This pool is going to be there for the next 30 or 40 years. What we are really resisting and what we are hoping to overturn is the provision of a shallow to deep pool, the same kind which has already been there for 40 years.

“We are trying to ensure that, for decades to come, that flexibility will be there.”