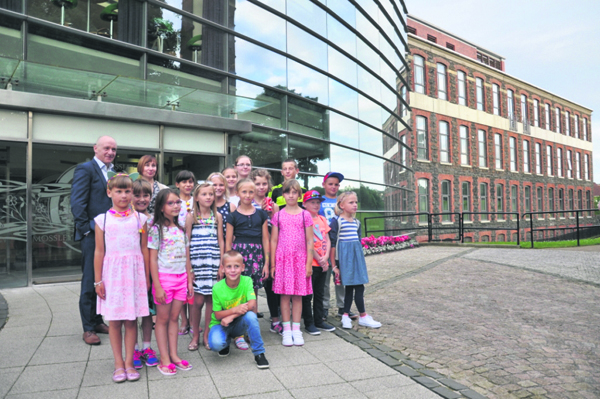 THE night of April 25/26 1986 will go down in history as the worst nuclear power plant disaster ever in terms of cost and casualties.

In total, 31 people died during the Chernobyl accident, but it is the long-term effects of the catastrophe that are still very much felt today by people living in Belarus and Ukraine, in particular children.

For the past 20 years, families here have been hosting children affected by the disaster.

Since 1994, the Chernobyl Children’s Appeal charity has brought thousands of children from Belarus and Ukraine to spend three weeks away from the area that still suffers from high levels of radiation.

The visits to the UK and Ireland are known as recuperative holidays and take place annually during the summer months when dust causes radiation levels to rise, making it unsafe for many living in the affected region.

Doctors in Belarus say the recuperative holidays are essential to boost the children’s immune systems for at least two years, helping them to resist or recover from serious illness.

Organisations such as CCA and UNICEF are still trying to raise awareness in the wider world that children in these areas continue to suffer even though they were born years after the event.

Other health effects of the disaster are still being investigated to this day and experts agree that increased incidence of childhood thyroid cancer caused by radioactive iodine fallout has been the most dramatic health impact of Chernobyl. There are more than 4,000 cases of thyroid cancer affecting the ‘Chernobyl generation’ of children as well as widespread iodine deficiency in the vicinity of Chernobyl and other parts of Belarus, the Russian Federation and Ukraine which is leading to a whole generation of children growing up potentially brain-damaged.

The three-week holidays offer the children the chance to leave their contaminated homeland for fresh air and clean food and offer them a taste of a better life and overall experience abroad.

As well as providing respite holidays, the charity also helps to recuperate children within the affected Belarus and Ukraine region who cannot leave their country and also supplies humanitarian aid to hospitals, schools and orphanages.

This summer, a group of around 35 people, including 16 Belarusian children aged eight to 15 years old and their host families from the Newtownabbey branch of the Children’s Appeal enjoyed a visit to Mossley Mill and a tour of the Antrim and Newtownabbey Borough Council’s headquarters as part of their three-week stay in the north.

The visit was co-organised by the charity along with Alliance Councillor John Blair and hosted by Mayor John Scott and his wife Audrey.

“These trips are extremely important and offer positive and valuable life experience for all the children involved,” said Councillor Blair.

“There is extreme deprivation and poverty in Belarus where these children live and to bring them over here and offer them a better life during the summer is fantastic.

“There are various activities planned by host families and organisers including an official welcome by Antrim and Newtownabbey Borough Council with trips to parks, leisure centres and taking part in a summer scheme all involved.

“I co-ordinate the event every year and I’m very pleased to do so,” he added.

At the conclusion of the visit, the Mayor presented the children with goody bags containing colouring books, pencils and pens.

With the continued generosity of its supporters, the charity’s work will go on every year as the effects of the Chernobyl disaster continue to affect those who live there.