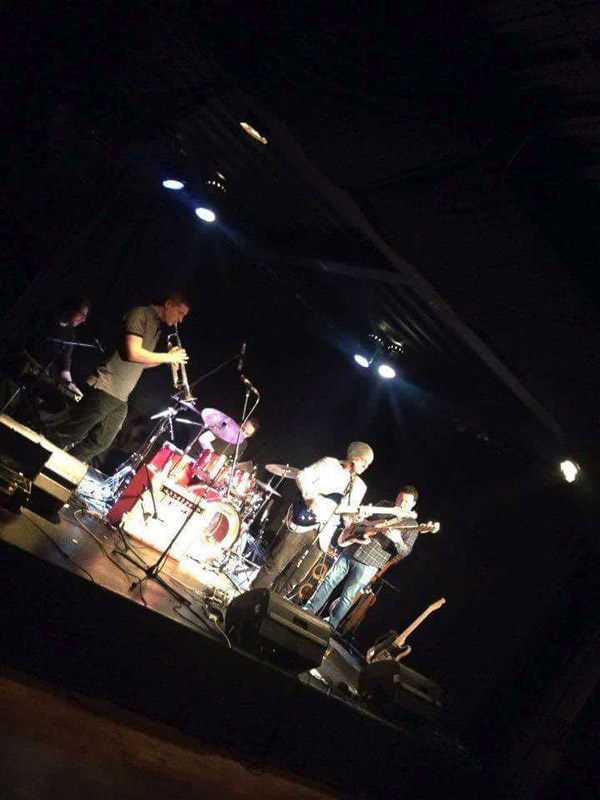 HAVING released their debut album just over a month ago, Belfast rockers Citizen Nobody – who hail from the north and west of the city – have increasingly been appearing on the radar of music aficionados across the city.

Glencairn’s David Cosby (vocalist/guitarist) and Beechmount lads Al Ó Donnghaile (drummer) and John McCann (bass guitarist), met through their shared love of music and shared unemployment in a job scarce area. While on the dole and studying sound engineering at Amps Studios in the Conway Mill, the trio decided to form a band.

Their eponymous new album features an entertaining mixture of raucous blues tinged riffs and stripped back folk tunes, an eclectic mix that David attributes to the band’s wide ranging influences.

“All the members of the band bring their own sound and talents and influences to the table,” he says. “I haven’t listened to mainstream popular music in years. The music I listen to now seems to be going further back in time rather than forward. Anything from modern Classical to Jazz and Blues to Krautrock to Van Morrison and Tom Waits to Sufi Qawwalis and everything in between. I’ve been in a Jazz coma for three years and I don’t intend to come out of it anytime soon.

“As for our sound – we are very lucky in that the members of the band are all friends and there is no competition or egotism in our band so it allowed our sound to evolve very naturally. I have a very weird mongrel style of guitar playing and everything in the band follows that and that seems to give us our sound.”

Channelling all of their musical inspirations and combined talent the band recorded and released the album with the help of local independent music label, Ram Alley Records. Releasing an album is no mean feat and David insists that it wouldn’t have been possible without the support of the label.

“It was great working with them. They are all great guys and have always been very supportive,” he admits.

“They had a big influence in that we were given the space to do what we wanted and free reign of the studio. It wouldn’t have gotten done without them. We recorded this album with no money at all so it’s a credit to everyone involved that we managed to get it done and out.”

Amazingly, the album was recorded in a three-day period and released shortly afterwards, which is an anomaly in itself, but David says that the band’s whole creative process is a mystery – even to himself as the songwriter.

“It’s all still very mysterious as to what this whole creativity thing is and where it comes from. I write songs very quick and spontaneously,” he said.

“It feels to me like music is around us all the time and anyone can do it, it’s like there’s a radio station buried somewhere deep in our unconscious and all we have to do is tune into the right station and copy down what’s there. I never think about songs they just come naturally.

“If you think about it you can’t do it or at best you force it and it becomes contrived. Basically I just write the song then bring to the band and we work out together what we’re all going to play then move onto the next.”

We might never know where Citizen Nobody’s creativity stems from but one thing about the band is unmistakable; the profound political and spiritual message communicated through their music. Asked about the message they hope to convey, David said: “I have been surprised by how we have been received as a political band because to me when a musician makes a decision to not be political it’s as much a political choice as it is to be political. Aside from that I’ve always seen our music as more spiritual than political but I guess in today's world that in itself is political.”

Citizen Nobody will play a charity gig for Shopmobility in Black Box on 30th June and feature at Sunflowerfest which takes place between 20th and 30th of July.

The Citizen Nobody album is available at www.citizennobody.com or at Belfast Underground Records on Queen Street.