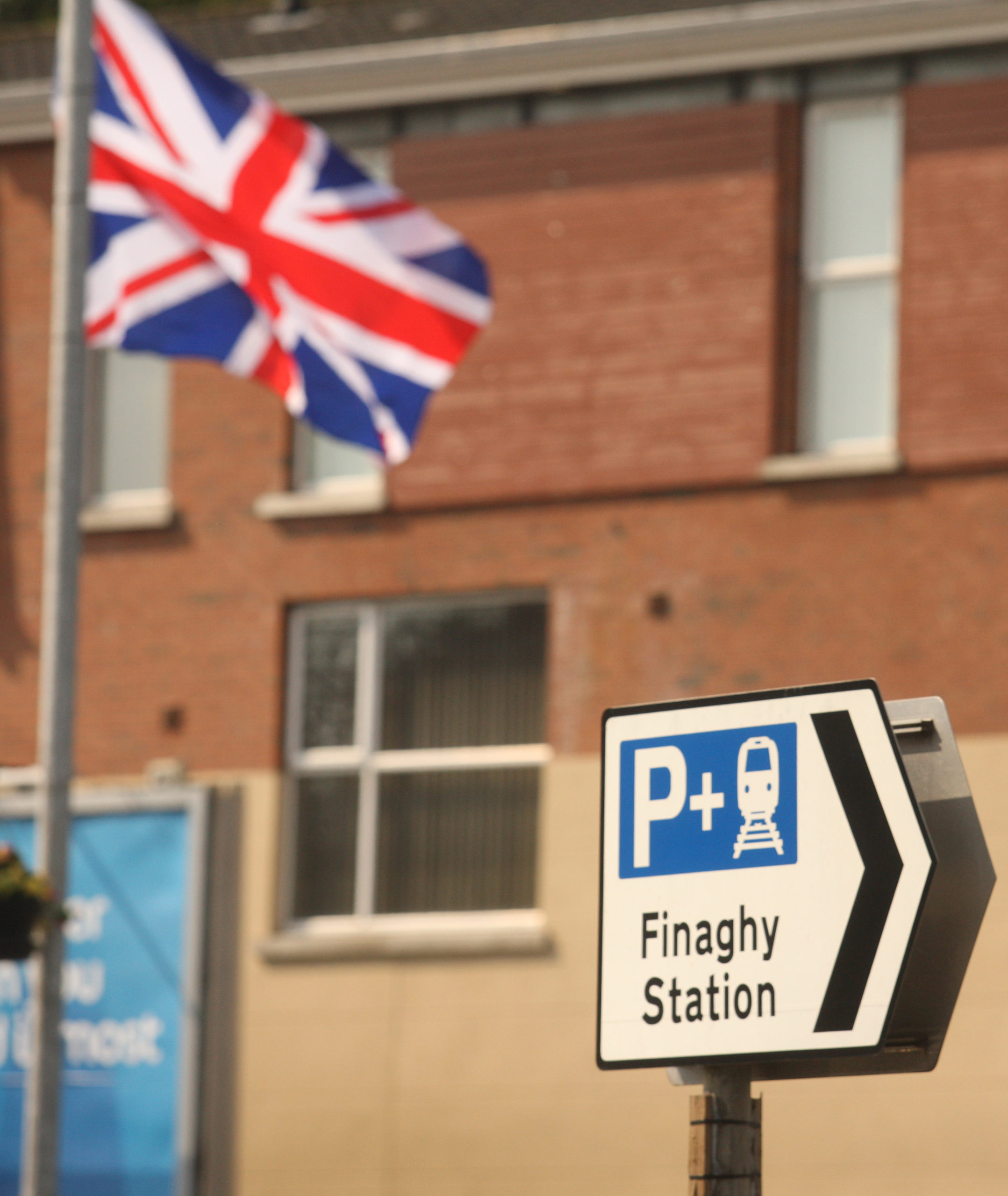 Flags were erected in Finaghy overnight

CONCERNS have been raised following the erection of loyalist flags at Finaghy crossroads last night.

The display in the religiously-mixed area comes despite the cancellation of this year’s Twelfth of July celebrations.

Although once a predominantly unionist area, Finaghy has become increasingly diverse over the years. However, the annual display of flags has led to deteriorating community relations in the past.

Traders around Finaghy crossroads had also previously complained that the flags were “intimidating” for customers.

Local Sinn Féin Councillor Geraldine McAteer said that, while she recognised people’s desire to “celebrate their culture”, many felt the flags are “overbearing”.

“This time every year I get phonecalls and emails from people who find the size of the flags and the amount of them offensive,” she said.

“Whilst people are respectful of each other’s cultures, Finaghy crossroads is a mixed area and people want to feel comfortable there.

“As the shops begin to open up again people want to move around freely without feeling that one culture is dominating over another.

“It’s a diverse area and people find that the flags are very overbearing.”

With Twelth of July celebrations on hold due to the Covid-19 pandemic, senior members of the Orange Order have urged young people not to build bonfires. However, in a statement announcing the cancellation of this year’s parades, the Grand Master of the Grand Orange Lodge of Ireland, Edward Stevenson, appeared to encourage the display of flags.

“The cancellation of the Twelfth of July parades is not without precedent,” he said.

"Parades were not held for a time during the First and Second World Wars or during the Spanish Flu epidemic of 1918. At these times, alternative ways to mark the occasion were found, such as flying flags and displays of Orange Lilies.”