Conlan: ‘Hearn’s mind games could get to Frampton’ 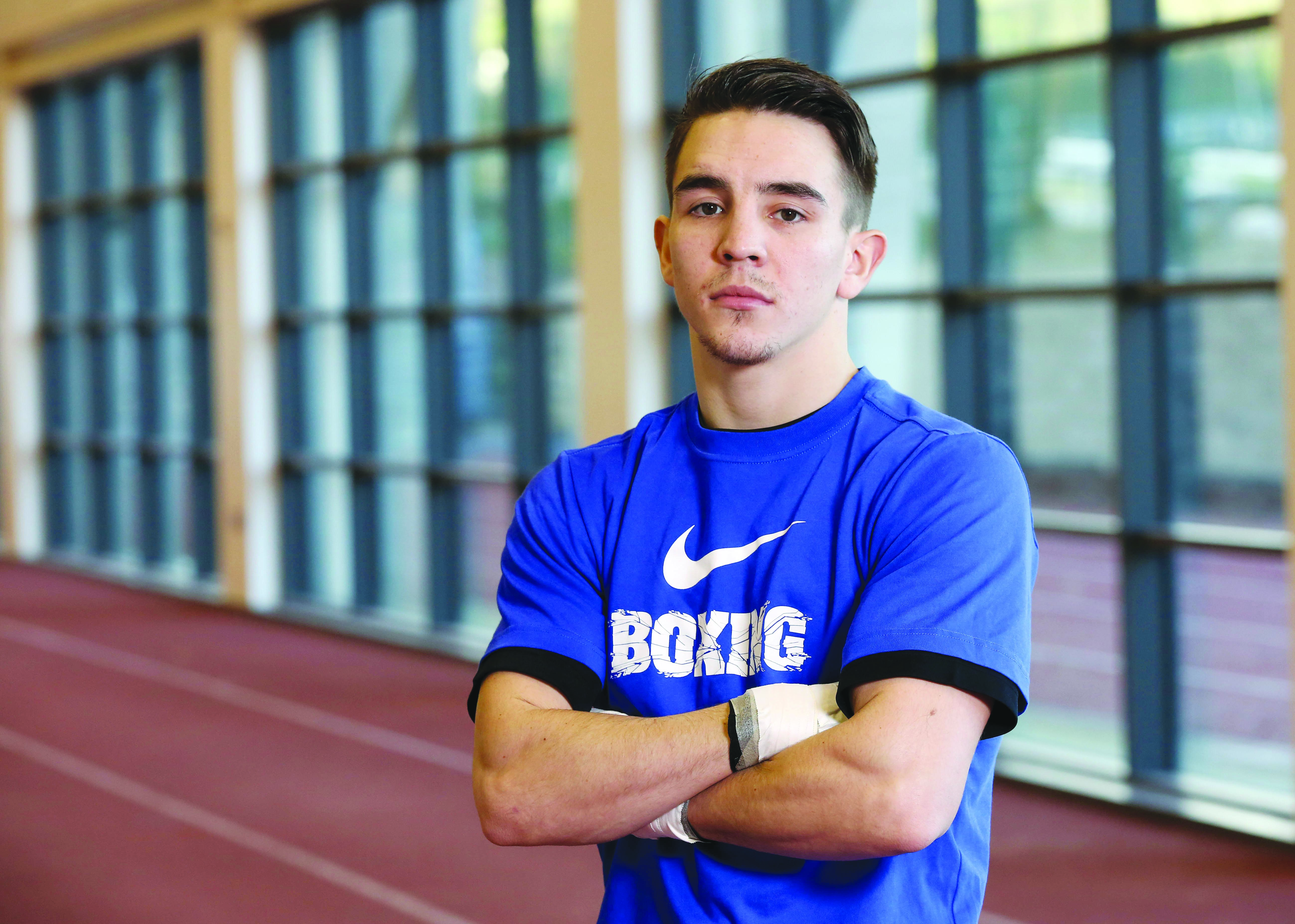 BELFAST Olympic boxer Michael Conlan has urged Carl Frampton not let Eddie Hearn’s mind games get to him ahead of next Saturday’s showdown with Scott Quigg in Manchester.

One of the most eagerly-anticipated fights of the year is rapidly approaching and several of the sport’s leading lights have been canvassed for their views on the big fight.

While most observes on this side of the Irish Sea are backing ‘The Jackal’ to win, Conlan says he has seen signs of Frampton rising to the bait in recent weeks with Quigg’s promoter Hearn predicting the fight will end in a “brutal” fashion.

“If he (Frampton) gets involved emotionally, he can lose the fight,” said Conlan. “You can see it going that way, the way it has been going on all the press tours at stuff. Carl seems to be biting a bit, when he shouldn't be.

“But that’s boxing. You can’t let people like that get to you. That’s their job, to try and wind you up and mess your head up.

“Eddie Hearn is just going to keep winding Carl up. “Barry (McGuigan) is getting to involved too – he needs to take a back seat.”

Despite his concerns about the tactics employed by the Matchroom team, Conlan still expects his fellow Belfast boxer to prevail at the Manchester Arena next weekend - although he doesn’t think Frampton will have things all his own way.

“I have been watching the build-up, it has been very interesting,” added Conlan. “I think Frampton wins if he sticks to the gameplan, but it’s one of those fights - anything can happen. You can't be 100 per cent sure who is going to win.

“Going on boxing ability, Frampton should be able to hold him off for the whole fight. If he does I think he wins on points or a late stoppage.

“If Quigg wins by any way, it is by knock-out. “I don't think Quigg can out-box him. “He might be able to out-rough him and out-work him. It’s going to be a good fight.”

Earlier on the same evening in July, Frampton was going through the toughest test of his professional career after he was put down twice by Alejandro Gonzalez in El Paso, Texas.

Yet Conlan feels that the Gonzalez bout, however unconvincing, will stand to the North Belfast boxer in his super-bantamweight unification clash with Quigg.

“That will definitely stand him in good stead,” said the World Amateur Champion. “It was a wake-up call and it happened to me in the World Championships. I let my guard down for a split second and I was caught and those things make you a better athlete and a make you a better fighter.

“I think it will stand to Carl in good stead coming into this match. “He will be a lot more cautious than he was in Texas.”

Conlan has previously stated his desire to fight Frampton in the future should he turn pro.

Many expect the Clonard boxer to do so after this summer’s Olympic Games in Rio. Conlan says the lure of the pro ranks could prove too strong but insists he will hold out on making a final decision until after the Rio Games.

“The one thing I have noticed in the build-up to the Frampton/Quigg fight is the money involved,” said Conlan.

“There is big, big money, big build-up and big fan bases going over for Frampton and Quigg. But, at the minute, I am going to hold off on saying I am going definitely to go pro at the minute.

“Something might change and I might want to stay and do the APB boxing, or the WSB boxing, whatever route is best for me after the Olympics Games is the route I’ll choose.”

Last year’s wins at the European and World Championships confirmed Conlan’s status as one of Team Ireland’s main hopes for gold at Rio.

Despite the added media attention, Conlan stressed he doesn’t feel under any added pressure but reiterated his belief that he will win gold in Brazil. “

The pressure side of things doesn’t bother me at all,” added the West Belfast boxer. “I have been telling people I am going to win gold at the Olympics.

“People might say that’s putting pressure on yourself but I am just telling the truth. I know what I am going to do. “Being the favourite, people saying I am under pressure doesn’t faze me at all.

“That’s what I am in the business for. I enjoy people putting all that hope on me.”