Countdown to greatest event of the summer 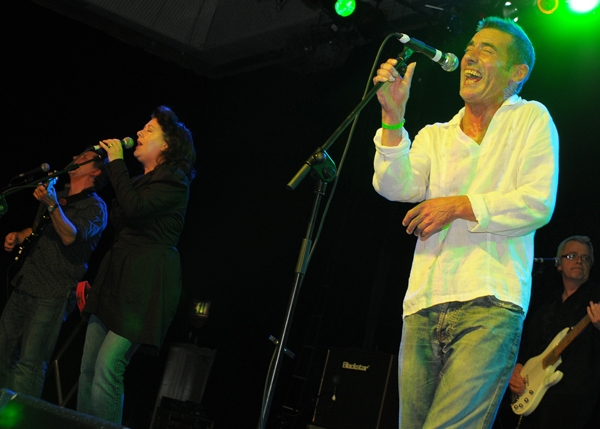 The Adventures will headline the event

THE giants of the local music scene will take to the stage at the Devenish Complex in Finaghy on 31 August for a glittering celebration of West Belfast’s Greatest Hits from 1969 to 2019.
And with the battle of the bands being played out online with readers of the Andersonstown News voting for their favourite singers, albums, showband, and live performer — among other categories – we’re also ramping up the volume by unveiling a special £299 table-of-ten offer.
That bargain price includes a two-course meal and awards ceremony, as well as performances by The Adventures, Brian Kennedy, Joby Fox, Gráinne Holland and Baraka followed by a Johnny Hero disco set.
You can vote for your Greatest Hits online now.
And you can also buy tickets by calling into our offices at Hannahstown Hill or Yorkgate. Single tickets are £35 and £299 for a table-of-ten. Or simply call us on 02890-608822.
The votes are flying in online already with 8,000 votes registered. Check out our shortlist and vote for your favourites now at http://belfastmediagroup.com/belfasts-greatest-hits-nominations/