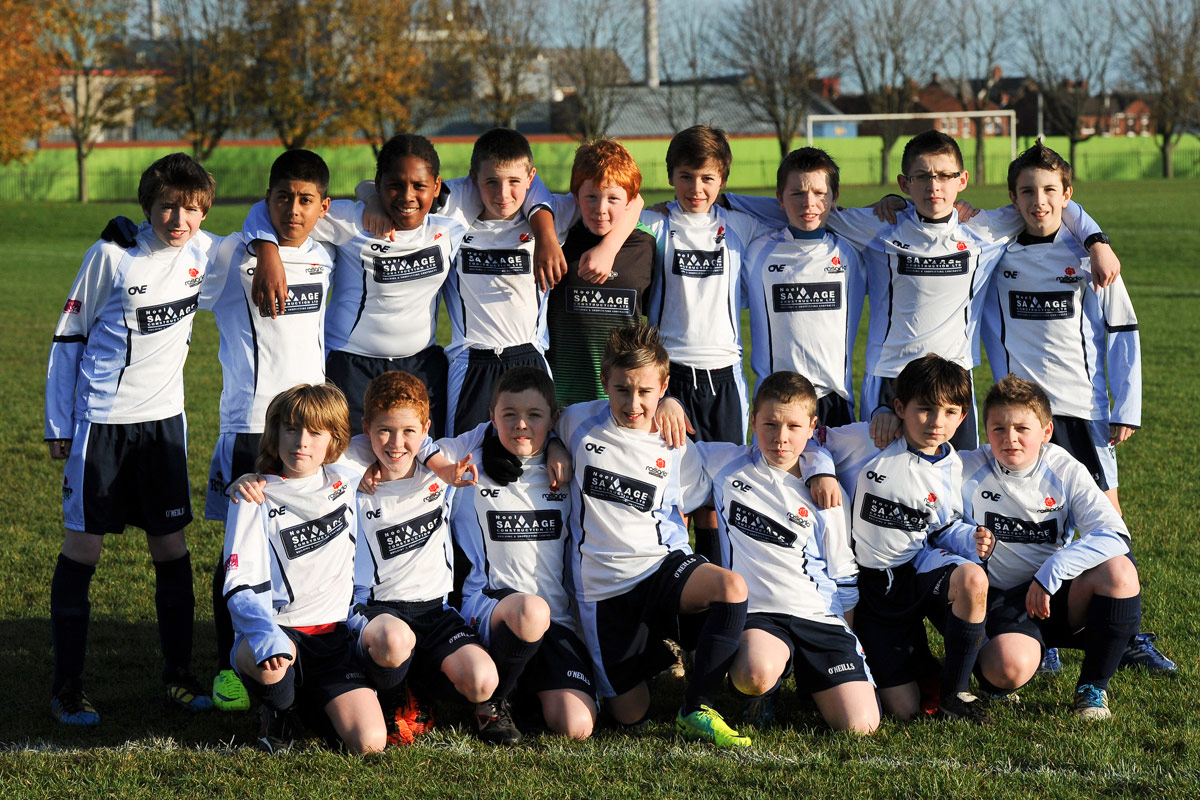 Calum Croskery hit five goals in a devastating display of finishing at Lough Moss on Saturday but this was far from a one-man show.

In Darragh Brownlee the Colts had the man of the match as he tortured the Maghera defence all day.

Joe Sweeney was excellent too and the Curran and Murray midfield combination is improving with every game.

The Colts raced into a 3-0 lead in the first 20 minutes with Brownlee and Sweeney instrumental in the first two goals for Jason and Calum Croskery.

After Calum had scored his second goal, Maghera were rewarded with a gifted goal on the half hour. Just before half time the Colts could have added to their tally when a Doherty shot was saved and a Brownlee penalty was also saved. The Colts dominated the early exchanges of the second half and Calum scored his hat-trick when he rounded the keeper and fired to the net after a Connolly pass.

Johnny Henry scored his now customary goal midway through the half. Maghera had a few half chances also but McConville, in goals, was always alert. Croskery added a sixth from a tap in after good work from Rea and Henry but his best goal was saved to the last when he confidently volleyed Morris’ cross at the near post.

The game petered out in the last fifteen minutes with Maghera scoring a consolation goal late on. A super display from the Colts with Brownlee, Sweeney and Calum Croskery the pick of the bunch.

While the scoreline is not a fair reflection of the game, this was an abject performance from the Colts in the first half – at the end of which they found themselves 4-0 down.

The problems began in the first minute when Comber were virtually allowed to walk the ball into the net unchallenged. Colts initially responded well and Danny Toal fired in a great shot which the goalkeeper pushed away.

After conceding a soft second, Carryduff were aggrieved when Comber scored a third after the ball had clearly gone out for a goal kick. Their frustration grew further when Jonny Murray was brought down in the box but strong penalty claims were brushed aside.

Comber added a fourth on the half hour mark and it could have been even more embarrassing had it not been for a great goal-line clearance by James Artherton.

Carryduff were much better in the second half and created a number of chances.

The best chance fell to substitute Gary Fletcher, however, he failed to convert the penalty although he had an excellent game otherwise. Toal also forced the keeper into another fine save while a Ryan Beattie shot, after being put through by Michael Deeny, was well gathered.

Comber added a fifth against the run of play as Carryduff pressed for a consolation.

Michael Mooney had an excellent game while Fletcher was superb in the second half.

After the wonderful display last week at league leaders Rosario, the Colts faced a potential banana skin against Shankill.

The Colts started off on top with the front line of Mark Agnew, Connor Maguire, Brennan Mullholland, and Tommy Connery forcing the Shankill defence to frantically clear.

In midfield Ben Davis and Elijah Doyle were impressive while in defence Ronan Lavery marshalled his back three of Connor McCann, Ryan Murtagh, and Connor Cunningham well.

In goals Simon Henry showed why he is regarded as the best goalkeeper in the league. The Colts should have taken the lead after ten minutes when Mark Agnew’s shot rattled off the upright with Connor Maguire inches from connecting with the ball.

The Colts made changes at the start of the second half with Paddy Hynes slotting into right back and Christopher Campbell resuming his partnership in midfield with Ben Davis.

A nasty challenge saw Tommy Connery replaced by Dylan Strong who was guaranteed to give their defence a torrid time.

With 15 minutes to go a neat pass from Christopher Campbell to Ben Davis saw him unleash an unstoppable shot from the edge of the box.

Shankill looked down and out and it was game over a minute later when ace predator Dylan Strong followed the ball in from close range.