Dipping your toes in a distinctly weird experience 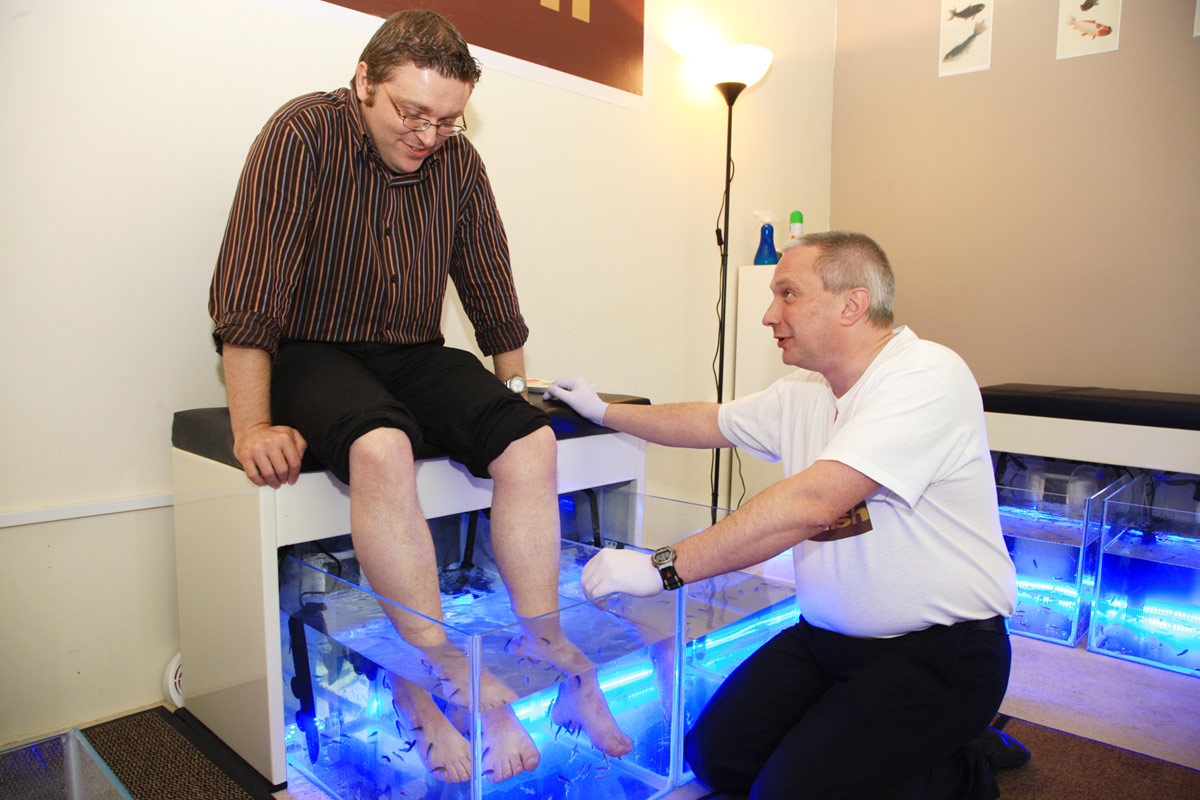 I’ll be honest, it wasn’t up there as being among my great ambitions in life. You know the type – go into space, play a game of football at Old Trafford, even the stereotypical swimming with dolphins. You’ll notice having my feet nibbled by small fish in front of a baying crowd is not on the list.

But still, the idea intrigued me. So much so that when the question went around the office asking who wanted to go to Feetish in the Park Centre to experience the sensation first hand, I was ready to fight off all comers in order to ensure I got the gig.

Except no-one else showed any interest, so it was left to me anyway. 1-0 Scott.

One of the first hurdles I had to cross was not getting sacked. Namely, when I entered the term ‘Feetish Belfast’ online in order to do a bit of research, the well-known search engine I used came back with ‘Do you mean fetish Belfast?’ complete with a series of links to sites that would probably make Charlie Sheen blush.

As for the second barrier…how shall I put this delicately…the fact that I have been labelled the blokeiest bloke in the world, which I take a certain male pride in. Going to have your feet treated, albeit by having hundreds of tiny aquatic creatures biting off dead skin, seemed a little….girly.

But praise be, because the kooky idea was overruling any reservations I had about having what was essentially a pedicure. So, masculinity in check, off I went to the Park Centre and Feetish to do the deed.

Once there, I was met with another pressing problem. I’ll confess, while my feet are not in exactly bad condition, they are slightly…funky. And I don’t mean James Brown funky either.

I was having visions of an exclusion zone being created around me as I peeled off my shoes and hundreds of dead fish floating to the surface as I plunged my feet into the water.

Another potential problem had already been dealt with - anticipating the day ahead, I had made sure the socks I had on were plain black (ie no cartoon characters or suchlike) and with no holes in them (you’d be surprised at how many of mine do. Or maybe you wouldn’t). So long Yoda and Homer Simpson, you have served me well but this day I was going for simple and boring.

And so the moment of truth arrived.

After my apologies to owner and operator Brian Luke over my pigging pegs, I gingerly lowered my feet into the tank and awaited the inevitable mauling they would receive from the Turkish Garra Rufa fish.

And it was…weird. Good weird but weird nonetheless. The best way I can describe it is imagine your feet being tickled all over, only by lots and lots of fish.

Although they don’t have teeth, they nibble away dead skin, of which I seemed to have plenty. These guys probably couldn’t believe their luck – it was like breakfast, lunch and dinner rolled into one for them.

Once I got over the initial strange experience, it was very relaxing. Not quite sitting with your feet up having a beer and playing Xbox, but I’d still recommend it.

That said, as soon as I’d finished and taken my feet out of the tank, Brian offered me moisturiser for my feet if I wanted it.

There goes that masculinity again.