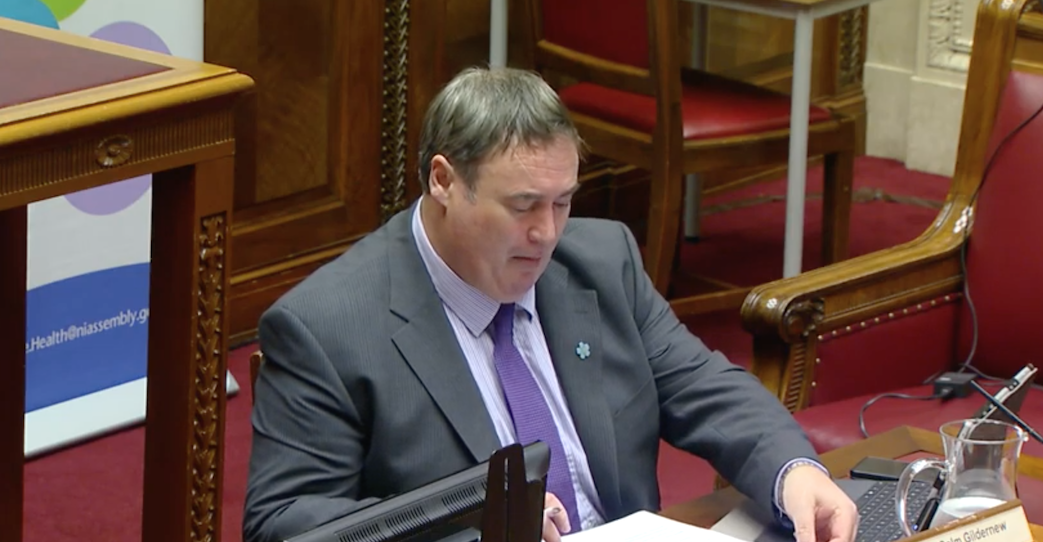 Dr Michael Donnelly has been following the latest meeting of the Stormont Health Committee as Covid cases soar.

With the schism between the DUP (‘wealth’) and Sinn Fein (‘health’) now out into the open, it's my view that the health and social care services may be overrun if the advice is not taken to quarantine or lockdown for six weeks, at least, to prevent further spread by unregulated socialising. It was against this worrying background that MLAs gathered for the weekly meeting on Thursday past.

The almost-forgotten RQIA Inquiry into our care homes debacle got a mention at last Thursday's meeting of the Health Committee at Stormont which was attended by
Nigel McMahon, Chief Environmental Health Officer, and Professor Ian Young, Chief Scientific Adviser.

The Committee met amidst growing rates of Covid-19 in Newry, Mourne and Down and in Derry/Strabane, rates which are of great concern. Similarly concerning is the arrogance which is shaping the failed response to the pandemic emanating from Westminister.

The entire city of Liverpool is to close down with Nottingham not far behind with 761 cases per 100,000.

In the North there are 134 patients in hospital and 19 in intensive care and it is hoped that they can benefit from treatments.

Arrogant assumptions of competence and strength have been brutally exposed by the complicated and dangerous realities on the ground.

Total cases in the UK now accede the March peak at 3451 cases, doubling every 7-14 days. The health service will again have to be protected by cancelling surgery and cancer treatments and hoping that parallel flu vaccinations will reduce admissions from other chest infections.

My response to Professor Sunetra Gupta's idea to let SarsCo-V2 spread to all people now, like other seasonal coronaviruses pic.twitter.com/kyYqOkoYo1

Arrogant assumptions of competence and strength have been brutally exposed by the complicated and dangerous realities on the ground. The failure to immediately take WHO advice, the cancelling of testing on 12 March and the failure since then to establish an efficient and effective  track and trace system which would help us to control this virus have all come back to haunt us.

God be with the days when we thought this was easily manageable.